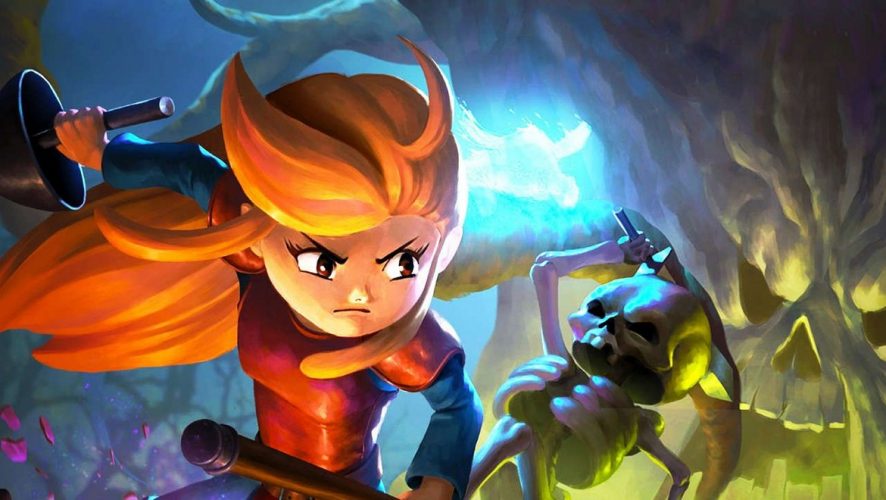 With the arrival of the Nintendo Switch, retro-style games have seen a resurgence like never before. It helps that a new generation of gamers is being introduced to something new, but there will be a tipping point where bringing back all things retro might not be a good idea, and we’ve just hit it this time around. 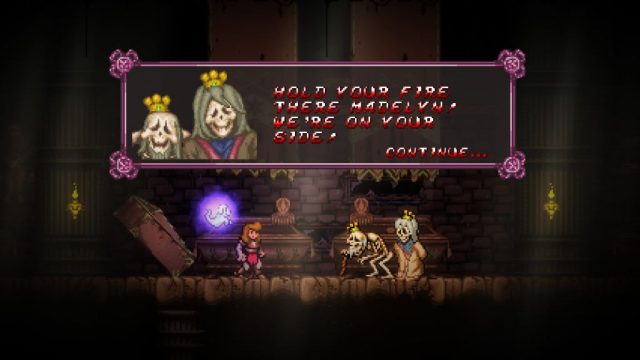 Causal Bit Games’ latest, Battle Princess Madelyn, is a retro-inspired adventure platformer that brings the joy of gorgeous pixel graphics, but it also comes with punishing difficulty and outdated mechanics that would make you wish for more modern trappings.

You cannot look at Battle Princess Madelyn and not think of the Capcom classic, Ghost ‘n Goblins. Both the action and platforming echoes its spiritual inspiration, and certainly improves on it graphically. The pixellated characters, the backgrounds, the animations are all more appealing to the modern eye, and enemy design, while familiar, does enough to change things up to become their own versions of classic foes. Even Madelyn, the titular Battle Princess, moves and controls similar to Arthur.

With her entire family kidnapped by an evil sorcerer, our warrior princess sets out on her quest to vanquish the land of evil, accompanied by her ethereal companion, the recently deceased Fritzy the dog. With the burden of the kingdom on her shoulders, it is a difficult task to ask of anyone. 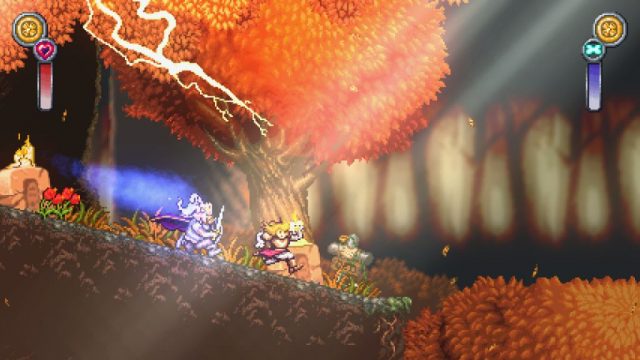 And difficult it is as you explore the dangerous world filled with spooky tombs, dark caves, haunted plains, and the like. Enemies hit hard and the knockback can often be your demise as you fall into a pit or spikes, and losing all your energy means you have to restart an area.

In a game with little checkpoints and sprawling areas full of danger, the game requires players to explore and backtrack like a Metroidvania, and that’s where Battle Princess Madelyn descends swiftly into an exercise in frustration. It is definitely not helped by a lack of direction or explanation about the world and how it works, and getting lost happens way too easily with the interconnected areas. 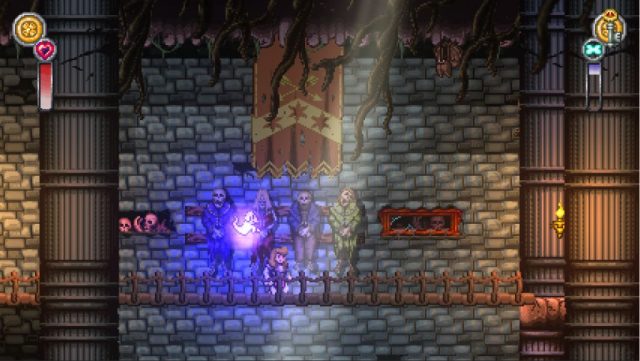 Progress is gated by abilities and quests, many which will send you on a hunt for a MacGuffin that you will have no easy way of tracking or even know what to do. The amount of needless wandering and backtracking certainly does not fit the freewheeling design choices made in this aspect.

Thankfully, all these problems are constrained to the Story Mode of Battle Princess Madelyn, with the Arcade Mode more reminiscent of its arcade inspirations. 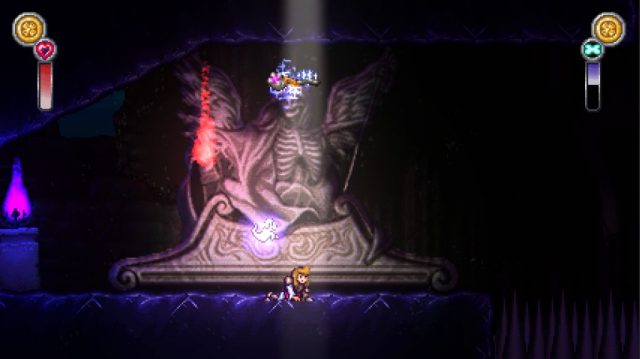 A variety of weapons, the neverending flood of enemies, and the precious buffer of your armour will bring back an unmistakable feeling of nostalgia, but the formula has also been improved.

Madelyn certainly controls better, especially when double jumping, and you can recover a portion of your life by vanquishing enough foes. You can even utilise a magical homing attack using Fritzy, which can be a great aid in some of the tougher sections further into the game. 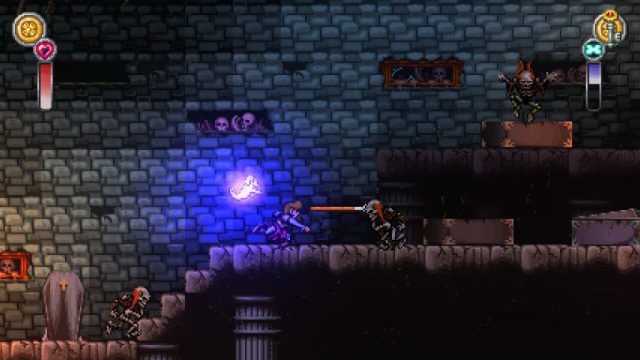 As opposed to the convoluted nature of the Story Mode, Arcade Mode is challenging but also rewarding, and paced thoughtfully that can keep players coming back for more even when failing over and over again. It is a homage to old-school games, and it remains as enjoyable now as it was back then, with the benefit of unlimited continues!

Aside from the pixel goodness, the soundtrack of Battle Princess Madelyn is certainly soothing for the ears. Be it the orchestra version or the much-preferred chiptune one, it is a joy playing through a game backed by such a pleasant auditory experience, and help lessens the frustration even just a little bit. 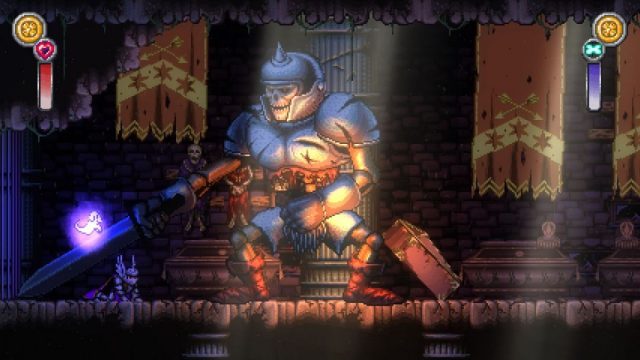 Battle Princess Madelyn is unapologetically old-school, and that brings with it both the good and the bad. It looks and sounds fantastic, but that does not paper over the cracks of subpar mechanics and frustrating design decisions. Performance on the Nintendo Switch is not ideal either, with slowdown and stalling occurring way too often.

There is a great core within Battle Princess Madelyn, but until it is truly polished, it is hard to answer the call to save the kingdom with this royal princess.

Beautiful visually and pleasing on the ears, Battle Princess Madelyn could have been much more. Unfortunately, it is bogged down by poor design choices and mechanics that need a more modern touch.