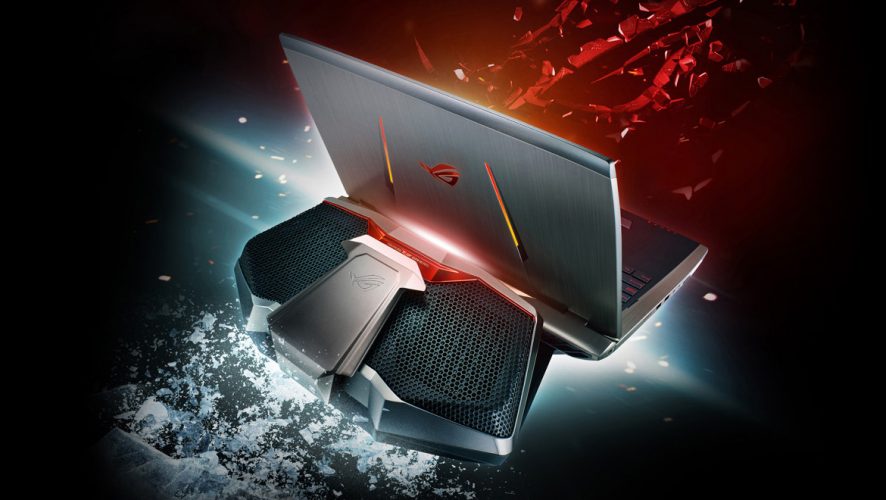 While PC users can always count on the flexibility of their hardware to cater to their unique user needs, there are some caveats. A desktop can be extremely powerful, but it cannot be portable. Portable machines might lack the muscle, but they make up for it with alternate designs, such as a hybrid device.

If you’re looking at water cooled systems though, the only options are desktop because who has ever heard of a water cooled laptop?

This is where Taiwanese PC maker Asus decided that it needed to re-invent the definition of performance gaming laptops with a dash of badassery, by coming up with something so outrageous, that it tethers on the edge of insanity. The result is the ASUS GX700.

At this point in time, most readers would wonder, isn’t a gaming laptop just a regular laptop with a better than average graphics card? Sure, the Asus GX700 differentiates itself from other gaming laptops with a desktop grade GTX980 graphics card that would put even some gaming desktops to shame, but what makes it truly special, is the world’s first water cooled laptop chassis. Now, water cooling is used to more efficiently lower temperatures of heat generating components in a desktop, such as the CPU as well as the graphics card (GPU). With controlled lower temperatures, users are able to increase the performance of these components, which were previously unattainable due to thermal restrictions.

The water cooled parts need to wrap around the hardware parts, which limits its use on laptops, but what if the frame was designed with a liquid exhaust system?

The first thing that all buyers of this laptop will notice, is that the machine has its own travel suitcase, complete with the new ROG color scheme. Inside the suitcase, users will find the Asus GX700, the Hydro Docking Station, power adapters for the laptop as well as the docking station, an ROG SICA Gaming Mouse and GX700 manual. These are all neatly and tightly packed into their respective foam compartments.

The GX700 looks almost similar to the G752, with huge vents in the rear flanked by the familiar silver and orange color scheme, the silver ASUS logo on the top cover, and the keyboard layout. Upon closer look, you would realize that the GX700 is slightly slimmer, and those air vents are now smaller, and supported by industrial server grade self-sealing valves and power connectors. Also absent is the DVD / Blu-Ray drive that is present in the G752.

Audiophiles would be pleased to know that ASUS has decided to have their speakers on the side, instead of placed at the bottom, allowing for slightly better sound quality profiles. 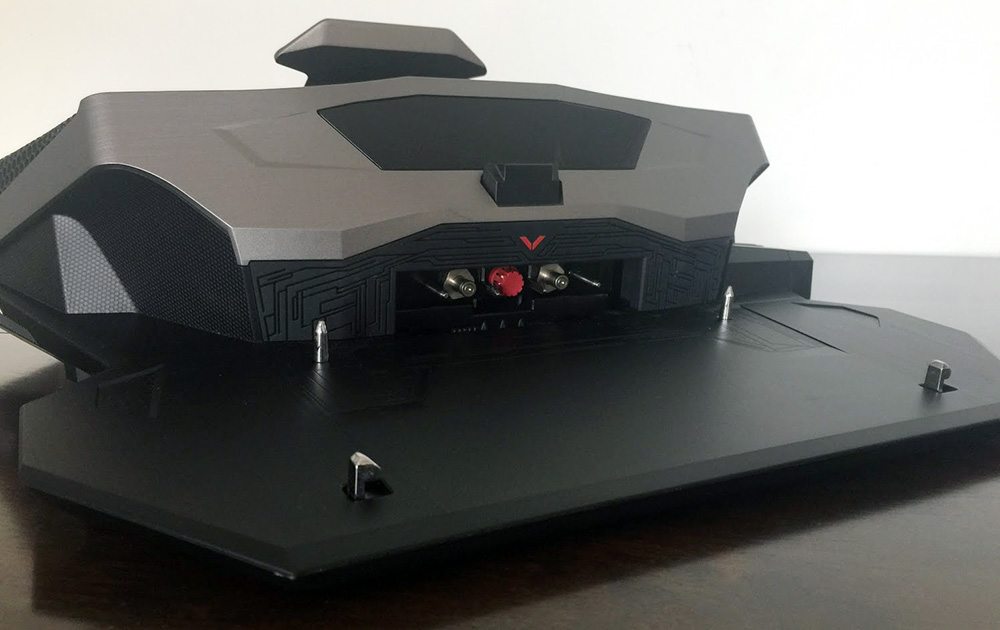 This time, it also comes with a docking frame and this centrepiece is what makes time travel possible. No? Ok, it’s where the secrets of water cooling is hidden. This of the GX700 as the Iron Man suit, while the massive dock as the Hulkbuster Veronica. The dock weighs slightly more than the GX700, and serves as how the Hulkbuster allows Iron Man to get a strength and weapons upgrade when connected.

When docked, the components of the GX700 switches from being air-cooled to being water-cooled. This enables the laptop’s processor and graphics card to be automatically overclocked, allowing for a massive increase in performance. There are what looks to be copper pipes that run to the heat sink of the processor and graphics cards, which allows the coolant to circulate from these components, and back to the massive radiators in the dock, which helps to dissipate the heat.

Users would need to be mindful that the dock needs to be powered for it to be operational, and that the power brick for the dock and laptop are two different items. The laptop can be charged directly when docked, but once removed, it uses a different power brick. When undocked, users might notice some minor green residue at the valves of the GX700, or on the dock which is normal. However, if there are drops of liquid on either end, users are advised to bring their machines in, as there might be issues with the rubber seals. 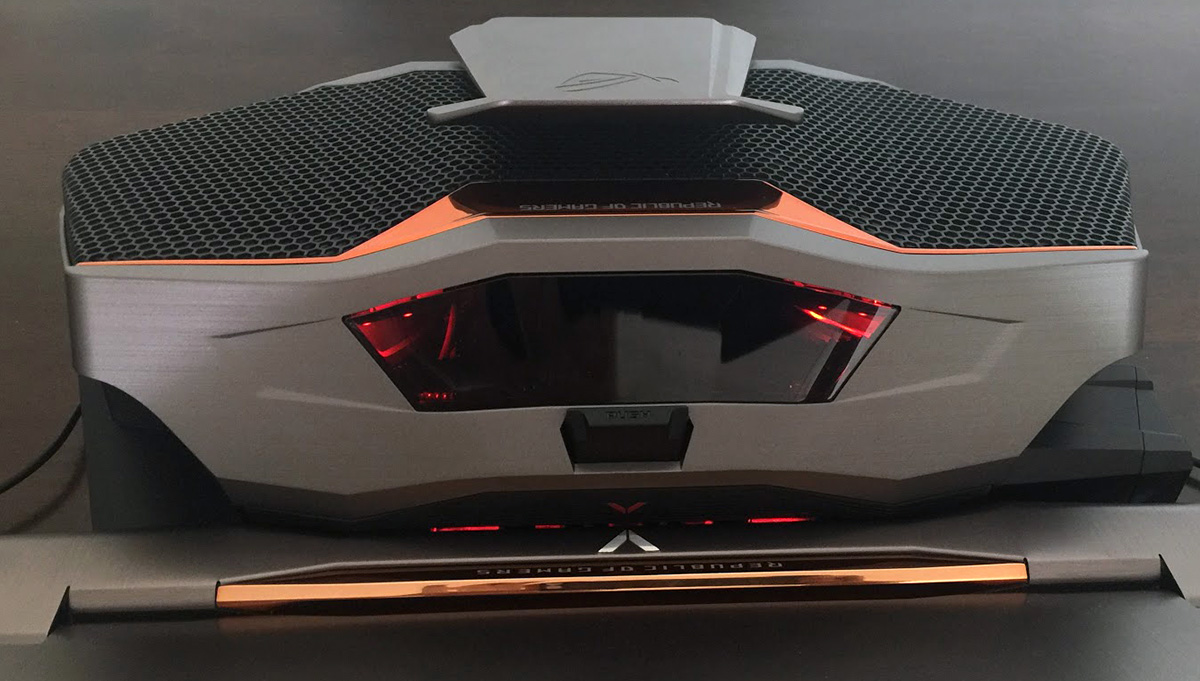 ASUS has said that there is enough coolant in the dock to last for 2 years, but if the coolant runs lows, it can refilled or replaced for free during the warranty period. After the warranty, users will have to pay a service fee. ASUS does not recommend that users attempt to replace the coolant themselves, as they might damage the valves in the process, resulting in leaks and damages in the machine.

The GX700 is also powered by the new Intel Skylake Core i7-6820HK processor, which is the company’s first overclockable CPU.

So what happens when their powers combine?

On its own and running Cinebench, the undocked GX700 performs just slightly better than the i7 3770 desktop grade processor, at 682 vs. 662. Which is fairly decent considering the processor is not overclocked. 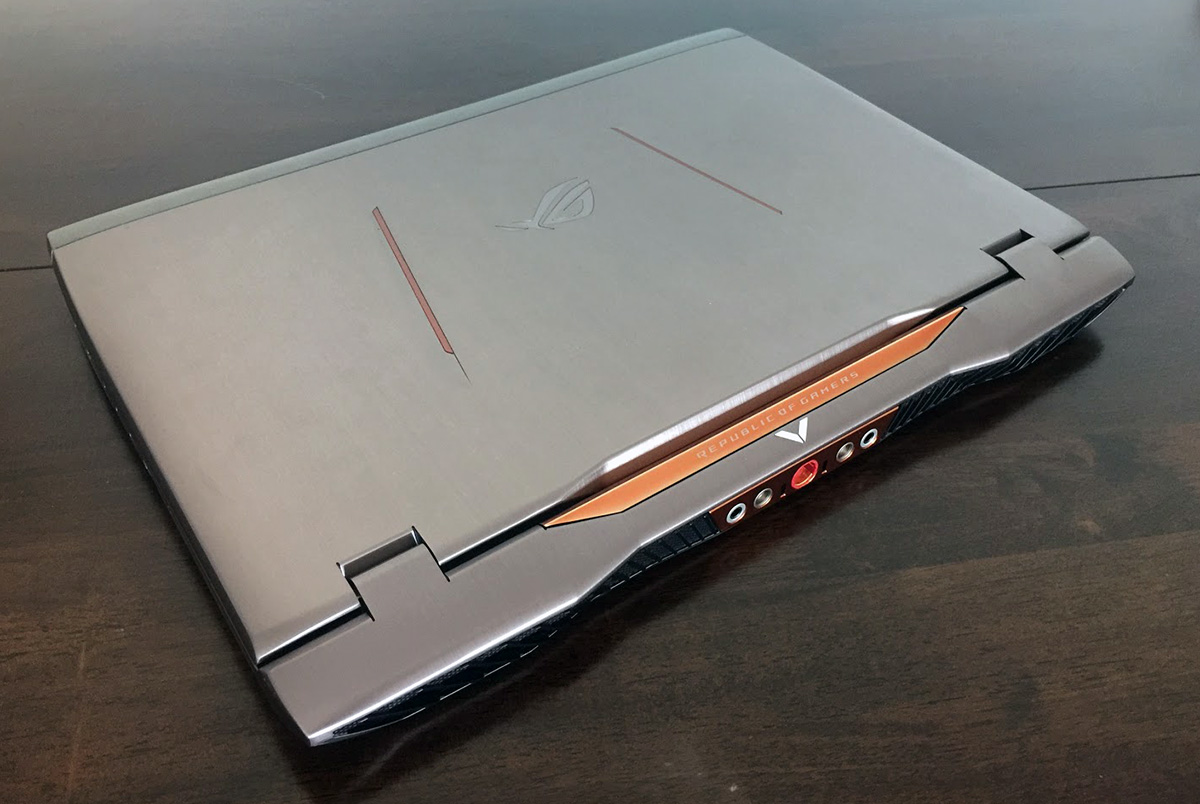 Running Unigine Heaven Benchmark 4.0 with Ultra settings, the GX700 scores a low 584, likely due to the lack of overclocking as well as thermal throttling on the GTX 980. During this test, the GTX 980 temperatures hovered between 570°C to 600°C, which is not too bad considering that most laptop graphics cards tend to heat up a lot higher than that.

Running the same benchmark test, there is a significant increase in scores on each of our tests, as the GX700 automatically overclocks its CPU (from 3.2Ghz to 3.6Ghz) and GPU (from 600Mhz to 1190Mhz) during a docked state. The first thing users will notice is that the fans in the dock would be slightly more audible, as the liquid pumps and fans will be revved up to increase circulation in the dock so as to help dissipate heat faster. This results in the dock getting a bit warmer, which is completely normal due to larger heat build up.

In Unigine Heaven Benchmark 4.0, with Ultra settings, the GX700 performed well with a score of 1465, which is very similar to a system with i7 4770K, paired with a GTX780. Throughout this test, the desktop grade GTX980 remained at a frosty 60+0C

Weighing in at nearly 4kg, the GX700 feels more at home on a desk than in a backpack. With a 90Wh 8 Cell Lithium battery, the machine is self-sufficient for slightly under 2 hours. With its true operating performance only unlocked when it’s docked, this further re-emphasizes the whole concept of how the GX700 feels more like a desktop replacement than an actual laptop.

Priced at S$6,198, it’s also painfully obvious that this machine is not for everyone. In fact, this is only for those with a higher disposable income, and want something that is on the bleeding edge of technology with bragging rights. Potential buyers might question the logic of paying this price for a laptop that doesn’t even have a 4K screen but a HD screen would have to be enough, since a GTX 980 card would struggle to run games on a 4K screen.

Armed with bells and whistles that puts some gaming desktops to shame, its desktop grade graphics card ensures that you never have to settle for settings less than high. The over the top watercooling setup also provides you with that extra kick when you need it.

The Raid 0 SSD configuration ensures that your laptop runs incredibly quickly. In terms of keyboard, we get a custom full-size keyboard layout, complete with a number pad as well as red backlighting, and the usual 30 key rollover. You also 6 programmable macro keys to help you out in your gaming adventures, or with some over the top Excel macros.

The audio from the built-in speakers still has much to improve on, with bass and treble sounding flat and unimpressive. However the side placed speakers of the GX700 is much better than on previous models, where they were placed under the laptop. 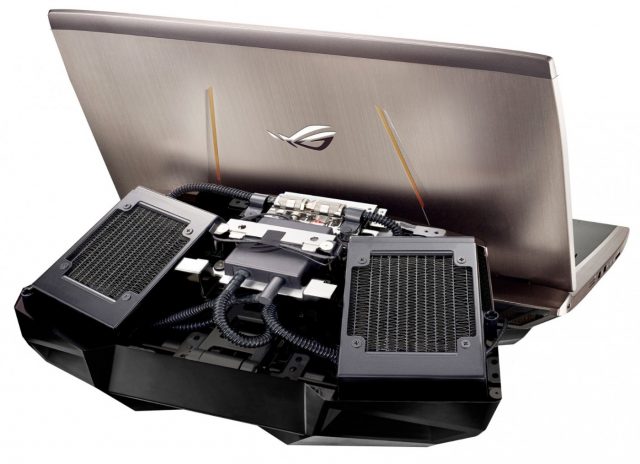 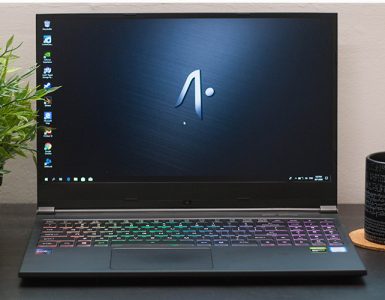 Quality combo wombo on the go.

DOOM Eternal’s Battlemode Looks Like A Hell Of A Time

Rick Moranis Returns For Honey, I Shrunk the Kids Sequel