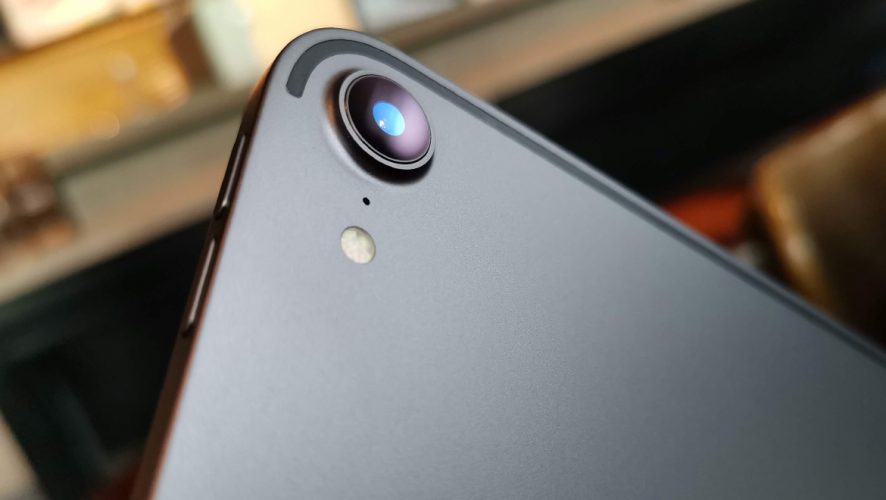 This is a review of the Apple iPad Pro (2018) after close to four months of use.

Having spent four months on Apple’s latest iPad, there is no doubt that the company’s plan to ultimately have a tablet replace the laptop is only a matter of when it will happen, not if.

This latest version is already more feature-packed than a Chromebook, more versatile than a Surface, and a thinner, lightweight, faster, sleeker performer than some of the ultraportable laptops in the market. It helps that other than packing more powerful and better hardware in the 2018 model, Apple has also made certain changes to the iPad, to make it a better performer. 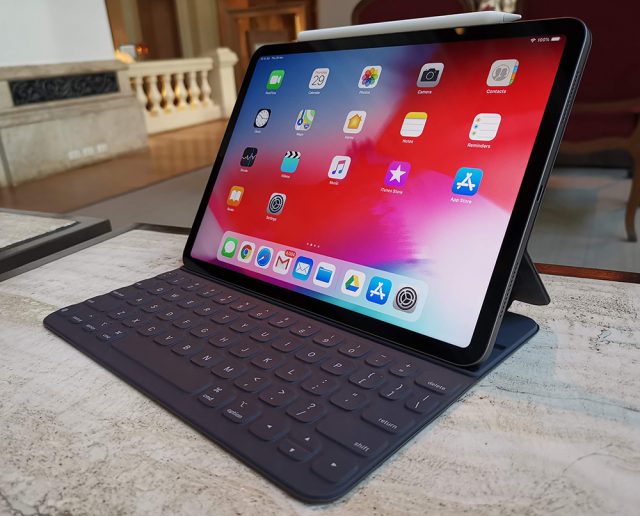 Instead of a Lightning connector, the new iPad now uses the generic but more widely used USB-C connector, so if you have spare chargers or cables lying around, you can use those with this device, and not spend a premium on more Apple accessories.

The Home button is gone, so aside from the power and volume buttons, the new iPad is a full touch screen device. Instead of touch biometrics (since the Home button is gone), users can opt for facial recognition. For those of you filled with scorn having dealt with terrible facial recognition on other devices, Apple’s implementation is a robust one. 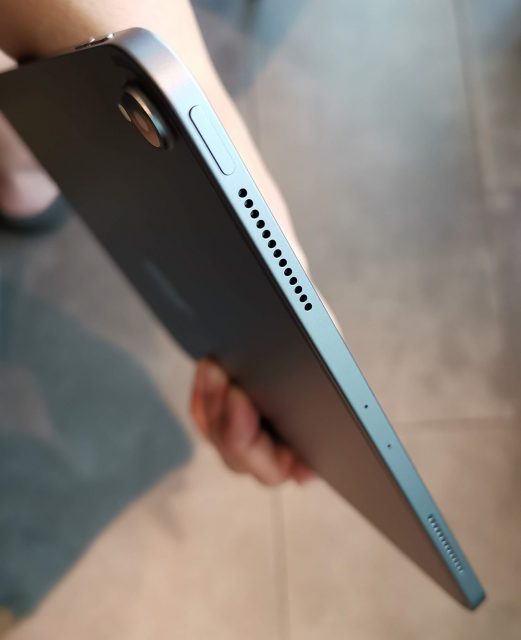 Instead of having to hold the device up to your face, the facial ID here is able to scan your face from multiple angles, whether you are standing at your desk looking down on your tablet on the table, or simply staring at the screen. That’s right – you don’t even have to stare at the camera, as a cursory glance at the tablet is enough to enable the security unlock feature.

If it doesn’t scan your face during the first try, simply swipe the screen again and the tablet will unlock. I have done so in the day, in dimly lit rooms, and even in the dark and very few biometric devices are as precise, and even fewer are not made by Apple.

For those who miss the Home button, the new gesture controls here are incredibly intuitive. A light tap on the screen unlocks the display, and a swipe up from the bottom of the screen gives you access to common apps, or returns you to the Home screen. A swipe from the top reveals Settings, which you can easily pick from. The Home button, much like a removable battery, is a comfortable tool we are used to, but don’t necessarily need.

Design-wise, the new iPad is also a departure from the earlier models. The curved edges on the rear that reach out across the back have long been a design aesthetic from all iPads, but now, the iPad has a uniform width around its 11-inch display. Think of it as a really thin hardcover book. Because of the lack of button on the Home, the device is all screen, providing more real estate, to surf the Net, or watch videos. 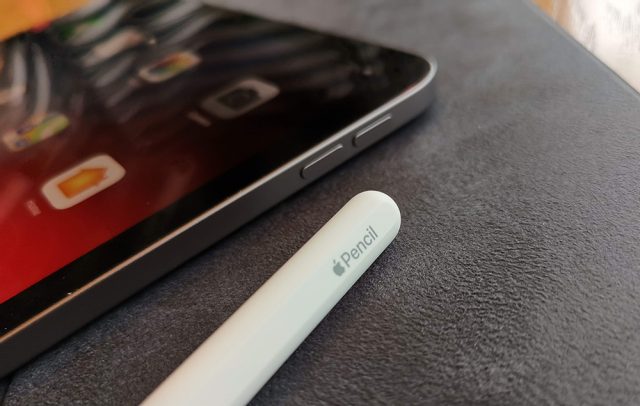 That said, not all apps are optimised for the screen. Because they were written for the standard 9.7-inch iPad and not for a larger screen, be prepared to see black borders on the screen. And after four months, the issue remains. It’s by no means a deal breaker, but just as how Android apps cannot scale to fit the different screen sizes of the hundreds of displays, it looks like we’re in a transition where app developers decide if they want to cater to the bigger display.

Performance wise, the new iPad has no equal. From typing on the go with the Smart Keyboard Folio for 11‑inch iPad Pro (S$269), to watching content, or using the new Apple Pencil (S$189), there has not been a performance lapse with the device in all this time. Battery life remains amazing, lasting for more than a day with continued if not sustained use. The speakers, now located on both ends of the unit, provide solid audio performance, from viewing Netflix content, to YouTube videos. 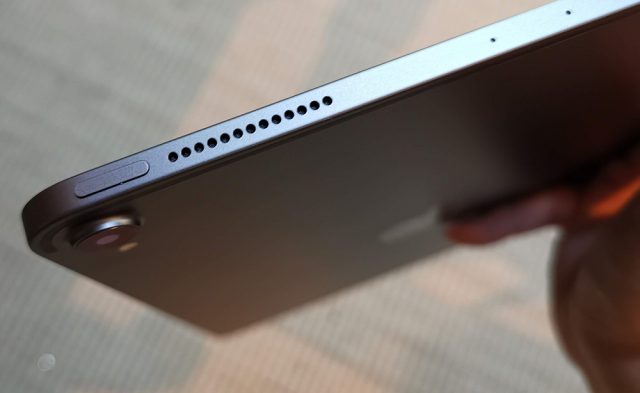 But as Apple is, the new iPad Pro is not cheap, and we’re not even talking about the device alone. The Folio keyboard unlocks more features and for those looking to use it for design, it means getting the new Apple Pencil, because the new models will not work with the older pencils.

For one thing, the older Apple Pencil uses the lightning connector for charging purposes, while the newer Pencil charges wirelessly. It magnetically attaches itself to the right side of the tablet, and an on-screen pop-up will show how much battery is left on the device. Leave it, and the tablet will charge the Pencil. 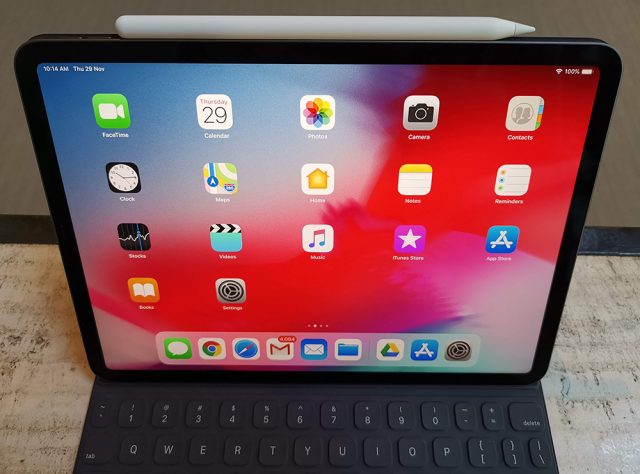 And as precise as the first Pencil was, this version is even sharper and more acutely able to detect pencil strokes on apps such as Procreate. Unlike other stylus or pen-like instruments, the Apple Pencil looks and feels like an actual writing instrument, instead of being an approximation that tech companies designed, to trick consumers into thinking it is one. When doodling on Procreate, the Pencil glides over the glass screen, and every slight push of the tip generates a corresponding result on the screen, be it a deeper pencil mark, or a thicker brush stroke.

One incredible feature is not even an obvious one. Because it magnetically attaches itself to the edge of your iPad, there is a flat edge that runs the length of the cylindrical design. That edge also prevents the Apple Pencil from rolling off the table by accident, as it allows the Pencil to sit securely on any flat surface.

So what makes it a good laptop replacement? There’s the convenience factor, the small form factor and the software support. With Microsoft Office available, users can easily create, edit and send documents. Otherwise, there are the free Apple and Google options. There is little that the iPad can’t do, from making video or photo edits, go online, or even take sharp videos and photos with its 12MP rear camera. 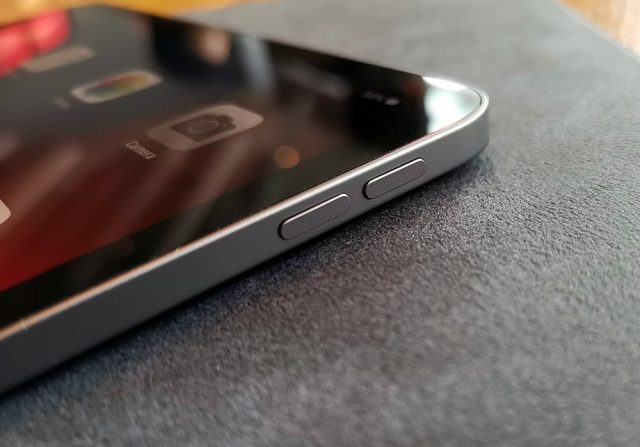 But there are some limitations, though small, which still hamper performance. If you’re still using external storage devices like a thumb drive, there are no USB ports here. Connecting to a larger display, or even a projector requires dongles, so unless you are prepared, there are some minor issues you will have to note.

But all in all, Apple’s latest iPad is that close to making user ditch that laptop. There is no beating the compact design, capabilities and performance, though there is the high price tag. The base model for the 11-inch starts from S$1,199 for the 64GB model, while the 1TB model goes for $2,319, and that’s without the Folio or Apple Pencil.

Apple’s iPads have fast eclipsed the performance of other tablets, and this includes entry-level laptops. Unless you play video games extensively on your laptop, or require the extensive processing capabilities of one, the iPad Pro is a trade-off that makes more sense. 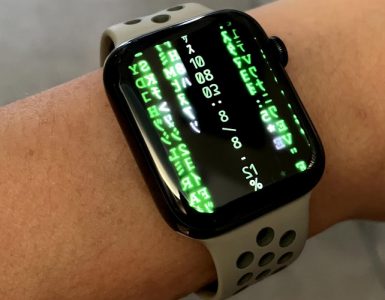