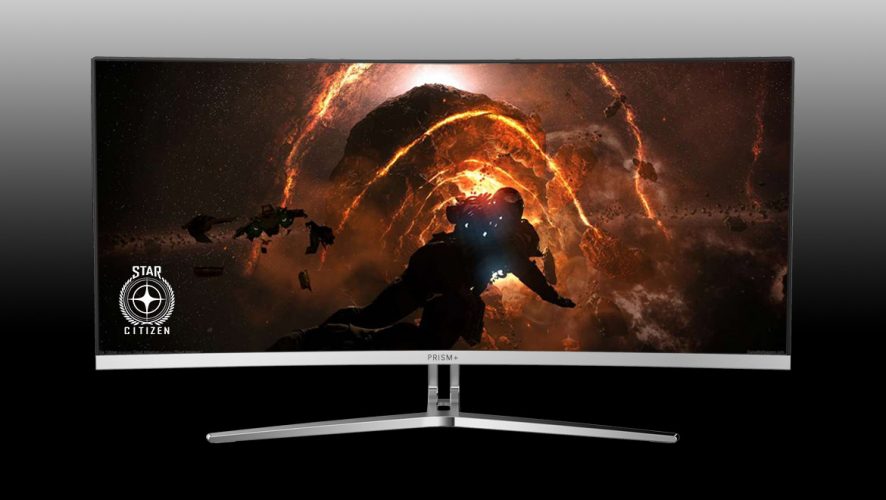 By now, most PC gaming enthusiasts would be familiar with Singapore’s very own homegrown PC gaming brand.

No, we’re not talking about Razer, but Aftershock.

Brothers and founders Joe and Marcus Wee have gone the way of the classic Michael Dell story, setting up Aftershock 6 years ago to build DIY machines that traded good looks for pure gaming power.

Along the way, they started to partner up with Intel to get their hands on processors, and that business has taken off. The company is now a staple at major IT fairs, offering six base PC models in over a dozen hardware configurations to gaming fans who have slowly gravitated towards this successful tech start-up.

Now that they have the brains in the machine covered, the company has established a spin-off, selling monitors. Known as Aftershock Prism+, the brand is selling three different monitors in the market, to cater to the growing need of gamers everywhere. 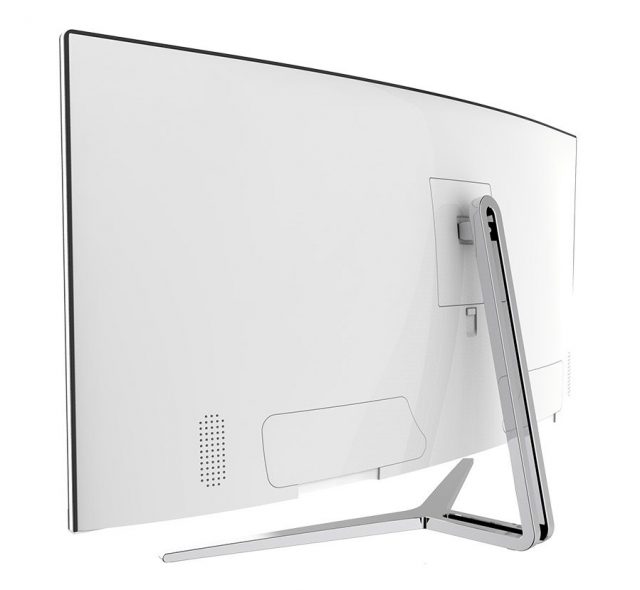 The top-end model though is the 34-inch ultrawide curved X340, which offers two resolutions and refresh rates. At the sharper QHD 3440 x 1440 resolution, the VA panel offers a 100hz refresh, while at the slight lower 2560 x 1080 resolution, the refresh rate is at 144hz. With a curvature of R1800, the panel offers an all round viewing angle, where you’re splitting the screen for multiple windows at work, or viewing cinematic styled content at the convenience of your study table.

So how does one go from building PC rigs to making monitors? The truth is, they didn’t.

Aftershock’s master plan has always been to offer gamers greater returns for their investment. With PC machines, it boiled down to getting the components and building the machines themselves. With monitors, the company cannot make its own screens, so it is open about the fact that its Prism monitors are from a supplier, the same OEM manufacturer that also produce monitors for Korea’s Microbrand, and four other brands.

In fact, for the first few weeks after they launched in March, all of the orders from Prism+ were mistakenly shipped with Microboard packaging. If Aftershock wanted to hide this fact from consumers, they would have packed the monitors into new white Prism boxes, like they are doing now, and hide the origins of the panel from the start, but they did not. Ask them where they source their monitors from, and they will tell you.

So where does this leave the X340? Well, at its current price of $850, this is one of the, if not the cheapest ultrawide monitor in the market right now. Most branded ones from Asus, LG and Samsung cross the $1,000 mark. This also has the ability to hit a 100hz refresh at the highest resolution, and if you don’t have the best graphics cards, few sub $1,000 machines hit 144hz as well.

As for price, Amazon is retailing the Microboard equivalent of the X340, the M340CLZ, at US$999. And that’s without international shipping. There are two listings on Qoo10 Singapore, though one has been sold out since January 2017, while the second listing is pricing the unit at $1,899. Even if you get it at 50% discount, it will still cost more than the Prism version, which also comes with 3 years local warranty. That’s pretty hard to beat.

The X340 comes with an English menu, and 1 x Display Port 1.2, 1 x HDMI 2.0, and 1 x DVI-D. For Freesync to work, you’ll need to hook the monitor up to the DP. The review unit tested had great colours, from displaying deep blacks, to vibrant colours. The catch is that it does not do so right out of the box, which is weird, considering that this machine uses a Samsung VA panel, one of the better ones in the market. The moment I powered it on, the colours looked washed out. Short of using a Spyder though, there is a community of M340CLZ users in the world, and they have collectively shared their ICC profiles, so you can try out a few, and see which one suits your gaming needs.

While curved screen do not work too well with television sets, it’s the exact opposite for gaming monitors. The arc of the panel fits nicely with the slight rotation of your head, such that everything you see on screen should be the same distance away from your eye. For action games, it means viewing a larger real estate, and taking into account surroundings. For racing gamers, it’s that immersive sensation of seeing everything in front of you, including having peripheral vision, instead of just being able to look ahead.

So how does the downscaling here work? Sensitive gamers with the best graphics cards might frown at a 100hz display, but if you’re playing less graphically intensive titles such as Overwatch, a scaled down 2560 x 1080 display at 144hz does also alleviate stutters and tearing. And this is what the X340 offers – the ability to scale down graphics to improve performance when needed.

Don’t be fooled by the plastic exterior though, as the pearly white glossy rear gives it a nice polish look and feel. The top and side bezels have a uniform, almost bezel-free design, while only the bottom side has a slightly thicker metal frame. Together with the aluminium colour legs that extend out from the rear middle of the panel, there is premium feel to the unit.

Does the X340 aim to be the best of its class? Aftershock knows that there is no machine that does that. Just as how some players are willing to sacrifice graphics for performance, there will be players who are willing to to pay less for something that suits their needs. The X340 contains all the crucial features in a top performing display, though with less than luxurious credentials.