Imagine a massive secret facility located away from the city, with a decidedly grey exterior that obscures the million-dollar (or even billion) technological robotic enhancements within.

For those who are aware, the 350,000-square-foot facility is known officially as BOS27 but for the many who aren’t, this robotics plant is the future of eCommerce in the US, and likely globally, as it is the birthplace of Amazon’s industry-leading automation that has transformed how customers shop, and revolutionise the way we receive our packed packages in the future.

A 45-minute bus journey outside of Boston, the Westborough, Massachusetts location is the 27th building that Amazon has in Boston, hence the functional naming convention of BOS27, to differentiate the way Amazon names its facilities worldwide.

When it opened last year ago, BOS27 wasn’t just another warehouse to power the online retailer’s massive presence across North America, as it represents the ambition that the company has when it comes to robotics and its transformation of the company’s end-tp-end logistics journey, and the culmination of Amazon’s acquisition of Kiva Systems, a robotics company, for US$775 million in cash over a decade ago.

As Amazon sets its goals towards sales and delivery targets that defy human comprehension, of hundreds of thousands of orders and millions of deliveries, it knew it would require the addition of technology and robotics to meet its ambitions. Not simply contented with just the idea of “Same Day” delivery that it might not have pioneered but easily commandeered in the last decade, Amazon is tapping into how man and machine can work together, to achieve what it now terms “Sub Same Day” delivery, of fulfillment within 5 hours or less once an order had been placed. With a facility that’s also fully operational, there are aspects of Amazon’s operational process that the company is testing with machines, to help manual staff cut down on repetitive and potentially dangerous tasks.

The answer to that question, however, is not as sexy as the imagination or how Hollywood has depicted robots in pop culture, with the anthropomorphisation of machines. If you’re thinking power loaders as seen in Aliens, or the massive Jaegers in Pacific Rim, such representations are quite far removed from the reality that Amazon is looking to manifest, says Mikell Taylor, the company’s Principal Tech Program Manager.

“Compared to what humans can do and taking that as the benchmark, robots are still in their very early days. Anytime you see a robot in pop culture that does one very boring thing, that’s where we are at right now,” Taylor expressed with a chuckle.

And she’s not wrong. Instead, think of the Rick and Morty episode that introduced the robot built with the sole purpose of passing the butter – machines with a singular task is what Amazon is looking to solve and perfect right now.

The real reason for robotics might be to improve efficiency or enhance performance, but Taylor has a more fundamental challenge to address, which is to create a machine that helps man where it matters – which is less work and enjoying life.

“I would rather have a robot doing my job so I can hang out with my kids. And we should have robots doing the stuff that is keeping us from living our best lives” she adds.

And the company is closing in on this, as about 75% of the 5 billion packages handled by the company annually are in part managed by robots, in at least one portion of the fulfillment and delivery process. What her team is working on, is not building robots based on the common understanding as portrayed by science fiction, but by purpose building them based on actual need, which differs greatly and thus, needs to be built from the ground up.

“Part of why I like the field, and why I like talking about it, is because there actually isn’t a good understanding of where the technology is. So where I’m fascinated is where they get close but they’re still missing something. What can AI do right now? What can robotics actually do? It’s not a lot and actually very limited still for all we do, this is like a tiny piece of the massive world.”

That driving force was what led to the creation and construction of Proteus, a flat, robotic vaccum machine-like storage-rack carrier. Being able to lift more than 800 pounds (approximately 362kg) of items and products across the facility, the current iteration of Proteus has been in the works for a few years. The design has been based on ongoing research and development work invested by Amazon over the past decade.

Measuring approximately 1 meter wide, these robots differ from earlier similar-looking machines deployed by Amazon, in that the Proteus is fully autonomous. This means that as it scurries about the floor locating and transporting large racks around, it can do it all independently while looking out for obstacles or humans in its path. At present, Amazon has a similar type of robot deployed but those need to be sectioned off where there is no human foot traffic, and currently operate on ‘rails’ or predetermined pathways denoted by actual markers placed on the ground.

In the event that Proteus comes into close contact with a human, it would actually stop and make its best efforts to find a way around the human or obstacles, instead of relying on predetermined routes to get it from point to point. It even has a ‘face’ that allows humans to connect better with it, which was included as part of the design that Taylor’s team developed.

“One of the things that came up was that having a face gave people a sense that Proteus could see them, even though the eyes are not the sensors. People will be able to feel like ‘Oh, Proteus sees me, so it’s not going to run into me’, and the use of the face helps people to build a mental model of how Proteus works so they won’t be caught by surprise.”

As it stands, Proteus is still pretty much in its early days of development, and is currently only deployed in select facilities across North America. But there are plans to introduce Proteus to other markets globally eventually, though there are some considerations to be made.

“What we are planning to do in the next couple of years is start doing user studies around the world, and other regions we might go into. In the US, Proteus will pass a user on the left but in Singapore, UK, and Australia,” explained Taylor.

And in doing so, Proteus also needs to be modified to cater to a culturally different workforce.

“Proteus will pass on the right or even some of the facial expressions, and the kind of body language we give Proteus may differ from region to region. So what we want to understand is what are those cultural differences that we need?”

Naturally, another human concern is the loss of jobs due to automation and while Proteus is no Skynet, it was designed to do more, and at a much faster pace. But for the team, this also opens up many more opportunities.

“I think that a lot of introductions to robotics assume that it’s all about programming. But a lot of people who don’t like coding can still have a massive impact on robotics. We have mechanical engineers, electrical engineers, systems engineers, and manufacturing engineers. And there’s program management, product management, user experience design so you don’t even have to be technical.”

This is something that Amazon is cognizant of as well, and has introduced new training and career options internally, to help advance employee careers as well. At present, a 12-week Amazon Mechatronic and Robotics apprenticeship is in place, to train employees with new skills, and gain in-demand technical maintenance roles.

Consider this, with the increase in the use of robots, these machines will still need maintenance after repetitive work. Advancing on a new career track to be the guiding hand behind the machines means that those who complete the training can expect to see pay increments of up to 40%.

And while there are foundational skills and knowledge to begin this robotics journey, it also helps to believe that robots are the future.

“Robotics sparks a lot of interest from people and there’s so much excitement around it. And it’s just so easy once you have that excitement to tap into. So it’s really just the initial spark of excitement and interest that can go a long way into helping to teach people about everything that goes into robotics.” 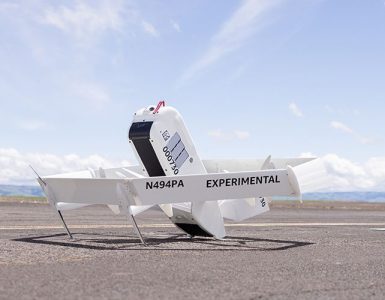