Published by Ubisoft, Brawlhalla is a free-to-play side-scrolling fighting game that has players pitting characters they have chosen against other fighters, much like another smashingly great fighting game. Throughout the match, players will get to pick up and use various items such as swords, axes, and lances as they attempt to smack, punch, and throw their opponents off the map.

Priding ourselves for being at the forefront of all things geeky, it will be a surprise to no one that Geek Culture is participating in the Ultimate Brawl, a Brawlhalla tournament with three other Singapore-based gaming channels, namely NotGood Gamers, Team NOC, and SGEEK, to see who will emerge as the ultimate Brawlhalla champion.

While the winner of the Ultimate Brawl will be walking away with some swanky prizes courtesy of Ubisoft, you will also be able to walk away with some prizes of your own.

WATCH, VOTE AND STAND TO WIN!

Before the final tournament, we had each team battle it out amongst themselves to see who will be representing the respective teams in the Ultimate Brawl taking place on October 23 via NotGood Gamers’ channel. Have a look at the four videos below and decide from there who you think will be the Ultimate Brawl Champion and cast your vote at the bottom!

You might be one of 12 lucky winners to walk away with a set of PlayStation 4 Brawlhalla All Legends Pack (worth S$23 each).

READ ALSO:  Universal Studios Singapore Lunar New Year 2021 Gives Us A Peek How The Park Has Evolved During COVID-19

AND THE WINNER IS….

Congratulations to all who voted for Notgood Gamers! The 12 winners have already been contacted by email. Please check your mailbox.

*These steps are entirely optional, but we greatly appreciate if you choose to show some support to Geek Culture by sharing and tagging the post so that we may be able to bring more giveaways to you all in the future! 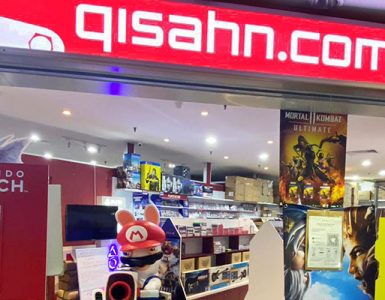 Beware, the perils of online scams.