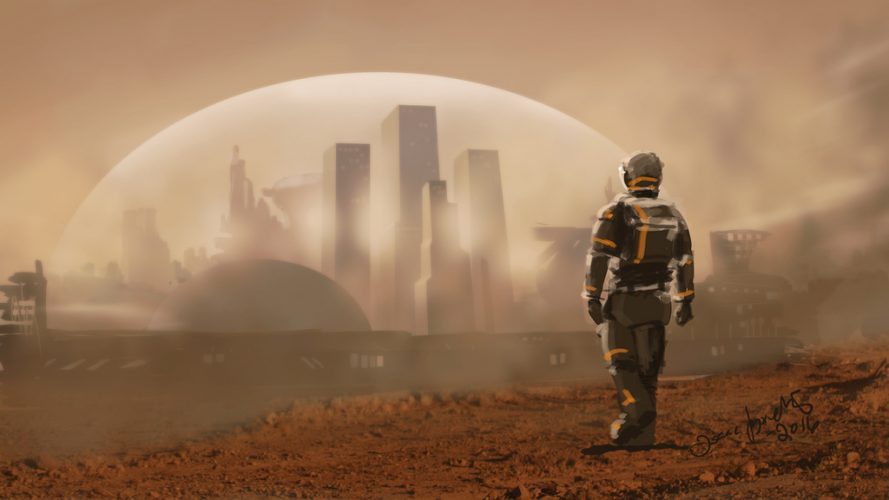 The last time we talked about GenCon, we now have table-top gamers worldwide have gone and spent their monies a second time with Essen Spiel. Held in Germany a month back, Essen Spiel is the biggest board game convention in the world currently, though GenCon is catching up fast.

Essen is more focused more on European board games, which are more strategy and game mechanics based and thus after pouring through the hundreds of games showcased last month, here are the 4 that have made an impression.

Ever wanted to be Matt Damon in First Martian but on the scale of a colony? Terraforming Mars would be your best bet. In this game, each player plays a corporation which is trying to colonise Mars best. This is done by using Megacredits to purchase or build technologies to affect the environment of Mars. Doing so makes the red planet more habitable for the human race.

In gameplay terms, technologies or buildings are cards in the player’s hand waiting to be played. The game ends when a certain temperature, oxygen level and enough oceans are on Mars. Then at the end of the round, the corporation with the most points wins.

Optimisation of resources and Megacredits is tight and yet you will want try to play every card. This means that you will have to keep your plans hidden as best you can while trying to predict your opponent’s plans to get a leg up.

It can be stressful as you can be blocked by other players. So it makes sense to be adaptive enough to change strategies on the fly.

I was lucky enough to have gotten a chance to play this game and felt the gameplay was extremely satisfying. This is combined with post game discussions focusing on how to improve gameplay by every player.

Visually, it is cool that at the end of the game you can see how the landscape of Mars has changed, even if the board and tiles are not that impressive looking. But the most thematic thing is looking at your tableau of cards that represent your corporation’s colony and the story you can tell with it. When I got to play this game, my corporation had a base on the moon of Mars called Phobos (Judge Dredd Miniature not included in game from picture) which bred pet dogs for colonist and had a nature preserve of Mars before the colonisation process began.

When you see Inis, the first thing that will strike you is the Celtic inspired art by Dimitri Bielak and Jim Fitzpatrick. The art of the game gives a vibe of a classic British comic or the cover of a power metal album from the early 90’s. Thus, not only is the art eye catching but also a conversation starter.

Initially, Inis looks just like the typical move your soldiers into an area and fight till all your enemies are dead to win kind of game but there’s so much more than that.

In Inis, you win by achieving one of 3 objectives at the beginning of phase 1 of a round. Objectives comprise of having clans in 6 different locations, having clans in spaces with a total of 6 sanctuaries or players having the majority in an area or areas where there are 6 miniatures or more that are not your own. Thus, straight up slaughtering all your enemies might not be the  most optimal way to win the game.

To mix things up, every turn you draft your actions from the action card deck means you do not have the luxury of doing an optimal action for sure. Hence, you have to adapt to the best course of action based on your choices.

Combat is also unique as you do not roll dice to fight like most games of this type. Instead, the defending player either has to discard an action card, lose a clan miniature or negotiate a truce to stop the current clash.

Replayability is also a plus point for Inis has a modular game board and there are quite a few different kind of cards you can get into your hand to change up your play style to keep things fresh.

All in all, Inis is a very unique game and I can’t wait to try my irish accent along with a chance to play this game.

If one has kept up with the modern age of boardgames since the Settlers of Catan, then they would know that Pandemic, released in 2008, has become one of the most popular boardgames that is still in print today.

In fact, it’s sister game Pandemic Legacy, which adds a RPG story campaign to the gameplay of Pandemic has become the number one board game for some time.

It was natural when they announced Pandemic: Iberia, I was more than a bit excited.

Gameplay wise it bears a few similarities with Pandemic. You and the other players work cooperatively and are part of an organisation whose goal is to research and control infectious diseases. Except in Pandemic: Iberia, it is set in Spain in the 1800s with diseases such as cholera, typhus and so on. There are still many ways to lose the game and only one way to win, which is by researching to eliminate all 4 major diseases. This is done by travelling around the country, sharing research with other players by passing them cards and more importantly helping the locals deal with the diseases.

On top of this already stellar gameplay mechanic which comes from the 2008 hit game Pandemic. Pandemic Iberia also adds several new things to differentiate itself from its older brother. Such as the representation of a world before man took to the skies. As fast traveling is now only done by either port city to port city or through linked railways, of which have to be built by the players.

The other interesting and thematic change is the representation of the inability to cure the diseases. Unlike Pandemic you cannot eradicate a disease, rather you place purify water tokens that help to soak up disease cubes. In addition to this, there are optional variants to make the game harder. Such as giving each disease it’s own power that hinders the players for the whole game. These changes and the very well tied in theme makes me feel that Pandemic: Iberia is different enough from Pandemic that makes it more than just a retheme and yet is similar enough to give me confidence in it’s foundation gameplay.

I can’t wait to try it and have my name written in the medical journals of the 1800’s.

We talked about one of the now classic games above in Pandemic and now we refer to another in Agricola, still popular to this day as a bestseller. That game’s designer Uwe Rosenberg has now released his newest big box game in Feast for Odin. This one being literally his biggest game as it has more colourful beautiful pieces and tokens than any of his other games.

Theme wise, it is about running a Viking village and being the most successful Viking community among your rivals but truth is the theme could have been about building the Deathstar and it would have been just as good.

This though does not mean that Feast for Odin has no substance. On the contrary, it is the gameplay that intrigues me about this game. The goal of the game is to collect pieces of many shapes and sizes to cover over spots on your own personal player board, many having  negative 1 point spots, affects your score if you don’t cover them by the end of the game.

In the course of the game, tiles you can get can be upgraded to make them more useful as the lower the grade of tiles in game have more restrictions for placement on your player board.

Like Agricola, you place workers on spots to take actions, except in Feast for Odin you can have at times 60 plus options and can choose only 1 per turn.

This can feel overwhelming but once one gets a chosen strategy, it can help reduce that overwhelming number by quite a bit. In fact, this game is so deep and big that in an interview, the designer said how the gameplay of covering spots on a personal player board in this game became a full smaller game in itself called Patchwork.

This is a game of strategic depth and from a great designer that inspires confidence. I cannot wait to don my evening best and go out to attend the Feast for Odin. 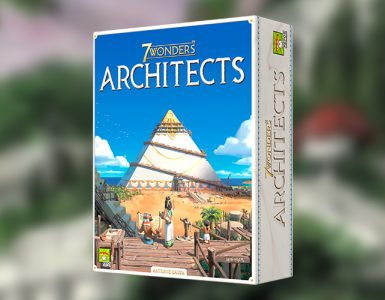