The creators of Westworld Jonathan Nolan and Lisa Joy will be turning their sights from dystopian science-fiction to all-out post-apocalyptic nuclear fallout with Bethesda’s highly popular Fallout, which will be developed as a TV series for Amazon.

The pair will be serving as producers on the show.

According to Variety, Nolan and Joy will aim to bring the “the harshness of the wasteland set against the previous generation’s utopian idea of a better world through nuclear energy,” to the small screen.” They will also make sure there are generous servings of “moments of ironic humour and B-movie-nuclear-fantasies” which fans of the series will recognise and love.

Fallout series director from Bethesda Game Studio Todd Howard will be serving as executive producer on the show, with the studio also being involved in some capacity with the development of the TV series.

“Fallout is one of the greatest game series of all time. Each chapter of this insanely imaginative story has cost us countless hours we could have spent with family and friends,” said Joy and Nolan in a statement. “So we’re incredibly excited to partner with Todd Howard and the rest of the brilliant lunatics at Bethesda to bring this massive, subversive, and darkly funny universe to life with Amazon Studios.”

The Fallout series first began in 1977 and is set in a post-apocalyptic North America, with characters in the game trying their best to survive the repercussions of a nuclear war that had turned most of the world into a wasteland. The series is immensely popular, with many games released under the Fallout name over the past two decades, the latest being Fallout 76.

For now, it is still unclear if Nolan and Joy will be adapting the story from one of Fallout’s games, or if they will be creating an entirely new series set within the Fallout universe as plot and casting details for the show has yet to be announced. 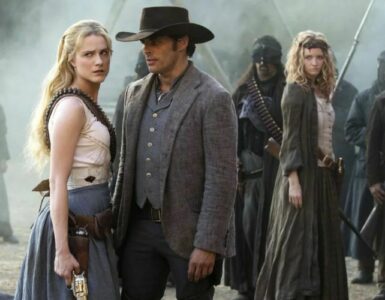