In wake of several Epic Games developers revealing their nightmarish working hours to service the super popular Fortnite, more people in the gaming development industry have opened up about their own horrendous experiences at other AAA studios.

Most notably, former staff and contractors at NetherRealm Studios have exposed the studio with regards to the crunch culture there, and how poorly they were treated during their stints there.

James Longstreet, a software engineer at NetherRealm for over two years, shared his dismal experience working on Mortal Kombat 9 back in 2011. He described how, in the many months working on the game, he only had two days in which he didn’t have to work 14 hours straight.

What’s interesting is that, despite the crunch that Longstreet had to undergo, he was still “proud” of all the hours he had put in. But, of course, when the studio deems that it is “right” to put its staff through grueling and rather ungodly working hours, many an eyebrow will be raised.

He wasn’t the only one to voice his opinion on the matter; Beck Hallstedt, a contractor who worked on Injustice 2, also experienced what seemed like hell during only “5 months” in NetherRealm.

And the worst part? They “headhunt new grads”, give them rather low hourly wages, yet expect output a regular full-timer would. And when things would go wrong, they would “blame & yell & abuse” at these contractors.

In an interview with PC Gamer, Rothschild pointed out that she and her colleagues were “working 90 – 100-hour weeks for both [Injustice 2 and Mortal Kombat X]. Sound familiar?

We were second class citizens, and that was made clear in many little ways.
This money’s great but if I have no life and am working myself to death, what good does this money really do me?

It is without a doubt that Mortal Kombat 11 and its predecessors are stellar games worthy of praise. But to see the ugly side of NetherRealm Studios does paint the games in a much different light.

The question now is, is anything being done to improve the quality of life to the employees in these AAA game studios?

It seems that these former devs — and NetherRealm’s own silence on the matter — have answered our questions. Nothing will change for quite some time, which is both sad and alarming at the same time. 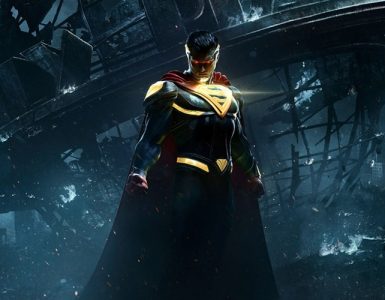 The next Injustice will be a movie instead of a game.