There is no denying the long-lasting legacy of the King of Rock & Roll. Elvis Aaron Presley might have died 45 years ago at the tender age of 42, but the legendary musician lives on, from his music, movies and iconic dance moves that have made the entertainer one of the most impersonated musicians in the world, from the stage, in churches in Las Vegas, in movies and on TV,  Halloween and everything in between. With his unique voice, strong magnetic personality, larger-than-life stage persona and genre-defining music, making a biopic of Elvis the Pelvis would have been relatively easy, but the cast and crew knew they didn’t want to simply recap the long list of achievements made by the celebrated performer, and be done with it.

So rather than focusing heavily on the singer’s childhood before he cut his first single, the film chooses to also feature the strong African-American rhythm and blues music that was present but routinely ignored or downplayed during that time, and how the rich genre slowly shaped the younger singer as he was growing up in Memphis, Tennessee. Elvis attempts to bring light to that in his grand, glamorous biopic that not only charts the singer’s career and his relationship with manager Colonel Tom Parker, but also the Black pioneers who inspired him.

“The fact that we do not have Elvis without Black music, and giving credit where credit is due,” said actor Austin Butler, who plays Elvis in the film, at a press conference that Geek Culture attended. “The narrative has been told in so many different ways, and I’m just so proud of the fact that we get to be a part of this film. Sister Rosetta [Tharpe] was inventing rock and roll in the 40s.”

To which, musician Yola, who plays Tharpe in the film, added, “Sister Rosetta Tharpe was the safe place. She was very outwardly queer in the 40s – that’s kind of dangerous – so she had to be a safe place. She discovered Little Richard, she invented rock and roll, and she also discovered people.”

“She was being the elder. Growing up with her was more about this sense of home that [Tharpe] had to create for people so when they come to Club Handy, they reconnect with the spirit of rock and roll,” finished Yola.

While the media then was focused more on the performer rather than the inspiration, Elvis himself never avoided the association, and was open about his debt to Black music from the very beginning of his career, to a point where his reputation suffered due to the perceived influence his music had on the moral well-being of his white listeners. In a 1957 interview, Elvis said, “[Black musicians] been singing it and playing it just like I’m doin’ now, man, for more years than I know…They played it like that in their shanties and in their juke joints and nobody paid it no mind ’til I goosed it up.”

And there was no way that director Baz Luhrmann was simply going to gloss over the subject matter or pay it a cursory regard in his biopic. Elvis not only meaningfully explores the singer’s upbringing in a largely Black neighbourhood in segregated America, but it also showed how this experience defined him as an artist. Viewers will see young Elvis mesmerised by gospel music as a child and as an adult, audiences will see him sneaking off to Beale Street in Memphis to hang out with noted musicians BB King, Little Richard and Sister Rosetta Tharpe. These relationships that Elvis had are an integral part of who he is, and Luhrmann wanted it front and centre in his film on the King.

“Well, there are just things you can’t tell the story without. You can’t do America in the 50s, 60s and 70s, and you can’t do someone who is about music, without dealing with Black artists and music. That’s the journey that Elvis went on, his relationship to all these characters,” said Luhrmann.

“If there’s a big debate out there about that, have we grown? Have we? Has it been an evolution? Along the way, you experience this very personal intimate journey of this guy called Elvis and this guy called Colonel Tom Parker. I have people come and go like, ‘Yeah, okay, that was in,’ but where are we now? Are we going backwards?’.”

Whilst BB King, Little Richard and Sister Rosetta Tharpe were all important, the friendship and mentorship between King and Elvis were the most heavily fleshed out in Elvis. The film saw Elvis frequently attend King’s shows and even depicted a scene of the iconic image that saw Elvis and King arm in arm.

To prepare himself for the role of the famed BB King, Kelvin Harrison Jr. worked closely with Butler to develop the on-screen friendship between the two music greats. Harrison Jr. also conducted a lot of research and self-reflected on what it meant to be a Black musician at the time, when the music being played was not just country, but was rhythm and blues and pop music too. It was for everybody but heard by nobody due to the segregation up until Elvis came along. Harrison Jr. frequently wondered how BB made music, sold his music, and what type of advice he could give to young Elvis.

“I feel like my job was to come in and kind of just be the brother, you know? Austin and I met before the movie, we went to dinner and figured out how do we talk about art? How do we talk about craft? What are we insecure about? What are we scared of? What does it feel like for you to step into this role? What does it feel like for me to come in and step into this role? And I think that’s the relationship that BB and all of us are sharing at that moment,” shared Harrison Jr.

“What does this mean to us in this time? What does it mean for me as a black actor? BB to be a Black musician that only has been able to feel the real audience in Memphis at that time to get a tour bus for the first time. Understanding just the time, and just like looking at the research and figuring out what was BB’s politics and value systems around developing who he was as an artist and his business? How does he develop his business? And how can [he] share that advice with him (Elvis) while also encouraging him to be the artist that he wants to be?”

Butler had a similar method of preparation too but took additional training to really capture Elvis’ essence and characteristics. The actor had a movement coach, a dialect coach, a singing coach and a karate instructor. After all, portraying an iconic person is never easy. Butler also felt immense pressure and feared failing Elvis, his legacy, the singer’s surviving family, as well as the legion of Elvis fans around the world.

So how long does one prepare to be the King? Well, the 30-year-old actor, who had small roles in Disney shows before, felt such a huge sense of responsibility and fear that the preparation process took two years.

“I had those two years where I really didn’t do anything else but just obsess. I just tried to be as meticulous as possible, but at the end of the day, it’s all about finding his humanity, because what I was most fascinated by was stripping away the icon, stripping away the caricatures or the Halloween costume of Elvis and getting down to who was he in an empty room by himself at the end of the day? How did he wake up in the morning? You know, what was his inner life?” questioned Butler.

“And he’s an incredibly sensitive, spiritual man so it was just finding how he evolved over the years. That was sort of my process.”

Butler listened to numerous recordings of the star and took notice of how his voice changed over the years. He would then mimic Elvis’ evolution in everything he did so that his performance won’t come off as simply a caricature that plenty have seen before.

“I was struck by how his voice changes over the years. You listen to an interview in ‘54 or ‘55, 56 and then another one in 62, he sounds totally different. And then you hear him in ‘72 and he sounds different from that. And then 77, he sounds different. You got all these different voices so I would spend a day sort of living in one of them. I think because there have been so many caricatures of him that for me, I really doubled down on making it feel like this was my life, that that I’m seeing from inside of him, and not falling into any of these traps because it’s really hard not to because we all have this idea of what he sounds like,” explained Butler.

Perhaps, out of his entire experience of preparing and then moving on to play Elvis himself, Butler’s most life-changing moment was recording gospel music that was later used in the film’s scene where little Elvis snuck into a gospel tent.

In fact, it was that particular moment where Butler felt like Elvis himself, that he had channelled the same little Elvis who heard gospel music for the first time and became completely engulfed by the melody of voices and movement around him.

“I think there were about 30 of the most incredible gospel singers I’ve ever heard in my life. And I remember the first person starting to sing, and I got chills. And then as the voices came together, tears came out of my eyes,” said Butler.

“And then everybody’s stomping their feet, and suddenly I start feeling. I’m standing – they let me stand in the centre – and I’m stomping my feet, and I felt that moment that little Elvis had.” 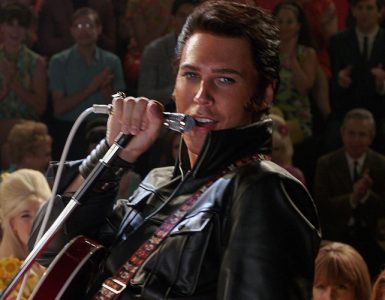 And a bunch of other wackadoo things too. 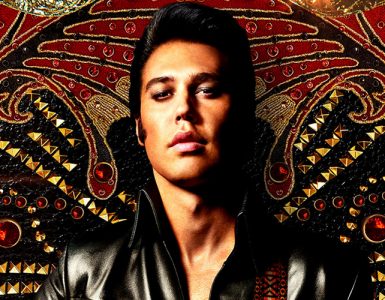