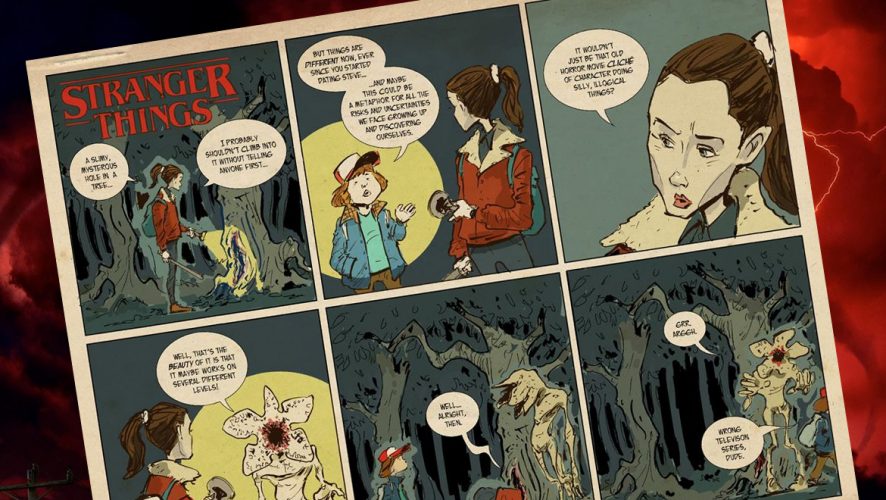 Netflix just dropped Stranger Things 2 on audiences and if you have not caught it yet, we are literally begging you to.

The show’s pastiche of iconic 1980s films and music is both satisfying and nostalgic, but also capable in delivering on an original story that stands out on its own.

On a scale of 1 to 10? We would say that this deserves an Eleven.

Singapore-based comic book writer Sonny Liew is also a fan and after completing Season 2, he dropped 4 pieces of fan art for the series. Remember the one he did for the Wonder Woman movie?

This is better because each is done as a strip. Yes, there’s a level of self-awareness involved in each of them, and you will probably appreciate it more if you grew up with the inspiration behind the show.

Sadly, he only did 4. Me wishes that he can do several more, and release them as an anthology, and maybe call it…. The Fan Art of Sonny Liew.

Check out the whole album below –