Dyson is taking a crack at the headphones market, and its first foray isn’t going to be cheap. Following an earlier announcement of its noise-cancelling and air-purifying headphones, the tech company has now unveiled more details about it, including pricing, product features, and availability.

In spirit of the brand’s expertise with moving air, the Dyson Zone boasts a personal air filtration system of sorts, with a purifier built into the front of each earcup. The device then draws air through dual-layer filters that remove particles and harmful gases, and directs it to the wearer’s mouth and nose through a magnetically-attached, wind-resistant mouth visor.

Users will have to replace the filters roughly every 12 months, however, and if they cannot keep track, there’s an accompanying app that provides reminders when a change is needed. The unorthodox design also presents another challenge — unlike the usual noise-cancelling models, the Zone headphones have to deal with the extra noise emitted from the electric motors and fans.

As such, it will include two additional microphones on top of the eight that are already used to reduce environmental noise by up to 38 decibels. To pick up the user’s voice for phone calls, there’ll be one more microphone, which brings the total count to 11.

The 40-millimeter neodymium drivers, meanwhile, are expected to reproduce frequencies from 6Hz to 21kHz, with a 2,600 mAh battery offering up to 50 hours of use on a single charge. It should be noted, however, that the battery life is heavily dependent on how extensively one uses the air filtration feature. Using the visor at its lowest setting reduces listening time to four hours, while bumping it to “Mid” or “High” will cause battery life to dip to two-and-a-half hours and one-and-a-half hours respectively. Charging is expected to take about three hours from an empty tank via USB-C.

The Dyson Zone headphones will be available in Singapore, US, UK, and Hong Kong come March 2023, with no details on local pricing just yet. Considering its US$949 tag (which is by the way, twice as pricey as the AirPods Max), though, it’s going to be quite the premium offering. 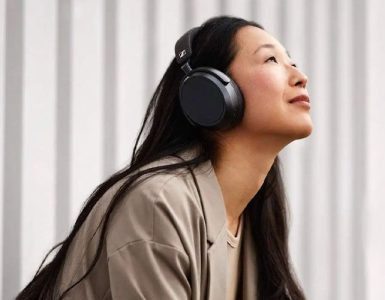 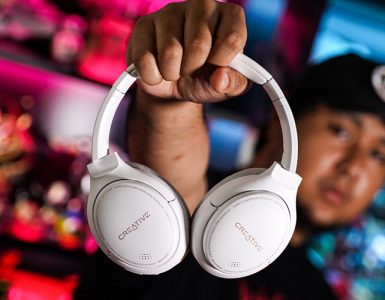 A great-sounding mid-tier set of cans that proves to be versatile and portable, supported by an affordable ANC option.