The Eureka Moment cliche, of having that lightbulb moment is familiar to everyone, but someone clearly thought they could do more with it, by attaching a light source attached to a vacuum’s cleaner head.

It’s not new and we reviewed a similar product way back in 2019, with the Philips SpeedPro Max Aqua. The idea was good, but the execution was rather lacking.

Fast forward to 2021, and it seems that Dyson recognises the need for a light, but has a different implementation for it, in that Dyson probably took some time to figure out how to make the illumination feature better with its latest Detect range. Instead of a mere light, the illumination here is in the form of a  green laser emitter that projects a beam across the length of the vacuum head, which might look like overkill, but the moment it’s powered on, you will never look at your ‘clean’ home the same way away.

With other regions in the world having the larger Dyson V15 Detect, Asia would be getting a slightly smaller Dyson V12 Detect Slim, featuring the same laser fluffy brush head in a svelte frame.

Armed with the new laser beam, cleaning dirt is now distinctly obvious, but it isn’t necessarily more efficient because it might possibly trigger a latent compulsion within the user. What the green laser does is makes it obvious how much dust we’ve been leaving on the floor after going over an area in a single pass. For the most part, running the V12 Detect more than once is sufficient to get the job done. With the laser firing out from the right side of the cleaning head, it really depends on how much ambient light there is in a room for users to properly see if they’re doing a good enough job.

In a bright living room it’s not that obvious but be prepared to gasp in horror as the laser reveals all that dust you’ve been procrastinating not cleaning under the bed. While the laser does help pinpoint areas that need cleaning, users might become mildly obsessive in reaching or going over an area multiple times to achieve maximum cleanliness. If running around the home with a laser is a tad over the top, there’s a switch to turn the laser off.

Having reviewed the Dyson Omni-glide earlier in 2021, the speed at which Dyson is rolling out model after model might be a tad overwhelming for anyone looking to upgrade. But, if you’re looking for Dyson’s new flagship model, the Dyson V12 Detect will be it. The vacuum comes packed with plenty of bells and whistles to help you hunt down dust in every corner of the home.

Measuring in at 123 cm (H) x 25.2 cm (L) X 25 cm (W), the Dyson V12 Detect weighs in at 2.2kg which is slightly heavier than the Omni-glide (1.9kg). With a bigger frame comes a more powerful motor and a bigger bin (0.35L) as well. While, personally, the Omni-glide is ideal to maneuver around the home with, the Dyson V12 Detect stands out with its new laser fluffy head cleaner and a piezo sensor.

While the implementation of the laser might turn one into a clean freak (a good thing), the Dyson V12 Detect does come with an improved LCD screen which finally tells you how much runtime the vacuum has left in the tank. Keeping the laser on at all times doesn’t seem to make a difference when it comes to the vacuum’s battery life overall.

With the Dyson V12 Detect, we now have three new power modes in place which help your vacuum go the distance when cleaning the home – Eco, Auto, and Boost. For most folks, keeping the toggle at Auto, will give you about 40 mins of cleaning time, 71 minutes on Eco, and about 10 mins on boost. Keeping the Dyson V12 Detect on Auto makes the most sense, and there was little issue cleaning a 1200 sq feet home with plenty of juice left in the tank. When it comes to cleaning slightly trickier surfaces like the carpet, the vacuum will automatically adjust the power upwards automatically to pick up all that dirt.

Thanks to the new piezo sensor, the vacuum understands the size of debris that’s being lifted off the surface. In the event of larger particles hitting the drum, the sensor will recognise that more juice is required and thus would increase the power as users tackle challenging spots in their clearing routine. Once the sensor realizes that you’ve, for example, going from carpet to hard floor, the Dyson V12 Detect will adjust accordingly allowing the motor to reduce power. This is great especially if one might have a particularly large home to clean allowing for more cleaning efficiency on a single battery charge.

Combining both laser and piezo sensors at the same time, the Dyson V12 Detect helps users clean far better than the naked eye can outside of mere visual confirmation. As with most Dyson vacuums, cleaning has always been excellent but with this new vacuum, one can’t help but go over the same area repeatedly to ensure your surfaces are squeaky clean just to make sure.

In addition to the laser, the Dyson V12 Detect comes with an additional accessory in the form of an anti-tangle tool. While it looks like a normal cleaning head, this tool claims to be able to prevent hairs from getting caught in the parts. Though it’s not something that’s mentioned often, Dyson vacuum cleaners tend to have plenty of hairs caught between the cleaner head’s axles which require intervention from time to time.

Overall, the anti-tangle tool is a nice touch, the width of the head is too small to make any meaningful impact in the home outside of cleaning the sofa or furniture. It does work well as stated but isn’t as efficient as we’d like.

Following in the same footsteps as the Dyson Omni-glide, cleaning out the bin and cleaner heads follow the same design language as well. And we hope that this will be the way moving forward. Opting for latches instead of plastic screw heads, it’s easy to remove all the parts of regular maintenance. All parts are mostly washable and props to Dyson for making their devices as fuss-free as possible when it comes to cleaning up after the day’s chores. The relatively small 0.35L bin actually fills up rather fast which does hamper performance and it’s likely you’d make repeated trips to empty the bin before the battery gives way.

After many years, the Dyson V12 Detect comes with one of the most complete packages they we’ve ever seen. On top of the brand new laser slim fluffy head and anti tangle tool, users who purchase the total clean bundle (S$999), will get –

If you’re able to afford the whole package, it seems that Dyson is committed to providing the most complete set of tools needed to clean the entire home and have everything tucked nicely away once done. Compared to the Dyson Omni-glide which we reviewed earlier this year, the amount of tools we get out of the bag is certainly impressive. There is a cheaper base config (S$899) that removes the extra motorized cleaner head and the stubborn dirt bush. Outside of these two tools, users will be getting the latest upgrades at a slightly more affordable price.

Having used both the Dyson V12 Detect and Dyson Omni-glide, we can’t help but miss the smooth gliding nature of the earlier model. Our best guess is that probably down the line, we’d see the merger of the two heads so that folks will get the best of both worlds. As for now, it’s tempting to see if both brush heads work with each other but Dyson has told us (very kindly) not to give it a shot.

Between the two, it really boils down to how much you’d love to see a clean (or passable) home. With the new Dyson V12 Detect, we can’t help but wonder if the engineers of the team might have uttered the Green Lantern’s Oath such that no dust will escape the vacuum’s sight. 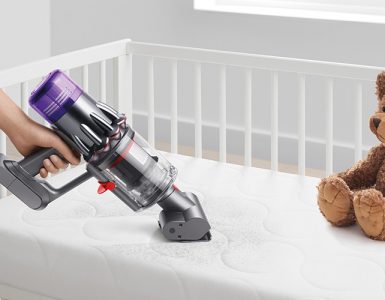 Dyson says the vacuum cleaner is the correct tool to use for cleaning (most of) your home. 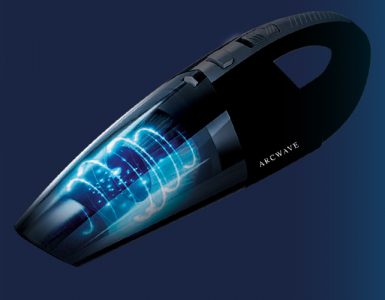 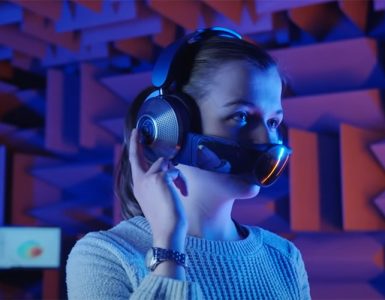 The product we didn't know we needed.