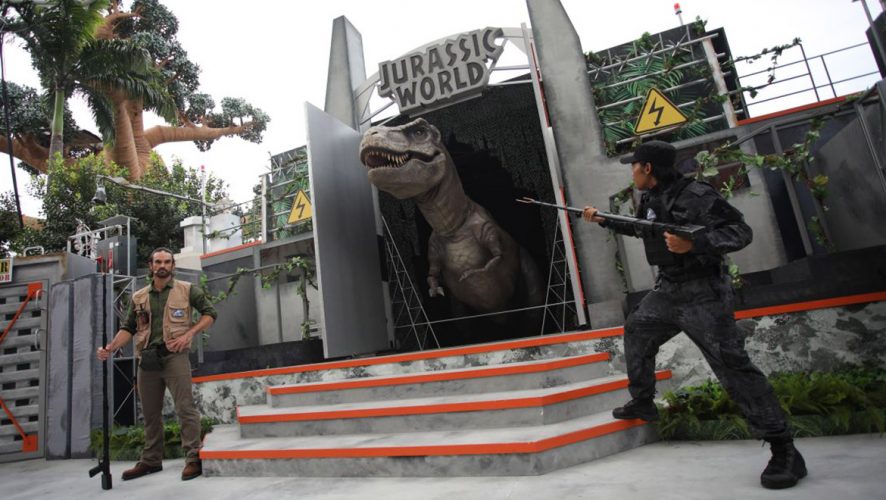 A booming roar echoes in the distance. You notice the water in your bottle shake, in time with the sound of hefty footsteps drawing closer, and closer. You turn around slowly, sweat cresting your brow…

Don’t worry, you’re in no danger, but dinosaurs have taken over Universal Studios Singapore to bring you and the whole family on an immersive Jurassic World adventure! From June 2 to August 22, 2018, the Jurassic World: Explore & Roar event brings the dino-craze into the theme park, building on the anticipation for the upcoming release of Jurassic World: Fallen Kingdom on 7 June, 2018. 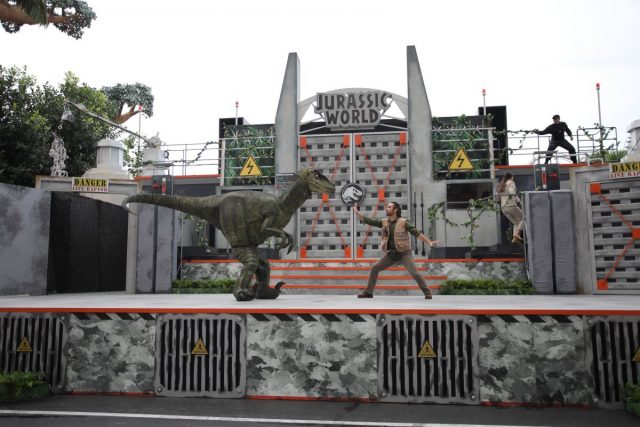 The highlight of the event is Jurassic World: Roar!, an all-new live action show set on a custom-built Hollywood Lagoon Stage – the largest stage built so far for a daytime show in the park featuring three dinosaur containment units, control panels and screens. The show kicks off with the Head of the Jurassic World theme park welcoming guests and introducing the dinosaur handler and researcher. 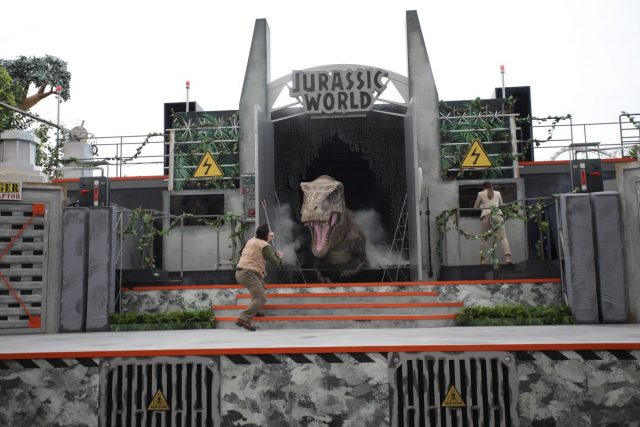 A lucky kid picked from the audience gets the chance to lower some food into the Velociraptor’s enclosure, and it’s all under control. But before long, the system starts going haywire, and chaos ensues with Velociraptors, swooping Pteradons, and the snarling T-Rex breaking free from their confinement.

The T-Rex is quite the spectacle to behold! The 10-minute show runs daily and is jam-packed with action and excitement for the whole family.

On the way to the Hollywood Lagoon Stage, the scenic Hollywood Boulevard is lined with life-sized dinosaurs and authentic prop replicas from the Jurassic World film. Get up close and personal with a Stegosaurus and marvel at the flying Pteradons. From 8 June, the iconic Gyrosphere replica from the movie will be on display along with a trail of T-Rex footprints from New York to the Lost World. 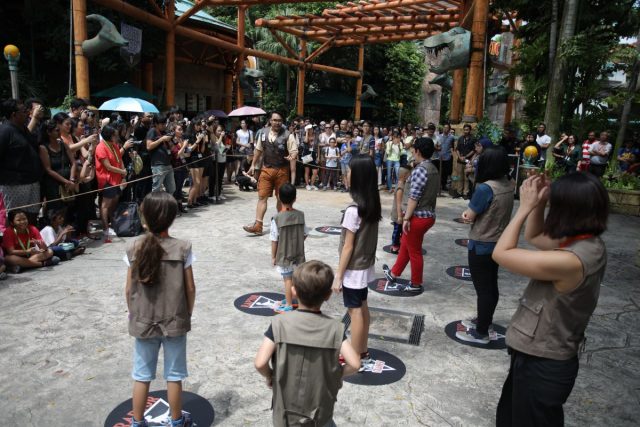 If the kids are inspired by the stage show to learn the ways of Velociraptors, lessons are held over at The Lost World in Raptor Training School. Aspiring dinosaur handlers (young and old alike!) are welcome to join, where the resident Raptor trainer, Wyatt, equips students with the quintessential Jurassic World khaki vest and clicker, and teaches them the handling skills needed to work with Raptors. After some quick tutorials, the Raptor emerges, feistily snapping at guests. Time for trainees to put their newfound skills to the test, face-to-face with a Raptor. A priceless photo-op for parents and a fun, interactive experience for kids, just be sure to register for a place in the Raptor Training School as slots for each 20-minute session are limited.

Just like those interactive LED screens in Times Square, New York, an augmented reality Jurassic Encounter has been set up on the steps of the New York Public Library in the park, and guests can appear side-by-side with dinosaurs and interact them. Your one chance to ‘pet’ a T-Rex! On 29 June, a new permanent attraction will be launching – Hatched! Featuring Dr. Rodney. Rodney is transporting his precious cargo of Velociraptor eggs to the park’s nursery, giving lucky guests the chance to witness the a baby Velociraptor hatching out of its egg. All sorts of dino-themed bites are also available, ranging from Dino Egg Pasta, Isla Nublar Onion Bloom, and Mount Sibo Flaming Pizza. 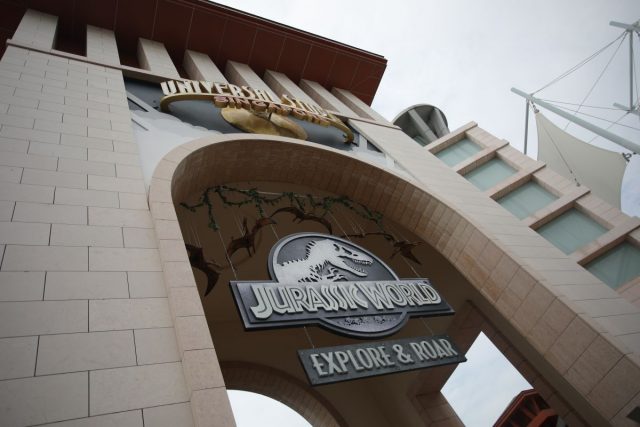 For Singapore residents, a one-day adult ticket can be purchased for S$68 and comes with a 10% discount on Jurassic World merchandise (Promotion lasts till 31 July).

Head over to the Resorts World Sentosa website for more information.