It has been barely two weeks since we last saw new footage of System Shock 3, with the demo giving us an uncomfortable trip down memory lane with none other than SHODAN/RODAN. However, it would seem that the game will now be put in stasis as the development team has just lost over a dozen of its senior staff.

The Writer and Director, Lead Programmer, Design Director, QA Lead, Senior Environment Artist, and more have all made their exit from developers OtherSide Entertainment in the past five months.

I know people are concerned about the state of the studio. I’d be lying if I said I wasn’t worried as well.

Having played the internal SS3 demo, I know the Austin team worked their asses off and made some stunning progress in the past couple of months. It hurts to see many of these developers out of a job on a project they worked so hard on.

With a team no longer supporting the development, the bad news continues with the fact that the game was “critically behind” in content. A linked post by Luangkhot further emphasised the predicament faced by System Shock 3,

If Starbreeze hadn’t gone into crisis I think we would’ve delivered something interesting with some fresh and innovative gameplay, but a much smaller game than what people were expecting and inevitably disappointing for a sequel to such a beloved franchise.

Those high expectations drove a lot of expensive experimentation. We were a small team and knew we couldn’t compete with current immersive sims in production quality and breadth, so we had to be creative and clever and weird. And we were on our way to make something unique and possibly fun, but probably not what the audience was hungry for.

Our thoughts go out to all those affected by these layoffs, and it would definitely seem like the game will be shelved indefinitely until the mess is sorted out. 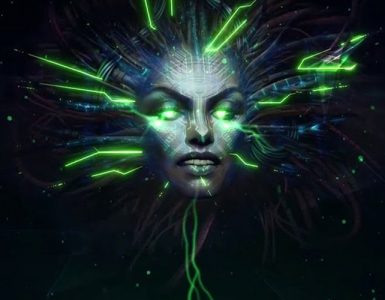 And we're all screaming. For joy, of course.