The 1993 blockbuster, Jurassic Park, established the trio as the three scientists who led audiences into the world of dinosaurs in modern times. Children of the 90s either grew up enamoured or completely terrified of the creatures, and the on-screen magic the three stars created. Alas, the three only shared the screen in the original film and while they made individual returns to the franchise across the original trilogy and the current sequel trilogy, the latest chapter, Jurassic World: Dominion marks the first time that the trio will once again interact with each other, alongside dinosaurs, again.

And it was a conscious decision by sequel trilogy writer Colin Trevorrow, and director of the first Jurassic World sequel, and this third one, in reuniting the legacy cast, and putting them alongside newcomers Chris Pratt and Bryce Dallas Howard only in the third movie.

According to the director, the blend of the two franchises was a long time coming, and getting the original cast on board was an idea he had been toying with since the first Jurassic World movie – and it all started with Dr. Henry Wu.

Played by actor B.D. Wong, Dr. Henry Wu is a chief geneticist and the man responsible for creating dinosaurs for the amusement parks. He first appeared in Jurassic Park, before returning as the central antagonist in Jurassic World.

How Dr. Wu never learned his lesson will continue to be a mystery, but it gave Trevorrow the opportunity to eventually bring in other legacy characters into the story, and not for the sake of fanservice, as many sequel franchises tend to do.

“I wanted to establish my respect for these characters in the first Jurassic World film, with B.D. Wong. He’s been in both of these movies and in this third movie in a major role as well. He’s a legacy character for all of us, so we really had four,” said Trevorrow in an exclusive interview with Geek Culture.

“And I think placing Jeff Goldblum in the second film briefly assured us that actually, these people are all alive, and they are aware of what’s going on. And sure enough, when they appear in the third film, hopefully, it feels earned to the audience.”

While the 45-year-old American filmmaker doesn’t have a string of hit movies to his name, Trevorrow is no stranger when it comes to working on sequels of hit franchises. Right after the release of Jurassic World in 2015, he was attached to write and direct Episode IX of the Star Wars saga in 2016. Then titled Star Wars: Duel of the Fates, the movie was set to be the third film in the popular Star Wars sequel trilogy, but the film and his involvement were scrapped entirely when he left the project in 2017. His story was later adapted by J.J. Abrams, who directed what became Star Wars: The Rise of Skywalker in 2019.

The Rise of Skywalker received mixed reviews from critics and fans alike, and somewhere amidst that drama, Trevorrow’s original script got leaked – and fans loved it. Although Trevorrow was apprehensive to share if he would ever revisit Star Wars again, he did acknowledge that he learned a thing or two about tackling a beloved franchise and respecting the history that came with it.

“It just has to do with how deeply so many of us, especially those of us who grew up at a certain time, care about these stories. These are myths that are as powerful to us and meaningful to us as any stories told throughout history,” shared Trevorrow.

“I think over the past seven, eight years, we’ve been realizing how indelible all of them are and that it actually is extremely rare that stories are told that last as long as those have lasted, so it did put me in the right spirit to tackle [Jurassic World], and make sure that it was done with the respect that it deserves.”

Trevorrow’s respect for Steven Spielberg’s Jurassic Park and the meticulous care and attention he provided when making Jurassic World made it all the more enticing for OG cast Dern, Neill and Goldblum to reunite and return.

Even after writing the first two films and introducing a solid new cast and characters, Trevorrow was still open to learning from the original actors and worked closely with them on how their characters would fit into the bigger story. And it helped that when he pitched their return to the franchise in the third movie, “they all said yes”, shared the director.

“They immediately had a million ideas, so I just started listening because I feel like actors who have been a certain character for as long as they have, are the authorities on that character. They’re going to know better than I ever will,” said Trevorrow.

“So we just talked about, you know, how they wanted to be presented to the world, how they changed over that period of time, how they’d see this new dynamic that had been created with dinosaurs living amongst humans and in doing that, we were able to find a really respectful way to bring them all back.”

Jurassic World: Dominion also marks the final chapter of the Jurassic World saga. After working almost eight years in reviving the franchise, Trevorrow is content in knowing that he has told the story that he set out to tell, and is happy with the new cast and characters that he managed to bring to life throughout all three movies. And should fans want to see more dinosaurs, Trevorrow is more than happy to pass the torch to another director.

In fact, he hopes that his new set of characters will instead inspire more stories to be told.

“It’s the end of the story that we’ve been telling, and it’s definitely the end of this saga, these six movies with all of the characters that you see here,” explained the director. “But I introduced new characters in this movie who I think are fantastic.”

“My goal was to create a new sandbox that potentially another director could come in and have a bunch of ideas about the way I did when I was brought into Jurassic World, so I’m perfectly willing, if the audience is wanting more, I will pass the torch for sure.” 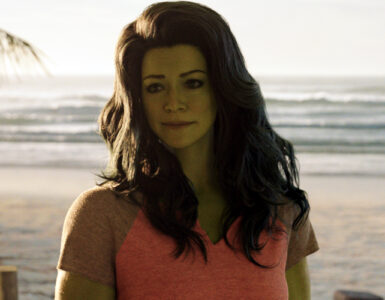