PlayStation 5 owners got a taste of next-gen gaming immersion with the introduction of haptic feedback, and it seems their PC and Xbox peers may soon be able to feel the same kind of transmitted vibrations from the tense tug of a bow, or the force of a hard landing during gameplay. Razer, at its presentation for Consumer Electronics Show (CES) 2021, introduced the concept of Project Brooklyn, a gaming chair that looks to offer that experience – and then some.

Outfitted with carbon fibre and RGB lighting, it’s set to transform into a gaming station complete with panoramic visuals from a 60-inch rollout display, haptic feedback built into the seat, and 4D armrests that extend into adjustable peripheral tables. Think an upgraded version of the Cluvens Scorpion Computer Cockpit, which can morph into a shape reminiscent of Scorponok from the Transformers franchise.

The work-in-progress is picked up from Razer’s audio-driven haptic feedback prototype at CES 2019, and sees the welcome integration of its new proprietary HyperSense technology that brings increased tactile immersion. When activated, its high-fidelity modules will send out vibrations for users to feel in-game sensations, such as jumping into water or landing on a platform.

Gaming immersion is further enhanced with a full-surround OLED display that folds back into the chair when not in use. Design cues from the Razer Iskur have also been carried over, with Project Brooklyn set to feature high-density, comfortable foam cushions and a leather-stitched seat back. The adjustable platform that it sits on boasts cable-routing capabilities, while its fully-modular 4D armrests can be neatly tucked away as collapsible tables for an easy switch between mouse-and-keyboard gaming, and console play.

To round off the gaming experience, Razer, in an utterly unsurprisingly move, has implemented RGB lighting along the exterior of the seat cushions, with 16.8 million colours and over 150 integrated game titles for users to choose from.

Given how everything is likely to be in the early stages of development, Razer’s bold take on the gaming chair concept may seem like a tall order. However, the industry giant assures that top esports athletes and influencers will continue to be roped in for the testing process, such that a better idea of feasibility, comfort, and performance can be determined.

Nothing is quite set in stone yet as of now, but that’s only to be expected when one waddles into new, innovative waters. It sounds pretty cool and fancy – if a little superfluous – and only time can tell if the idea will take flight. 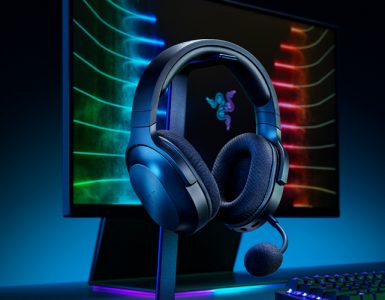 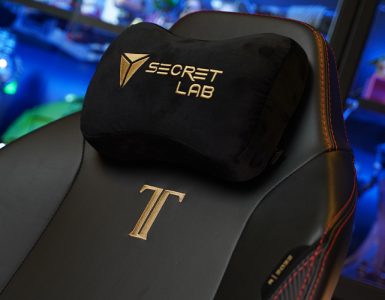 Evolution takes on a familiar, yet different form.