BlizzCon is back with another round of game announcements and showcase reels, but it’s doing things a little differently this year. In place of a physical convention, it has instead gone digital, with the entire stream made free-to-view, and fan-favourite titles getting their own category and streaming channels.

BlizzCon 2021, otherwise known as BlizzConline, continues the yearly tradition of celebrating Blizzard titles while also commemorating the company’s 30-year legacy. Nostalgia is a recurring theme this time around, so there’s a pretty balanced look at all things retro and upcoming excitement.

Here’s how it all went down on the digital stage.

A callback to the retro times, the Blizzard Arcade Collection makes a return to 1990s nostalgia with a trio of classic SNES titles in tow: Lost Vikings 1, Rock and Roll Racing, and Blackthorne. Apart from allowing players to rewind gameplay and map buttons according to individual gameplay preferences, the 16-bit bundle will also include a digital museum, where concept art, interviews, and other behind-the scenes content can be accessed. The best part? All of this throwback goodness is available now, and comes automatically included in every purchase of the 30th-anniversary bundle for Switch, PS4, Xbox One, and PC.

Three classes have already been revealed, and now another familiar face has made a grand appearance: the bow-wielding Rogue from the original Diablo. In Diablo IV, however, players will be able to create their own version of the characters by customising the latter’s looks, background, and play style that now brings more versatile options. Want your rogue to be a devastating, close-combat fighter? Check. An expert ranger that kills from a distance and the shadows? Double check. A mix of both to be the ultimate threat? Triple check – there’s nothing holding the rogue back from unleashing hell on the throngs of enemies.

Hell is getting a new coat of paint, and it’s looking pretty swell so far. Slated to drop sometime in 2021, Diablo II: Resurrected will arrive on PC and both current- and next-gen consoles as a full HD remaster of the original game and its expansion, with a cross-progression feature in tow. All seven character classes of the roster and bosses are set to return, but that’s not all players can look forward to – all 27 minutes of cutscenes in the game will be remastered as well, which means more upgraded visuals to feast your eyes on.

Brace yourself, for the dark portal is reopening sometime in 2021. The herald of the Burning Crusade brings the classic era of World of Warcraft to the modern in-game world, so original questing content, first-stage endgame gear, flying mounts, and zones like Hellfire Peninsula and Nagrand will no longer be a memory of the long past. Karazhan, Gruul’s Lair, and Magtheridon’s Lair are made available for raids at launch, alongside the Jewelcrafting profession and Arena PvP system features.

The Jailer is a major player in the newest expansion of World of Warcraft Shadowlands, and he certainly isn’t joking around. There’s quite a fair bit happening in Chains of Domination, from the player’s discovery of Alduin’s fate following a cliffhanger cutscene in Torghast and the all-new Korthia endgame zone to a host of other quests and outdoor activities. Everyone’s favourite god-king is currently being corrupted due to the Jailer’s influence, but Blizzard confirmed that he’ll not be a boss in this patch, which means there’s still plenty of room for his story to unravel in the world of Shadowlands.

There’s plenty planned in the pipeline for Hearthstone players, which is quite the pleasant surprise. In true yearly tradition, Blizzard’s strategy card game is ushering in yet another themed release, this time in the form of the Year of the Griffin. Bringing a shake-up to the standard playing format is a free 235-card core set, which is made up of the best picks along the years. The game’s three legendary dragons, Ysera the Dreamer, Malygos the Spellweaver, and Deathwing the Destroyer, also enjoyed a brief introduction on the digital stage.

Accompanying the update is an announcement for Hearthstone Classic and the Forged in the Barrens expansion. While the former allows fans to play the game as it was when it was first released with the original set of cards, the latter brings 135 new cards and a fresh game mode to the table. Titled Hearthstone Mercenaries, the expansion sees popular Warcraft characters like Sylvanna and Hearthstone’s fan favourites embarking on rogue-like missions to level up, gain better equipment, and evolve into more powerful versions of themselves. Forged in the Barrens will launch later this year, with pre-purchase available through 22 March 2021.

That wraps up another year of BlizzCon! The one-hour showcase might not be as content-packed as one might expect from previous years, but that’s where the game-specific channels will come in to offer a more detailed dose of information, especially for Overwatch 2 and StarCraft II, both of which did not have a spot in the opening ceremony. Interested parties may head over to the official Blizzard website for the full event schedule, and may the spirit of BlizzCon continue to live on for the many years to come.

Hopefully, it's a brand new title. 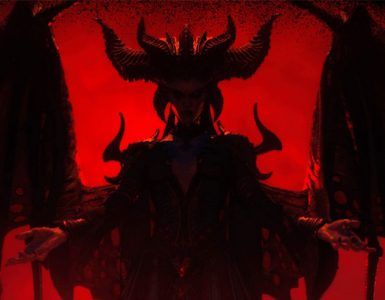 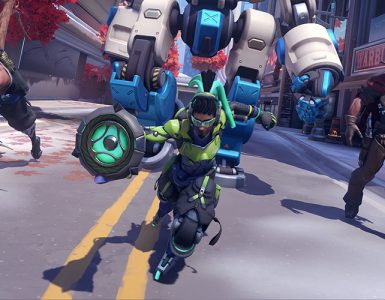