The World of Warcraft universe is no stranger to the tabletop, having spawned dozens of board and card games based on the expansive world of Azeroth over the past two decades. This time, fans of the series can dive into the iconic land once more, this time as an entry in the Small World board game series.

Blizzard Entertainment and Asmodee’s Days of Wonder arm have announced Small World of Warcraft earlier this week. Unlike the previous Small World games, this one is a standalone title based in the popular MMORPG.

The game caters to 2 to 5 players, and runs for about 40 to 80 minutes. Similar to the regular Small World titles, players will duke it out for total dominance of the various islands of Azeroth by slowly expanding from their individual starting areas and taking control of other areas.

One key feature is that each player will take control of two different races and combine their various bonuses (orcs and humans, yes please!). Additionally, there will be new legendary places and artifacts that, when acquired, will grant massive buffs to the player that controls them, upping the stakes in an already intense game.

Small World of Warcraft will release sometime in Summer 2020, and will retail for US$59.99. 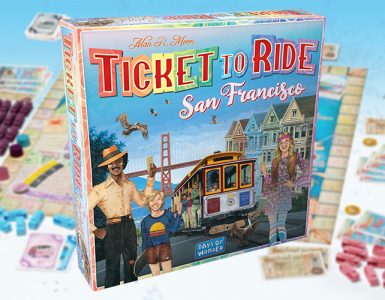