Marvel and LEGO are hardly strangers, especially with the latter’s recent builds modelled after famous scenes, stage and character designs, and the like in the last two Avengers films. Often, they are assembled to sheer brick glory, complete with the intricate details of a character’s outfit, perhaps, or an architectural structure.

Where individual characters are concerned, however, the choice remains limited. Minifigs and BrickHeadz models are certainly an option, but those looking to build a specific superhero from scratch may find disappointment instead. For one Choi Dambaek, though, that’s no problem at all.

Introduced as a builder and creator in the craft of brick-building, the Korean enthusiast takes to Instagram to showcase his original LEGO designs from the world of Marvel. In the posts, Earth’s mightiest heroes all sport a startlingly accurate resemblance to their onscreen counterparts, with easily identifiable traits and signature elements nailed to the tee.

Accompanying the superhero builds separately are their alternate designs and aliases. There’s Cap, but Nomad and Hammer Cap are not to be forgotten, while Thor has three other iterations – Coke Thor, Chair Thor, and Chubby Thor – which make for a thor-ific addition. Iron-Man, meanwhile, is given both a Tony Stark and suited version.

With each superhero, there’s always a force of evil that follows. Apart from creating the designs of the good guys, Choi also works on recreating the villains, including the likes of Red Skull and Thanos.

But Thanos and the Infinity Gauntlet go hand-in-hand (hah), so of course there will be a standalone build of the latter, along with its red-glossed Nano Gauntlet cousin.

Beyond the Avengers cast, there exist LEGO models spanning across other fandoms as well, such as X-Men‘s Cyclops, Magneto, and Wolverine, DC’s Batman and Joker, Street Fighter‘s Ryu and Blanka, and even the Mario-Luigi duo. Real-life is not spared, too – KFC Sanders, Ronald McDonalds, and wrestler Hulk Hogan have all been reimagined, brick-style.

More MOC goodness may be found at Choi’s Instagram page, in which bricks run the show. 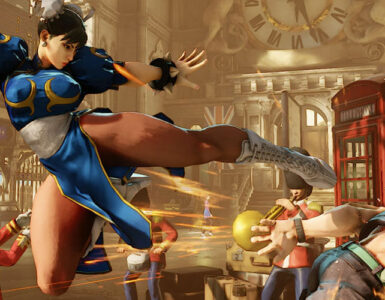