Amazon has finally released an official trailer to The Wheel of Time.

An adaptation of Robert Jordan’s fantasy epic of the same name, the trailer allows fans to enter the magical world inhabited by forces good and evil.

Starring Rosamund Pike as Moiraine, the trailer sees the leader of the Aes Sedai – a powerful all-female organization – gather other gifted individuals to journey across the world. Amongst them, one would be key to saving the Earth against an army of evil forces, led by ‘The Dark One’.

The trailer gives a good look at what challenges and adventures our heroes are bound to face, as well as the scary monsters and creatures that serve ‘The Dark One’.

Plus, the trailer is a first-of-its-kind immersive experience that allows fans to view the traditional 2D trailer in a virtual three-dimensional ‘wheel’. To the left of the screen, viewers will discover Moiraine’s powerful ‘One Power’ channeling – featuring her voice, face, artifacts, and symbols hidden amongst the energy waves. On the right, a dark power hovers – featuring a face with glowing orange eyes, monsters, a hooded character and hidden messages.

The trailer also features spatial audio that gives fans a more immersive experience as objects appear from either side of the ‘wheel’.

The first three episodes of The Wheel of Time arrive on 19 November. After that, an episode will be released every Friday until the season finale on 24 December. 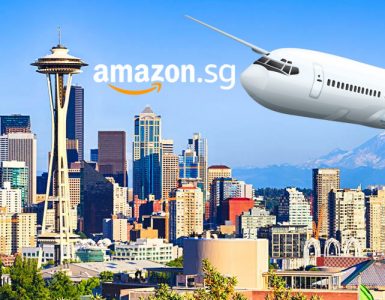 26 lucky Amazon.sg Black Friday shoppers will stand to win a pair of return tickets to Seattle!