Armchair critics can say what they want about the onslaught of movie sequels and series revivals, reboots and continuations, but the geeks love it.

There’s the very widely-anticipated The Avengers: Infinity War leading the charge, followed by a slew of superhero titles, including Deadpool 2, and X-Men: Dark Phoenix. The non-superhero movies are doing well on that front too, with the likes of Incredibles 2, Maze Runner: The Death Cure, and Fantastic Beasts: The Crimes of Grindelwald joining the lineup.

Translate the reel life experience to the realm of anime, and the above statement rings true as well.
After a relatively lukewarm start of the year,, fans of the genre can expect a host of juggernauts, including Attack on Titan, My Hero Academia, and Tokyo Ghoul, to last through the new year. Spring, in particular, is shaping up to be the most exciting month, as per most years, so it’d do good to make those dates down on a calendar.

Without further ado, here are 13 new seasons of existing anime to satisfy your appetite for all things anime, while simultaneously reliving the fond memories of past instalments (in alphabetical order).

PS: Did you know that One-Punch Man is available on Netflix Singapore? You can binge watch that while waiting the the following shows to start.

Arguably the most hyped series on the list, Attack on Titan became an international hit, spawning live action movies and video games. Since then, the series has enjoyed great viewership, and cemented its position as one of the biggest giants (or titans, if you’d wish) in the anime industry. This new season will follow the events of the Uprising arc, which means there’ll be many story twists lying in wait. Of course, manga readers are already well-prepared for the onslaught of political involvement, and the unexpected shock reveal of a certain illegitimate child from a noble family…

The worldwide phenomenon that is My Hero Academia has been slated for a third-season release, which is hardly a surprise – the clever narrative spin on the well-worn superhero troupe, and its affable character cast have won the hearts of many. Following the events of season two, the latest addition will cover the School Trip Arc, where Class 1-A goes on a school trip to a training camp under the supervision of hero team Pussycats. Cue both new and old villains alike (read: League of Villains), familiar faces, a darker story tone, and plenty of dangerous (mis)adventures, intense action, and heroic rescues in store.

Coming back strong after the end of its first manga and anime run 18 years ago, the new entry to the Cardcaptor Sakura universe follows the 2016 sequel manga of the same name. With an anime opening theme chock-full of the best Cardcaptor Sakura elements, the beloved shoujo classic sees titular character Sakura, and her close friends Tomoyo and Syaoran Li through their junior high school days. The first episode reignited fans’ past love for the series, and it should only get better.

After an indefinite delay, the fourth anime of the Full Metal Panic franchise is finally ready for broadcast, much to the delight of fans. The long-awaited comeback will serve as a continuation to the previous instalment, and is set to adopt a pace that’s intended to be “full throttle from the get-go”, with the promise to follow the original work as far as possible. Be prepared, then, for large-scale destruction of Mithril bases, massive explosions, and tons of perilous thrills.

The oni bureaucrats of Japanese Hell return to close the final chapter of Hoozuki no Reitetsu 2nd Season, which aired from October to December 2017. Known for its quirky sense of humour, and the interesting spin to Japanese folklore and mythology, the show looks to retain the same level of light comedy present in its predecessors. Of course, the ever level-headed Hoozuki wouldn’t be the Head Judge of Hell we’ve all come to love without his famous sadistic personality, so viewers can look forward to many more hellishly-fun (pun intended) shenanigans.

Come May, members of Raimon Middle School’s soccer club will put on on their soccer boots once again. Instead of the familiar faces found in the first anime season, however, Ares no Tenbin features a brand-new cast, and weaves the perspectives of three characters – Asuto Inamori, Ryohei Haizaki, and Yuuma Nosaka – into a narrative about soccer. Set in a parallel world within the Inazuma Eleven universe, the show makes for a wholly different experience for old fans, and newcomers alike.

7) Nanatsu no Taizai: Imashime no Fukkatsu (The Seven Deadly Sins: Revival of the Commandments – January 13, 2018)

Details are hush-hush for this one, but manga readers should brace themselves for the appearance of a familiar face from the Demon Clan. Anime-only fans, meet Zeldris, one of the strongest members of said organisation. Sporting a head of yellow hair, he’s central to the story of The Seven Deadly Sins, going against the Meliodas and the Seven Deadly Sins. Beyond that, not much is known, so hopefully Revival of the Commandments will do justice to its manga counterpart.

With an interesting premise revolving around virtual reality gaming, and the directing chops of renowned animation powerhouse Madhouse, Overlord shot to surprising popularity when it was first released in 2015. Three years down the road, and the adaptation of a light novel series of the same name is coming back with a 13-episode cap, which is a possible point of contention for the more hardcore enthusiasts. The reason? Overlord II will stop airing before the truly scintillating parts of the story’s coming arc. Still, it’s definitely worth a watch, especially with its very positive reputation among the community.

With the second cour of Food Wars!’s third season comes the ultimate battle against the Elite Ten. Protagonist Yukihira Souma wields his knife again, as he and his merry band of rebels attempts to overthrow the hierarchy set by the Elite Ten through a series of shokugeki – translated to mean ‘food war’ in English, where challengers engage in a cooking fight with stipulations on the line. The Third Plate promises to deliver an enthralling experience, with plenty of food goodness, turnabout duels, and friendship moments to boot.

A side story to the original Steins;Gate title, it explores the untold narrative of eccentric mad scientist Okabe in his struggle to recover from a failed Kurisu attempt. Layered with a dark tone, Zero delves into the events from the Beta Attractor Field’s future, and retains the overarching vibe of the original video game series. True to the its genre, the anime will contain many sci-fi elements that fans may recognise, with thrilling revelations aplenty. Judging by the reception for its previous instalment, this should lend itself to an excellent anime adaptation.

An anime adaptation of Tokyo Ghoul: re, the title marks the start of protagonist Haise Sasaki’s journey, two years after the events of Tokyo Ghoul. His unfortunate life continues as he attempts to manage a team of young Quinx – humans or half-humans with a restrained ghoul-only sack-like organ installed in their body – among a labyrinth of many other unexpected shocks. Fans are bound to keep a careful lookout for information after Studio Pierrot’s poor handling of Tokyo Ghoul Root A, so re may just be the opportunity they need to rebuild the fans’ trust.

The cycling spirit continues to burn strong in the fourth season of the Yowamushi Pedal series. The main cast is set to make a return for the Inter High competition, where top high school cycling clubs of the nation are pitted against one another. Get ready for a roller-coaster ride of grit, sweat, friendship, and intense rivalry, as every school aims to emerge victorious.

The sequel to Touken Ranbu: Hanamaru reintroduces viewers to the 62 Touken Danshi characters from its previous instalment, and adopts a more lighthearted tone than the recently-aired Katsugeki/Touken Ranbu. With the show’s focus on the cheerful aspects of the characters’ lives, do expect fluff, slice-of-life moments, and wholesome character interaction.

UP IN THE AIR News about part two of the hugely-popular steampunk series have made their rounds around the community, but the exact release date has yet to be confirmed. Often compared to Attack on Titan, the two titles sport several similarities, such as a post-apocalyptic setting, colossal beings (titans vs zombie-like entities Kabane), and a shuttered-in location (walls vs fortresses). Since the first season ended off with some unanswered questions, fans are hoping that more lore details will be revealed, especially the backstory of how the current world came to be.

With the dawn of a new year comes the opportunity to rekindle one’s past love for a particular existing anime series. There’s that lingering sense of nostalgia, the strong urge to voraciously consume all related content, the desire to be lost in a world of special effects, and smooth animation. Ah, the great wonder of the good ol’ days.

Having said that, newcomers need not fret – the year is also accompanied by other high-quality, vastly interesting standalone works, such as Violet Evergarden, Hakata Tonkotsu Ramens, and Juushiniki Pandora. All in all, 2018 is probably on its way to becoming one of the best years for anime, with the right mix of both new and old franchises alike. 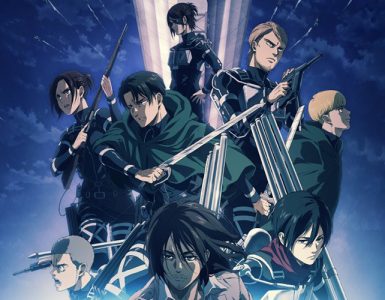 The war is coming to an end. 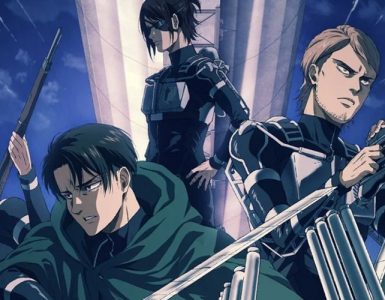 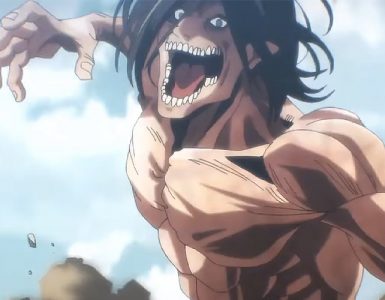