Swedish game studio The Outsiders announced back in 2016 that they were in the midst of developing a game codenamed Project Wight.

No news has been heard from the studio since then but after a few years, they are finally ready to share the game’s real title – Darkborn – as well as early gameplay footage that give us a look into what the game will be like.

In Darkborn, you inhabit the role of a fearsome beast that’s more than capable of wanton destruction but unlike other monster games, you are not necessarily the predator. Instead, the reason your character is sneaking around killing humans is to enact vengeance for the death of your family, courtesy of the Viking-like humans.

“We always centre our experience in our own perspectives,” co-founder of The Outsiders and project lead David Goldfarb says. “I thought it would be interesting to look at it from the position of a monster who is, in this case, innocent and not the typical threat. What would happen if you were the one being persecuted and the people were the ones who were ruining your habitat and murdering your family? What would that mean and what’s that journey like? That to me is really interesting.”

Goldfarb cited John Gardner’s Grendel as a major inspiration for the game, as well as other pop-culture hits like King Kong and Bambi. Games like Shadow of the and Shadow of Mordor also served to inspire Goldfarb when working on Darkborn, with his thoughts centring around the concept of “What if the monsters you were tasked to kill were actually the good guys?”

Goldfarb adds that he hopes players will get to experience a new perspective beyond the usual good versus evil, “We want them to want to help this lone creature succeed against seemingly impossible odds on their journey of knowledge and vengeance.”

There is currently no confirmed release date for Darkborn but it is more than likely that the game will be released for the PC first before getting a console launch later. 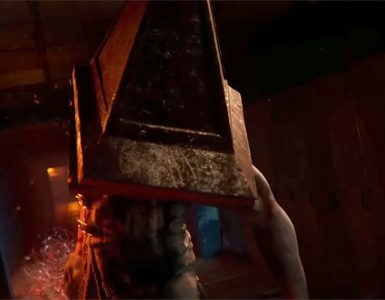 Silent Hill is back, sort of.