TSIOQUE, a Point & Click Adventure Game that’s Worth a Look

I’ve always been a big fan of point & click adventure games, and grew up with classics like Loom, The Secret of Monkey Island and Legend of Kyrandia. In this day of everything game’s an FPS title, its great to see some game developers still working old school puzzle solving adventure games.

I especially like that they’ve drawn their inspiration from the things that amazed and captivated them in their childhood days spent in front of the pale glow of CRT monitors, such as Day of the Tentacle, Dragon’s Lair or Ron Gilbert’s Pajama Sam series. The Story and Premise

The protagonist is a little warrior princess named Tsioque, imprisoned in a castle ruled by the Evil Wizard. She’s not the kind of princess who waits for Prince Charming to rescue her – she’s brave and stubborn, and has an unusual talent for bringing unintended chaos and destruction wherever she goes.

During her escape, Tsiqoue will explore a castle with a mysterious past, which – bound by a powerful spell – has not only become home to demons and magical creatures, but also, itself, has been affected by the evil power… It bends and shapeshifts, forming layers upon layers of transformation and illusion. It is an essential part of the plot and – especially later in the game – is tightly integrated into the gameplay.

The developers have even provided a playable demo. Though it may not reflect the quality of the final product,  it will certainly help you visualize the look and feel they are aiming for in the full version of TSIOQUE.

Too busy to play the demo? Then watch the gameplay right here:

Back the Game on Kickstarter

Like what you see? Lend your support on Kickstarter to help the developer reach their $35,000 goal! The final game is estimated to release in October 2016. Let’s make it happen, fellow adventure game fans!

Oh yes, it is also available for voting on Steam Greenlight. 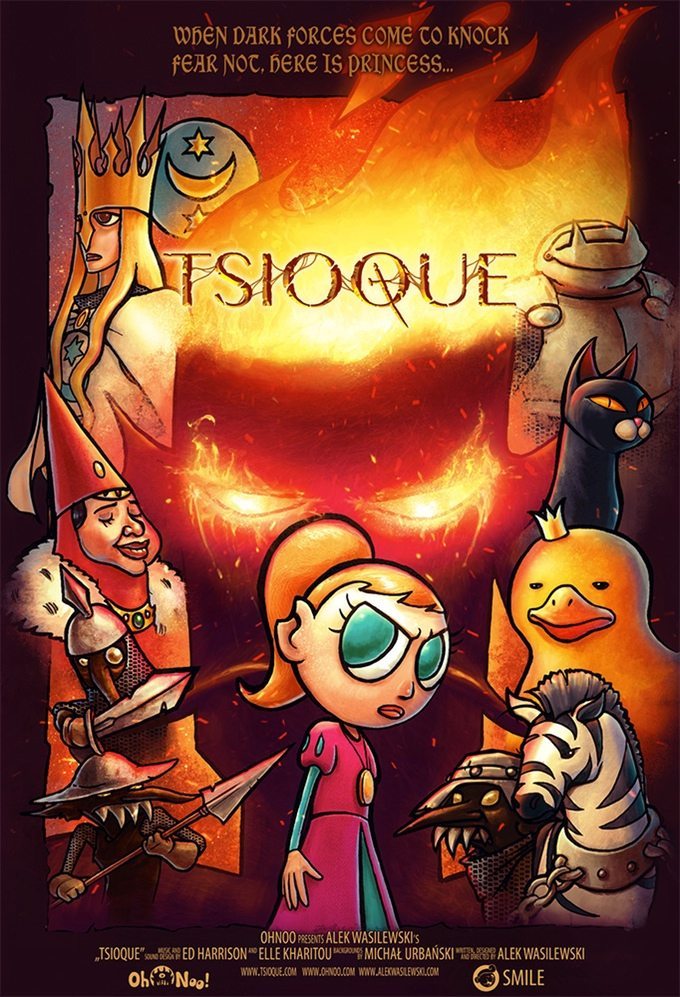