It’s an annual affair that Apple fans have come to expect and fawn over – the launch of a new iPhone and for this year, it’s four versions of the iPhone 13 models, from the iPhone 13 mini, to the top of the line iPhone 13 Pro Max, now available in a variety of colours.

But for many, there’s just one setback – these impressive devices can be expensive and there’s good reason – Apple chooses to pack each iteration with some of the best features that sets itself apart from other phones in the market, such that users cannot wait to get their hands on the devices.

For example, the new iPhone 13 devices come with a cinematic mode that enables the device to film video with a soft background, and the ability to easily move focus from one subject to another during post production, to draw the audience’s attention.

As always, there is one trick to get the latest mobile devices at a slightly cheaper price and if you think about it, there are fixed costs involve that aren’t necessarily a factor in determining the final price of the device – get it from your telco with an existing subscription plan.

Since you’re already paying a monthly fee for your mobile line, take advantage of the cheaper handset prices to get a new iPhone 13. And if you’re worried about paying too much for a monthly plan, consider signing up, or porting over to Circles.Life, Singapore’s fourth telco and one of the cheapest providers of a mobile plan in the market. Unlike other telcos that look at offering monthly plans starting from S$40 a month, Circles.Life has an offering less than half of that, at $18 a month. The Singapore-founded telco aims to give power back to its customers by providing efficient digital services and the best pricing plans, so that owning the latest gadget is possible without breaking the bank.

New customers get to enjoy S$30 off their first month bill and 3 months of unlimited data with promo code: LUCKY13.

Here’s the breakdown of the total amount you need to pay, for 24 months of service and the price of an iPhone 13.

These plans differ largely from other telcos that charge a higher monthly base plan starting from $40 depending on the telco you go to. These telcos also require you to sign a bonded contract that will require you to pay cancellation fees if you choose to terminate the contract. The only catch here is that some telco plans do offer longer talktime, larger data and higher SMS.

Here’s a brief comparison between Circles.Life and other telcos based on the iPhone 13 Pro Max (128GB).

If you’re already familiar with the concept of a SIM-only plan, have already ordered a phone directly from Apple and are deciding on a signing up for a SIM-only plan between the different telcos, Circles.Life is still the way to go.

This is because Circles.Life offers the most affordable deal across the board. With Circles.Life, billing is fully transparent. What you see is what you get so you won’t be surprised with unexpected add-on fees. This is especially if you’re hoping to port over to Circles.Life.

While the table might have us zooming in on the raw monthly subscription, the bit that piles on the cost would be Caller ID. For the traditional telcos, such as M1 and Starhub, Caller ID is a paid add-on which increases the price overall. Hence, it still pays to go with Circles.Life as long as 20GB of data per month is sufficient for your needs (which is plenty, truth be told).

End of the day, if getting your hands on the Apple iPhone 13 line for a cheaper cost and with a fuss-free plan is your end goal, then look no further than Circles.Life. To grab your iPhone 13 with no contract with Circles.Life all you have to do is check out the telco’s easy and accessible website. As previously mentioned, new customers get to enjoy S$30 off their first month bill and 3 months of unlimited data with promo code: LUCKY13. 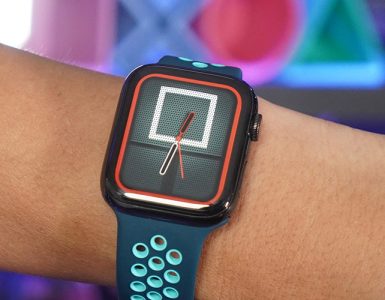 Time to theme up your Apple Watch face with endless possibilities!