It’s been over 30 years since the release of the original Predator movie and fans of the franchise are still as enthusiastic as ever. The upcoming Predator: Hunting Grounds by Illfonic (developers of Friday the 13th: The Game) is the second game in the franchise since Predator: Concrete Jungle (2005) on the PlayStation 2, and the anticipation is palpable.

This 4v1 asymmetrical co-op multiplayer shooter has left fans either very hot or cold on the subject and a recent video from the PlayStation Access YouTube channel has given some fans insight into what they can expect from the gameplay.

Players get to choose between playing as a Predator or as a member of an elite Fireteam. The environment and objectives are reminiscent of the original 1980s movie but with updated technology and weaponry. The Fireteam has to complete their objectives while trying to avoid being hunted down by not only the Predator but the AI-controlled guerilla group that inhabits the area too. Once all objectives have been completed, the Fireteam will of course, have to get to the CHOPPA! to win the scenario.

At the Tokyo Game Show 2019, Geek Culture got a brief hands-on session with the game and learned an extra few new details on the game, direct from the developers.

Fireteam: You can camouflage yourself from the Predator, using mud

One of the iconic moments in the original 1987 movie, Predator, was when Arnold Schwarzenegger covered himself from top to toe in mud, blocking out his heat signature so that the Predator couldn’t detect him. In Hunting Grounds, the Fireteam members can do just that, and make use of mud spots throughout the map to camouflage themselves from the Predator. This will render them invisible to the Predator (but only when the Predator is using the infrared vision mode).

However, sounds made by the players when they talk over VoIP or when firing their guns will still give their positions away, via circular soundwaves (sound pings) that appears in the Predator’s infrared signature vision mode.

Predator: Rip out its enemies’ skulls to prevent them from getting revived by teammates

Every hunter needs his trophies, and the Predator is no exception. In this case, ripping out the downed Fireteam members’ skulls from their bodies will put them out of the match for an extended period of time, until one of the other players calls them back in at a designated reinforcement point. Otherwise, each of the team members can call out for help and get revived on the spot.

The developers at Illfonic also confirmed that the team is working hard on implementing a whole slew of ways the Predator can finish off its victims, and claim its trophy in all sorts of gruesome ways. Right now only the skull gets ripped out, but we’re fully expecting the attached spine to come along with the skull in the final game.

Fireteam: The spotting mechanic is key to hunting down the Predator

Spotting can also be used to call out other different things in the game, such as medical crates, weapon supplies and AI-controlled guerilla soldiers and snipers..

Predator: You can self-destruct when health runs low

That’s right, when the Predator’s health runs low, the player can activate a self-destruct sequence via the wrist computer, and the Fireteam will need to scramble to get out of the blast radius before the countdown timer rounds out. Wiping out the Fireteam in this way doesn’t garner a victory for the Predator though, as the outcome is determined by scoring.

We can already imagine players who play as the Predator letting out a blood curdling laugh over VoIP when the self-destruct sequence is activated, just like the ending in 1987’s Predator.

Predator: Hunting Grounds will be multiplayer-only

Based on Illfonic’s track record of games, the studio specializes in multiplayer games. So with this one, there is a big focus on perfecting the multiplayer experience. “I feel, to be the best Predator, you have to be hunting real people. AI can only be so good. And if you’re a Predator fan, you will want to be the hunter, and the guy who gets to rip skulls out from actual players. AI just isn’t as good to hunt as humans,” explained Charles Brungardt, CEO of Illfonic.

Predator: Hunting Grounds is slated for release in 2020 on the PS4, Xbox One, and PC. 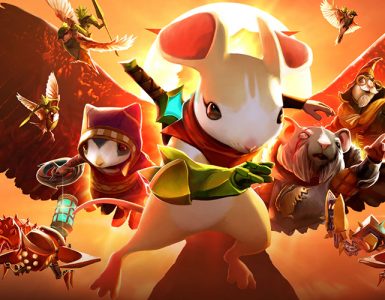