Take To The Streets Of Night City With CMON’s Cyberpunk 2077 – Afterlife: The Card Game

We’ve still a little more than half a year until the release of the much-anticipated Cyberpunk 2077. In our eight months of waiting, our appetites will be whetted by the launch of a new tabletop RPG set in Night City, and also now a new card game as well.

From the creative dovetailing of board game mongul Cool Mini Or Not (CMON) and CD Projekt Red comes Cyberpunk 2077 – Afterlife: The Card Game at Gen Con 2019.

Designed by award-winning board game designer Eric Lang (Zombicide, A Song of Ice & Fire Miniatures Game), this card game puts you in the shoes of a Fixer in Night City. Meaning to say, you’re that NPC hiring cyberpunks such as the game’s main protagonist, V, to do your seedy bidding as you vie for control over Night City.

You’ll be able to equip cyberpunks with various gear, weapons and other upgrades, and send them on missions. Successful missions net you Street Cred, which will upgrade surviving cyberpunks to Veterans, which in turn will grant them further bonuses to newly-recruited cyberpunks to tackle more missions.

However, in keeping with the “nothing is free” theme in Cyberpunk 2077, Afterlife incorporates a unique card-drafting mechanic that forces you to choose which cards you want to buy and which to trade in for in-game currency in order to buy new ones.

Expect more gameplay details to be announced over the next few months.

Cyberpunk 2077 – Afterlife: The Card Game will be launched sometime in 2020 — hopefully around the same time as when the game releases. 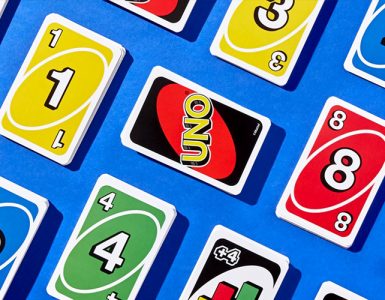 Celebrating years of chaotic fun with even more UNO.

Do you have what it takes to be the most CHAO RECRUIT?