Samsung Unpacked 2021 saw the reveal of a brand new flagship phone series – the Samsung Galaxy S21 – and the Samsung Galaxy Buds Pro. Whilst the impressive features and stunning new colours took centre stage, an exciting addition that caused a bit of a flurry was the S Pen.

To take productivity and creativity up a notch, Samsung is bringing the popular S Pen experience to the Galaxy S series for the first time. But what does this mean?

For starters, the S Pen used to be a special hardware feature in the Galaxy Note series. It was first introduced back in 2011, tucked into the bottom edge of the very first Galaxy Note phone. Just as Samsung’s flagship series has redefined the mobile experience as we know it, the S Pen has rewritten the rules for what a smartphone stylus can do.

Bringing on the S Pen experience to the Galaxy S series means that users can now unlock the power of the S Pen on the Galaxy S21 Ultra. Not to be confused, the S21 Ultra does not actually come together with the S Pen.

Users will need to buy the S Pen separately

The S Pen serves as an additional accessory. Users can choose whether or not they’d like to add on the Note experience to their S21 Ultra for an additional cost of S$88 that comes together with a compatible case to hold the separate accessory. This is unlike the Note series which has a crevice that can store the pen itself.

Works with existing S Pens in the market

However, if you already own the S Pen from a Galaxy Note phone or Galaxy Tab tablet, there’s no need to buy another one as Samsung has said that the S21 Ultra will work with existing pens.

Whilst the S Pen will come in handy on the S21 Ultra for note-taking, photo editing, navigating and signing documents, not all S Pen functions on the Note applies to the S21 Ultra.

As the integration of the current S Pen with the S21 Ultra lacks Bluetooth support, the stylus misses out the bigger perks found in the Galaxy Note series otherwise known as Air Gestures.

The Samsung Galaxy Note 20 is great as it allows users to avoid carrying around another presenting tool. Users will be missing the ability to make full use of air gestures like controlling slideshows or skipping a song with a flick of the wrist ala Hermione Granger.

The lack of Bluetooth support also means you won’t receive any alerts if you leave the S Pen behind, so if you walk away from the stylus, your phone won’t notify you.

The issues seem to rest more in the stylus’ hardware as compared to capabilities in the new S21 Ultra.

A S Pen Pro has been mentioned

This is definitely something to keep in mind if you’re thinking of making the switch from the chaebol’s Note phone to the S21 Ultra. Samsung has mentioned the possibility of a potential “pro” version of the S Pen. This would allow for full functionality bringing the S21 Ultra up to the same level as the Galaxy Note. However, no word on the timeline nor availability has been shared at this point of time.

The addition of the S Pen to the S21 Ultra hints to us that more could be in store for their Note series down the line. In some ways, we would have preferred if S Pen functionality with the S21 Ultra was more robust.

At this point of time, all three models in the Samsung Galaxy S21 Series 5G are available for pre-order in Singapore now on Samsung’s official Shopee store. 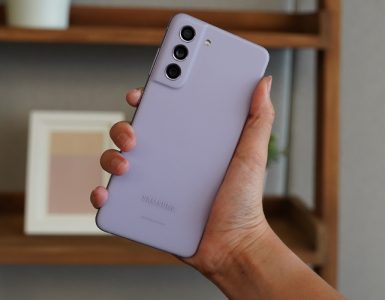