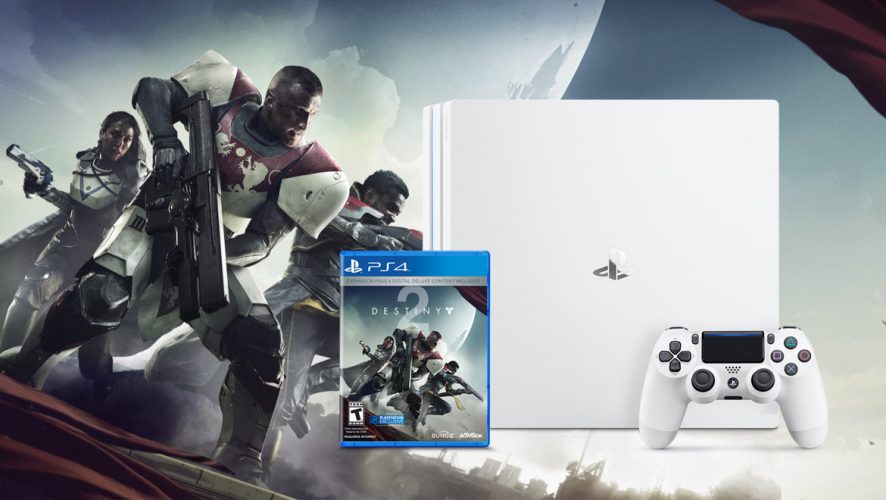 Destiny 2 is a hotly anticipated title that is slated to reach eager gamers’ hands this September 6, bringing with it a more polished experience with numerous improvements that could see it do great numbers in 2017.

With an Open Beta happening on July 18, there is even more good news if you are a PlayStation gamer. The Limited Edition Destiny 2 PlayStation 4 Pro Bundle has just been revealed and will be released day and date with the game. Covered in a pristine Glacier White sheen, this PS4 Pro comes with a 1TB HDD, an equally gorgeous DualShock 4, as well as Destiny 2. They even threw in the Expansion Pass and more premium digital content for the hardcore fans.

Destiny 2 players will be able to get their hands on exclusive content before anyone else, including multiplayer maps, strikes, ships, specialised gear, and even an exotic weapon. This bundle is sure to fly off the shelves, so if you much rather be prepared right now, you can get yourself a PS4 Pro here before September 6.