Rosario Dawson Will Reportedly Wield The Force As Ahsoka Tano In The Mandalorian: Season 2

WARNING: SPOILER ALERT FOR THE MANDALORIAN IN THE LAST PARAGRAPH!

There’s certainly something to be said about the exceptional storytelling prowess of the Star Wars: Clone Wars team, as they transformed an originally ill-received character to a highly-regarded one over the years. First introduced as Anakin Skywalker’s Padawan apprentice, Ahsoka Tano has since grown into her own person, and managed to win over some hearts while at it.

As it turns out, the beloved dual-wielder may be making her way over to the second season of Disney+’sThe Mandalorian very soon. According to Slashfilm, the news came from two independent sources that both confirmed the casting of Zombieland: Double Tap star Rosario Dawson as the fan favourite character. An official announcement has yet to be made.

It’d be pretty cool if the word becomes reality, however. Back in 2017, the actress responded to a fan asking her to appear in a Star Wars movie with a tweet that reads, “Ummm…yes please?! #AhsokaLives #AhsokaTano #StarWars”. This was then followed up by a recent fan post, who did a side-by-side comparison of Dawson and Ahsoka “for reference”, to which Dawson quote retweeted, “Tell ’em! #AhsokaLives”.

With Dave Filoni as the writer, producer, and director on The Mandalorian, the crossover would serve as a homecoming of sorts for Ahsoka as well. Filoni is, after all, the co-creator of the character, the latter of whom has also appeared on Star Wars Rebels.

Ahsoka’s role in The Mandalorian: Season Two remains unknown, but we’re guessing it has something to do with the Darksaber, especially since it was once the property of Sabie Wren – the Mandolorian last seen with Ahsoka before their search for Ezra Bridger in Rebels. Apart from a small cameo in Star Wars: The Rise of Skywalker, the crossover stint will be Ahsoka’s first live-action appearance in a galaxy far, far away too. 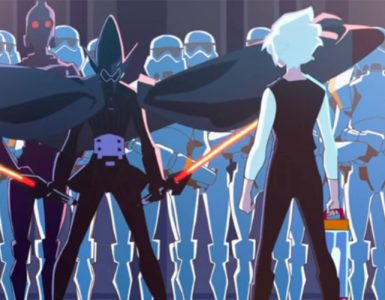 A beautiful movie worth the love of both the big and small screens.