Classic massively multiplayer online role-playing games (MMORPGs) have found new life on mobile devices, and for many who grew up playing all those games, this is only natural. With mobile devices becoming more powerful than PCs of the past, these mobile MMORPGs provide nostalgia in one’s pocket. Not only that, due to the social nature of these games, players are able to connect with a whole community of people sharing similar shades of gaming memories.

Enter Jian Xia Qing Yuan R (剑侠情缘R). It is part of the Jian Xia Qing Yuan franchise, set in the world of wuxia where martial artists are divided into different sects, mastering all forms of weapons, unique techniques, and cultivating qi. As every character constantly works towards the pinnacle of strength, tales of romance, revenge, and politics blend into timeless epic tales.

Specifically, Jian Xia Qing Yuan R is a remaster of the MMORPG, Jian Xia Qing Yuan Online, which was first released in 2003. The franchise is close to the hearts of many who were lucky enough to play the titles, and got a taste of something that’s neither JRPG nor western RPG.

The isometric 2.5D perspective of JXQYR is immediately recognisable and distinct to those who played the original MMORPG, and the similarity is present even down to the mechanics.

The Song Jin Battlefield pits the warring factions of Song and Jin against each other. Yes, this is a large-scale PvP mode, and a big war like that is also a staple in many wuxia stories. Players will be randomly assigned to either faction, and will have to defeat other players and NPCs in order to clinch victory.

For PvE, there are world bosses too powerful for individual players to take on. As such, players will work together and take down a common enemy. But will allies stay allies when rare loot enters the equation? With these loot being unbound, perhaps players will even be negotiating for a piece of the pie through conversation or at knife point.

Of course, when it comes to MMORPGs, part of what gives the community a sense of presence is a bustling marketplace. There is a free trade system that is designed to make the game economy feel both organic and alive. Players can set up street stalls and peddle their wares, and the other players can haggle for a better deal. There is also an auction system, so players won’t have to worry about being unable to find the right weapon for any task! For those who are weary of all the fighting, focusing on being a merchant can also be a lot of fun!

One big difference between a western-style MMORPG and a wuxia-style MMORPG is the magic system. The system in JXQYR is based on the Wuxing elements, which will be no stranger to the wuxia fans. The five Wuxing elements are Metal, Wood, Water, Fire, and Earth. The elements a character chooses to specialise in can influence the type of techniques they can learn, and in turn also affect the sects they can enter. All the famous sects are here, including Wu Tang, Emei, and Shaolin, there are so many possibilities!

Developed by Kingsoft, who developed JX Online 3 (another MMORPG in the franchise), and published by VNG Games, who has ample experience bringing classic MMORPGs to the mobile world, JXQYR will keep the legacy of the original game alive.

You can pre-register now so you’ll be notified when the game is released on 15 December. Keep a lookout on the game’s Facebook page too so you won’t miss any updates! 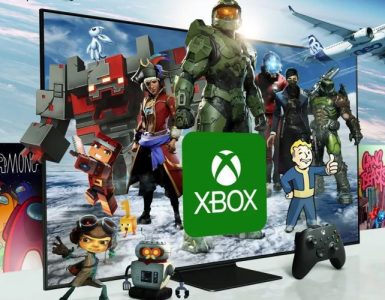 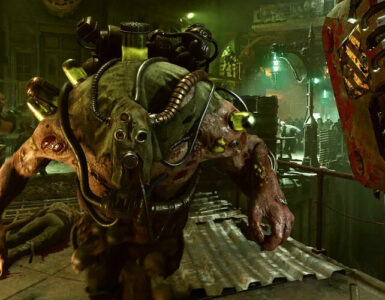 Warhammer 40,000: Darktide is only getting started.