Childhood memories often inform what we choose to do later in life. For Pokémon fan and Twitter user UMA (@UMA_RABBIT), his fond memories of Pokémon Red and Blue have led him to recreate the game’s iconic Kanto region, bringing the bit-mapped 1996 Game Boy games to life in a 3D diorama.

Pokémon Red and Blue were the first Pokémon games made, released first in Japan in 1996 and to other parts of the world starting with North America and Australia in 1998. As such, it has left a deep impression for those who grew up with the games.

For UMA, he grew up wondering what the game would look like in 3D space. So he set out to make a hand-crafted paper diorama in June 2020, beginning with Pallet Town and Route 1.

And then he kept going until he completed the whole Kanto region. In total, the footprint of the diorama measures 3.6 x 3.9 metres. Here’s how the diorama compares to the illustrated game map.

The project is even more impressive than what you see at first glance. For one, some parts of the Pokémon diorama can be lighted up.

And it is made to be modular, and can be broken apart to be stored or moved elsewhere and reassembled. Pretty neat.

Here are more close-up shots of UMA’s Pokémon Red and Blue diorama. You should check out UMA’s Twitter and YouTube for more.

The Pokémon fan and diorama master is now taking a break from his set building but he’ll be starting on another adventure soon — creating a diorama of Pokémon Gold and Silver‘s Johto region starting in August. 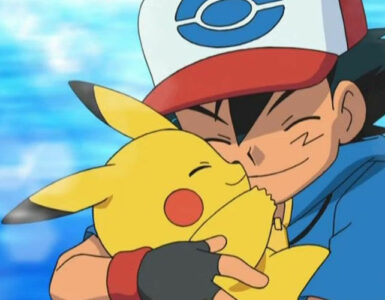