Stay Puft Marshmallow Man is back but not as huge as he was the last time fans saw him. A new clip from the highly anticipated Ghostbuster: Afterlife shows the fictional character in miniature form.

In the preview for the upcoming Sony film, fans can see Paul Rudd’s character, Mr Grooberson, out shopping for groceries when he is confronted by tiny menaces. The mini Stay Puft Marshmallow Men may seem cute at first but they pack a lot of punch.

Ghostbusters: Afterlife follows a single mom played by Carrie Coon, and her two kids played by Finn Wolfhard and McKenna Grace who move into their late grandfather’s home and gradually uncover family ties to the Ghostbusters. Due to strange events, the kids are forced to pick up where their grandfather left off in carrying on the Ghostbuster’ legacy.

The latest instalment of the beloved paranormal comedy franchise was once slated to premiere back in the summer of 2020 but because of the global pandemic, had to be pushed back. After multiple reschedules, the release date of Ghostbusters: Afterlife remains at 11 November 2021.

The addition of Ghostbusters: Afterlife to the franchise has fans clamouring for years. The combination of nostalgic elements and the new generation could just be what moves the property forward while still honouring past works.

Just like the clip, we can expect that the new Ghostbusters film will be packed with amusing but weird events. 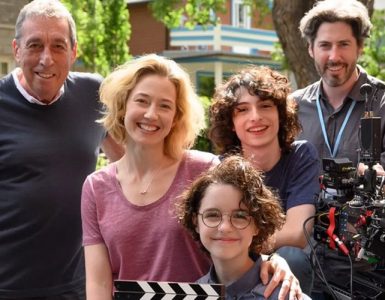 Jason Reitman Revisits His Childhood And Explores His Father’s Legacy With Ghostbusters: Afterlife