Vampires, werewolves… and voodoo curses? The new Magic: The Gathering premier set Innistrad: Midnight Hunt has it all, and is slated for digital release on Sept. 16 (for Arena), with paper following a week later on Sept. 24th. This revisit to Innistrad is split up into two parts, with the latter Crimson Vow coming in November.

Thanks to Wizards of the Coast, Tap & Sac and Geek Culture are again proud to unveil an exclusive spoiler card – Curse of Shaken Faith! As an Aura Curse card type, Curse of Shaken Faith is a rarity in itself, with just below 30 curses printed in Magic’s 28-year history.

This means that triggering the transformation has additional deliberation needed during one’s turn.

What Makes Curses Different from Other Enchantments?

Unlike regular Auras that target Creatures or other Permanents, Aura Curses target a player itself, which means it gets extra personal between you and your opponent!

Curse of Shaken Faith punishes the enchanted player for casting or copying more than one spell each term, very similar to other tax pieces like Curse of Exhaustion, Rule of Law and Archon of Emeria. The one big difference is that Curse of Shaken Faith affects only the player you enchant, so it leaves you free to cast or copy as many spells as you want.

Another noteworthy point is that Curse of Shaken Faith doesn’t actually stop the enchanted player from casting or copying more spells. It merely acts as a deterrent by imposing a damage tax, so if that player has enough life to waste, it won’t stop them from pursuing their game plan.

The strange thing about Aura Curses is they pop up at very odd times and they don’t often come in full cycles. The last Curse was the red card Maddening Hex from the Forgotten Realms Commander preconstructed deck. It utilised the die-rolling mechanic unique to the set, but was not found in other colours or in other decks.

Incidentally, there was also a single Curse of Disturbance that was found in the 2021 Commander decks that were released earlier in 2021 alongside Strixhaven. Luckily, this curse likes the traditional way of doing evil things where all players (in a multiplayer format like Commander) can benefit. That plays an important factor when it comes to ranking the Curses’ power level.

How Does Shaken Faith Rank Among Curses?

Unfortunately, Aura Curses have historically seen only sporadic use in various formats. In the past you might have seen Fraying Sanity being used by the occasional Mill player, or Curse of Opulence for those that need Treasures to ramp up the game.

In Commander especially, 2 damage isn’t going to matter as much when players start with 40 life, and for most decks, players are casting on average 1-2 spells each turn. What’s worse is that Curse of Shaken Faith only affects a single player and no others can benefit, unlike Curse of Opulence or Curse of Disturbance. It weakens the political power you would otherwise wield with other tax pieces.

The situation slightly changes in other constructed formats like Standard or Pioneer where a player can have a playset of four copies in their deck. Imagine casting not one, but two or three Curse of Shaken Faiths on your opponent. That 4-6 damage for their second spell will cause a huge burn on their life total of 20.

That said, Enchantments can easily be removed, and again what’s to stop the opponent from casting just one spell on their turn? If you’re behind in the game, Curse of Shaken Faith isn’t going to save you, and if you were ahead this wouldn’t be the best card to finish the opponent off.

It’s great to see old card types get a push to diversify the metagame. But looking at their track record, Aura Curses would need a lot more support in Midnight Hunt if they are to lift their own bad luck and see use in the top tier decks.

Look at the newly minted Class card type introduced in the previous set – they’re thriving because there are potentially hundreds of cards that synergise with them, plus they provide tremendous value to their controller. Ironically, Curses will need to be broken (in power level) if they are to stay relevant in the coming years.

As with all releases, there’s a whole slew of options for Midnight Hunt from Starter Bundles, Booster Boxes, Collector Boosters, but sadly there will be only 2 Commander Sets this time round. 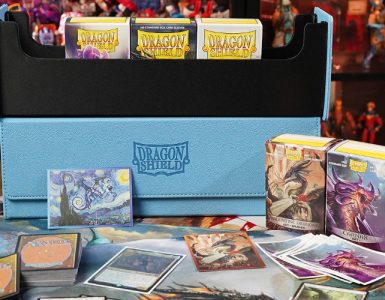 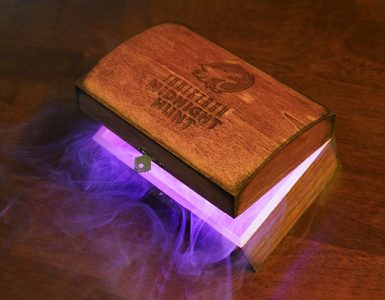 All The Magic: The Gathering – Innistrad: Midnight Hunt Mechanics We Know So Far

Make your opponents tremble in fear at your Magic: The Gathering prowess.