After nearly 6 months of delays, the highly anticipated Warhammer 40k Commander decks are about to hit shelves on 7 October! The 4 face Commanders have already been revealed, but we’ve got the exclusive preview card that all Necron fans will be excited for – Lychguard!

The Lychguard are Necron’s super-armoured elite troops that serve in all ways from combat to ambassadorship. As you may have already guessed, the Lychguard will be found in the mono-black Necron Dynasties preconstructed deck.

As a card, Lychguard is a 2/3 black Artifact Creature for 3 Mana, and surprisingly possesses no other keyword abilities. It does have an activated ability that can get back all Legendary Creatures from your Graveyard to your hand, but you would need to pay 4 Mana, plus sacrifice the Lychguard itself.

That’s quite a hefty cost, is there anything left to salvage?

How Good is the Lychguard?

A 2/3 Creature for 3 Mana is honestly lacklustre, as that alone sits on par with common cards found in any Magic set. Its ability to bring back multiple key cards does elevate its importance, especially in the late game when your hand and assets on the Battlefield are thin.

However, just like the Lychguard’s master – Szarekh, the Silent King – these cards all return to the hand instead of the Battlefield, which means you’d need to recast them 1 by 1. Assuming you’ve got 3 Legendary Creatures with an average cost of 5, that’s 15 Mana needed just to recast all of them. That’s going to take multiple turns that the opponent can take advantage of.

In order to fully take advantage of Lychguard’s ability, the majority of your deck’s Creatures would need to be Legendary, otherwise, you risk just pulling back 1 or 2 of them from the Graveyard.

Considering there are a multitude of reanimation spells in the form of Return Upon the Tide and Bond of Revival, it just feels bad using Lychguard when you can spend 1 more Mana to get any Creature directly back onto the Battlefield.

Overall, the Lychguard is underwhelming as a Magic card as there are plenty of viable and cheaper alternatives out there. Necron fans might feel a little let down considering the guards’ importance in the Warhammer 40k lore.

Where Can I Get the Lychguard In Surge Foil?

These Warhammer 40k decks are the 1st, and so far only, place to find the new surge foiling on Magic cards. While the preconstructed decks are sold in both regular and collector variants, the only way to get a foil Lychguard would be through the collector versions.

Unfortunately the price premium on the collector’s edition is hefty, somewhere in the vicinity of 3-4 times of a regular box. If you’re keen on just the Lychguard, we’d recommend going for just the regular version and then buying the surge foil Lychguard (and any others that you might be interested in) separately.

The full deck list for Necron Dynasties will likely be released within these few days, and that might give everyone a better clue as to how good Lychguard and the other Necrons can work together. But till then, the Lychguard doesn’t impress with its average stats, and won’t get maximum value unless you’re playing a deck full of Legendary Creatures. 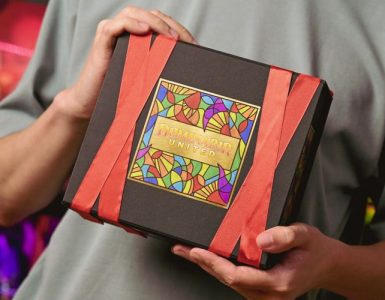 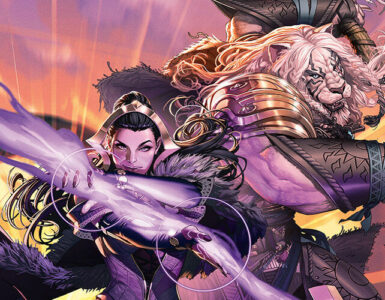 Time to return to the Dominaria party! 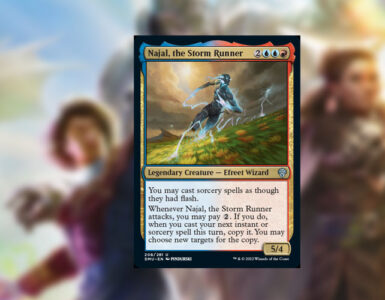 It's what blue and red are all about.