Music is powerful. It can evoke strong emotions with just a few notes, and the songs we hear often in our childhood invariably become tunes that evoke a sense of nostalgia. For gamers, especially those who grew up with specific massively multiplayer online role-playing games (MMORPGs), certain soundtracks become part of their identity. After all, MMORPGs are games that people can sink thousands of hours into due to their highly social nature.

With Jian Xia Qing Yuan R (JXQY R), its theme song, 《画地为牢》, which roughly translates to “drawing one’s own prison”, is a song that featured in the original Jian Xia Qing Yuan Online released back in 2003 too. The melancholic Chinese ballad with its clearly Oriental instrumentals is one that draws out memories not just of the game, but also of music from the late 90s era.

Here is a cover of the song by Hanxiiaoaii that will tug at your heartstrings with a beautifully shot music video to go along with it.

Priscilla Abby and Haoren also duet with each other with some seamless harmonies that adds another layer to this catchy tune. If only we can hear the full version of their duet too!

With 10 character classes, players are definitely spoilt for choice. Here’s a quick primer that will make the decision-making process much easier, so download the game on iOS or Android, follow the JXQY R Facebook page, and get started on your wuxia journey now! 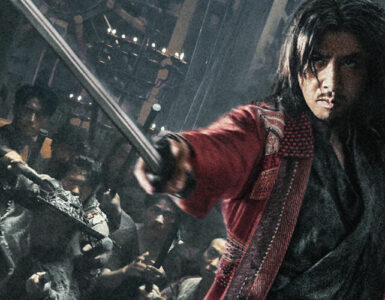 Donnie Yen takes on the role of Qiao Feng/乔峰 next!