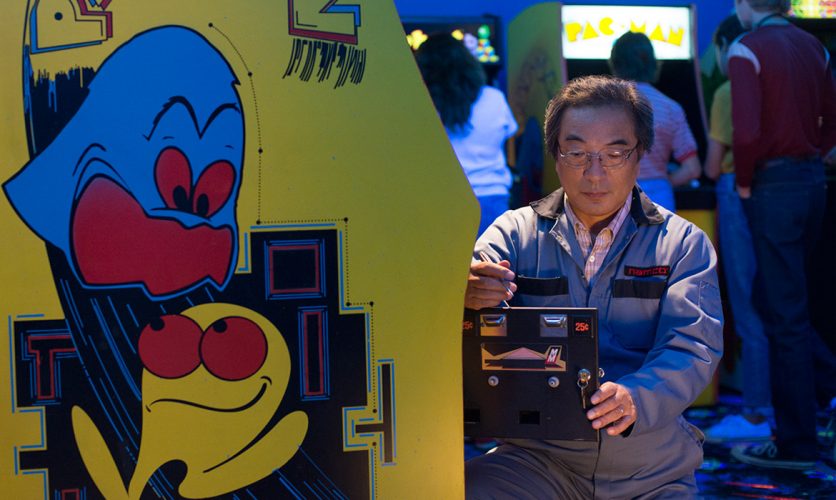 Thirty five years ago, on this very day, Japanese game developer Namco launched a game that saw a yellow, semi-eaten pie, navigate a maze as it tried to snap up little gold dots, while avoiding four spirits in hot pursuit.

The original name of the game, designed and created by a young employee named Toru Iwatani was named Pakkuman, or rather, Puck Man. When it was licensed to Midway in the United States, the name of the game was changed to Pac-Man, as there was fear that vandals would alter Puck into the offensive four letter word.

Since then, the classic arcade game has spawned over a dozen game sequels, some which saw the involvement of Iwatani himself, a cartoon and soon, an appearance in an upcoming Hollywood movie, Pixels, starring Adam Sandler and Kevin James.

We caught up with Professor Toru Iwatani to chat about his hit game, the legacy he left behind, as well as to find out more about a new video game related hardware that he is working on.

Geek Culture: Why did you leave the video game industry? What have you been doing since you left?

Toru Iwatani: I left the video game industry to work at a university, and to pursue the study of Game Theory for social good, meaning, the role of games, based on my experience and knowledge in creating games for 30 years. Currently, I am teaching students Game Theory, Game Planning, and Serious Games in the Department of Game, Faculty of Arts at Tokyo Polytechnic University.

Geek Culture: Do you still play video games? What makes a game appeal to you?

Toru Iwatani: For arcade game, I enjoy pinball games. For portable device games, I play games like “Jewel Mania”. They both have simple rules as well as the potential to expand to numerous gaming features, and that’s what’s appealing to me.

Geek Culture: How old are your children? Do you let them play video games?

Toru Iwatani: I have a 30 year-old son and a 26 year-old daughter. They enjoy playing video games on family console or portable device at their own choosing.

Geek Culture: Aside from Pac-Man and other characters you created, what is your favorite video game character and why? Is there a game you are looking forward to play?

Toru Iwatani: I like Pac-Man’s ghosts’ simple and cute design that appeals to women. I also like the tube-like wormy character in ATARI’s “Marble Madness”. I enjoy getting into the role of cute characters that I can feel emotionally attached to in the game.

Geek Culture: It has been 35 years and there are still gamers playing your original game. Pac-Man, and trying to beat the game. Did you expect the game to last so long, and how do you feel when you hear about this, that new fans are still discovering Pac-Man at this age??

Toru Iwatani: Because my target players were women and couples, I created the game that can be perceived as being easy-to-play with cute characters. I also designed a simple controller that moves in only four directions: front, back, left and right. I think these may have contributed to the long lasting popularity. Also there is a point in the game where the role of Pac-Man and ghosts are switched. When you get many ghosts there, it boosts your mood, and this may be one of the contributing factors as well.

Geek Culture: What are your thoughts on mobile games, and free-to-play and micro-transactions in video games these days?

Toru Iwatani: Those portable devices such as smartphones are like small PC and connected to network. So I think they will further proliferate as a gaming tool worldwide.

Geek Culture: Though you have left the video games industry, do you still have ideas on making video games? If you were given the opportunity to make another video game, would you make one, or not make one and continue with your life?

Toru Iwatani: I am researching and developing a brand new concept game system at the university. It is a wearable gaming suit that turns your entire body into a display, and has combined function of a display monitor, controller, and the player. This may be used for artistic expression and other things, and may expand the possibility of games.

Geek Culture: It has been 35 years since Pac-Man came about. In all those years, has anyone approached you to make a Pac-Man movie? What happened? Why hasn’t there been a Pac-Man movie before?

Toru Iwatani: There is a TV animation series titled “Pac-Man and the Ghostly Adventures”, which started to air in the US in June 2013, and now being broadcasted in UK, France, Spain and Australia. This was created by the Executive Producer Avi Arad (“Spiderman” series, etc.). Prior to that, there was a plan to produce a live action PacMan film in the US, but it never happened.

Geek Culture: There have been many Pac-Man sequels and spin-off games in the market. Have you played them all? What do you think of them?

Toru Iwatani: I worked on the sequel “Pac-Land” and “Pac-Mania” and my favorite is “Pac-Land,” which is the pioneer of action games with horizontally running background. Mr. Shigeru Miyamoto, who developed “Super Mario Bros.” told me that the game was influenced by Namco’s “PAC-LAND”.

Geek Culture: What sort of input did you have in Pixels, in the way Sony depicted your character, Pac-Man on screen? Is there an example of an idea that you had that was placed in the movie?

Toru Iwatani: Pac-Man was a flat being in the original video game, but filmmakers wanted to depict Pac-Man as a spherical three-dimensional existence in the film. I advised the licensor Namco in order to help the filmmakers.

Geek Culture: How do you feel about seeing video game icons such as Pac-Man, Space Invaders and Donkey Kong appear on the big screen in Hollywood?

Toru Iwatani: The Pac-Man sequence in New York is wonderful and very thrilling. I believe the special effects on the enormous, pixelized PAC-MAN is something that you’ve never seen in films before.

Geek Culture: You’ve mentioned that Namco never rewarded you for your contributions in video games. How do you think game companies should reward game creators such as yourself?

Toru Iwatani: In Japanese companies, employees don’t receive special compensation. That’s just the way it is, so it is not a problem at all. What’s more important is the environment where one can engage in development activity freely. I think game companies can provide a system where creators can engage in development feeling relaxed and free, rather than constricting them with work quota. 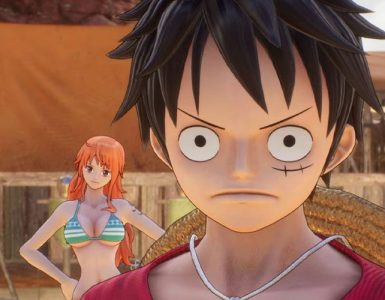