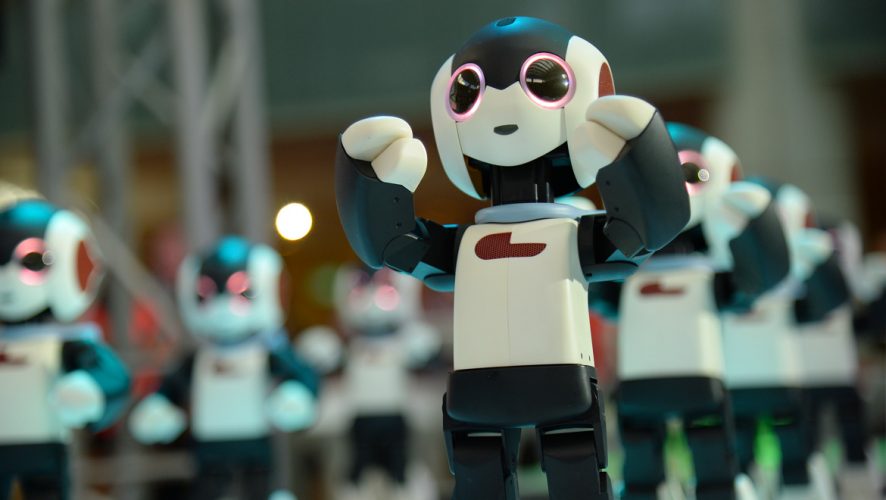 Robi, the interactive bilingual (English & Mandarin, and some Singlish!) robotic companion by DeAGOSTINI has launched with a roadshow at the Marina Square Central Atrium, and will run over the weekend of 9 to 10 July. Wondering what Robi is all about? We ran a review of sorts on a prototype of Robi, so be sure to check it out.

Professor Tomotaka Takahashi, the creator of Robi, will be on site to introduce Robi to visitors. If you manage to head down to the roadshow, be sure to catch the 100 Robi robots perform a synchonized dance.

Here’s a preview of the 100 Robi robots performance that took place on 8th July. They started things off with doing a headcount in Japanese, followed by a synchronized wave, and ending off with a synchronized dance. It sure is a sight to behold.

“I truly believe that artificial intelligence and the creation of responsive robots can bring tremendous benefits to people and society, and I dream of fostering closer relationships between robots and human beings. We’re excited to introduce Robi to Singapore, and hope to inspire the next generation of Singaporeans to harness technology to improve the lives of citizens and build stronger communities,”  – Professor Tomotaka Takahashi.

Professor Tomotaka Takahashi is a roboticist and founder of Kyoto University’s ROBO-GARAGE. He is highly acclaimed for creating humanoid robots from concept through to production that are deeply relatable to humans. He has been recognized by TIME magazine as one of the “Coolest Inventions 2004”, and has created 3 Guinness World Records. These include the robot astronaut “Kirobo”, Guinness record holder “Evolta” and the world best seller “Robi”.

In April 2016, he even collaborated with Sharp to come up with a portable robot-shaped Android smartphone called RoBoHon, which was released only in Japan at a cool US$1,800. One of its coolest features would have to be the newly developed built-in compact laser projector on its forehead which allows users to project photos, videos, and maps onto a screen or wall.

Highlights from the Launch Event

Also, there will be 4 issues that will costs more due to the expensive components in the package:

You’re entitled to promotions if Robi is purchased via the official online store: www.robi.sg 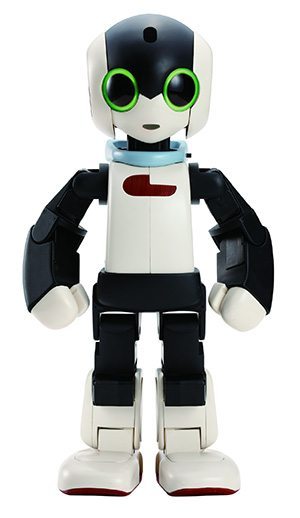