The Marvel Cinematic Universe (MCU) is finally bringing the Eternals to the big screen (read our review here). Created by the mighty Celestials, the unique Eternals, each powerful and boasting one unique power or capability, are revered as some of the strongest characters to ever exist in the Marvel Comics universe.

Equipped with superhuman abilities and immortality, the team has been able to stand toe to toe with some of the most powerful cosmic characters, including their own creators, the Celestials. With the trailer giving sneak peeks into what the Eternals are capable of, and a rich comic-book mythology on their backs, here’s a quick ranking of the Eternals and their powers based on the comics, and what we’ve seen in the movie, premiering on 4 November 2021.

In the comics, Sprite is a boy and has the usual Eternal superpowers of super-strength, speed, immortality, durability and energy manipulations. However, he is best known for his ability to transmute matter to create or change objects into any form, shape or type.

In the movie, Sprite was gender-swapped and her powers were limited to projecting illusions to confuse opponents. Think of Sprite as the Loki of the group. She’s a great asset, but isn’t exactly someone you’d want to protect you when deviants are coming at you from all corners.

Kingo is yet another Eternal that was tweaked for the big screen. In the comics, Kingo is of Japanese ethnicity and fights traditionally like a samurai. He has the usual Eternal superpowers of super-strength, speed, immortality, durability and energy manipulation, but chooses to fight with his katana and wakizashi (Japanese long and short sword).

In the movie, Kingo is South Asian and is a Bollywood star. With the whole Japanese Samurai background removed, Kingo is left with the unique power of blasting cosmic energy from his fingers aka finger guns. Although the cosmic energy projected is enough to kill a deviant, what happens if he one day loses his fingers and/or hands? How powerful will he be then? Given how we see very little of Kingo fighting with this new on-screen power, we have no choice but to rank him lowly.

Plus, Kingo in the comics chose to handicap himself too. With no hands to wield a katana, he’s rendered powerless too.

Unlike our two previous Eternals, Makkari shares the same on-screen power as she did in the comics. Whilst Makkari in the MCU is gender-swapped and deaf, she still runs incredibly fast and is highly reliable in battle. She also wields the same powers as other Eternals.

Phastos is likely the brainiest of the Eternals. A cosmic blacksmith and inventor, Phastos is a genius-level intellect who can create inventions through cosmic energy manipulation. He’s also able to pull some punches although he prefers playing a supportive role. Given how some members of the Eternals love using weapons, Phastos is pretty key to the team. In addition, none of the technology humanity has today (or at least in the MCU) wouldn’t be possible without him too.

Speaking of minds, the next hero on this list is Druig. Although lanky looking, Druig’s powers lie in his mind. In both the comics and the movie, he’s able to mind control any one he sets his mind to (heh). Although he may not look physically fit and built like the rest of the gang, there’s no denying that manipulating and controlling minds is a power that is not to be messed with.

Oh, plus he has strength, durability, speed, agility, stamina, reflexes, and other capabilities far superior than any human too so he’s really a packaged deal minus the muscles.

Sersi is known as the empath of the team with a big love for humans but most importantly, she has the powers of matter manipulation. She can turn a moving vehicle into rose petals and turn a solid wall into dust.

Sersi is however, pretty soft and sensitive so even though she has this incredible power on top of the regular powers like strength, durability etc, she is hardly a fighter. Sersi is a lover but will use her powers where necessary (and in non-lethal means). In the comics, she was pretty much Jean Grey when at her worst, so maybe her softness and gentleness is something we shouldn’t look down upon because all hell can break loose when this lover becomes a fighter.

Moving up the ranks is Gilgamesh. Dangerously strong – stronger than all the other Eternals for a fact – you do not want to be on the receiving end of Gilgamesh’s knuckles.

He’s the muscle and the beef among the Eternals, and can rival both Thor and Hercules in the comics. He’s the strongest, most combat-capable and powerful Eternal and can take a beating more so than the regular Eternal too. Although he is the strongest, strength isn’t everything which is why he’s ranked highly in this hierarchy, but not at the top.

Thena is a warrior maiden and is the best fighter or hand-to-hand combatant the Eternals have on their roster. In the comics, she’s assumed leadership numerous times and has led the team to many victories. Although her comic book counterpart is well-versed in martial arts, the movie focused more on her mastery of weapons.

Easily thought of as the Wonder Woman of the MCU, Thena can create her own weapons from manipulating cosmic energy and will not hesitate to use them against her enemy – including her own Eternals family if she deems necessary. Thena is placed in the top three and above Gilgamesh because she’s the only person who probably has a higher chance at killing him if the two were to go head to head.

Whilst some Eternals are all brawns, others all brains, Ikaris has it all AND he can fly too. He’s essentially the team’s Superman (minus the cape). He has the ability to shoot laser beams from his eyes, is strong, and has that leadership quality that makes other Eternals like Kingo, Sprite and Sersi hold much respect for him. Ikaris is a jack of all trades, master of flight and for that he definitely deserves to be second to number one.

Comic Book Power and MCU Power: Leadership, healer and the most powerful warrior

As the leader of the team, Ajak is the wisest and most powerful warrior. In the MCU, Ajak has been gender-swapped but still keeps the respect and position as the all-mighty leader. In addition, she’s the only one with the ability to communicate directly with the Celestials and is a healer. She’s the FULL package deal and is the most powerful Eternal of all. 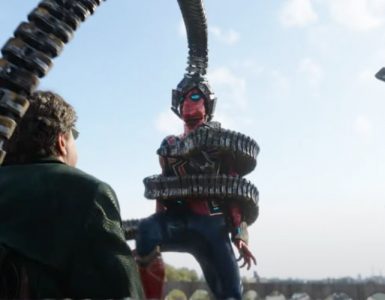 So much to comb over, so little time! 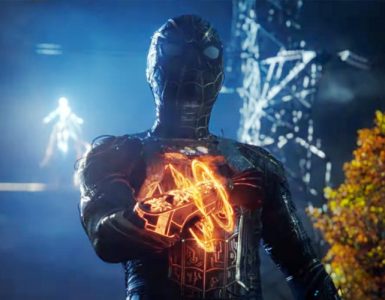 Spider-Man: No Way Home is packing more villains than one Spidey can handle. 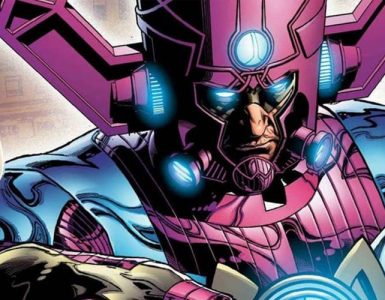 If you've been wondering when Galactus may show up, the Eternals writers have an idea or two.