If you have been longing for a return to an earlier age of turn-based strategy games, then Songs of Conquest, the debut title by developer Lavapotion and published by Coffee Stain Publishing, will be perfect for you when it hits Steam Early Access on 10 May.

The game is inspired by turn-based strategy classics of the 1990s, with an art style that feels reminiscent of the first three games of the Heroes of Might and Magic series, and the gameplay feels similarly familiar, which isn’t a bad thing if you have been hankering for more Heroes.

In Songs of Conquest, you lead magicians called Wielders from one of four playable factions to fight enemies and search for artefacts. This is done in a format highly familiar to those who have played King’s Bounty and Heroes of Might and Magic.

On the campaign layer, you control the magicians during your turn to explore the map, complete quests, collect resources, and develop your town. Your Wielders can wear equipment that buffs your units, or allow you to command more of them.

When your Wielders meet enemies, the game goes into turn-based tactical mode, where you control each unit of your army at a more granular level. Here, you’ll be taking advantage of the game’s in-built mechanics, like high-ground advantage, to try to outmanoeuvre and outdamage your opponents.

Songs of Conquest was first announced back in E3 2019. When it goes into Early Access, the game would have been in development for over five years, including an Alpha Test period in 2021. The game is mostly complete, with its two campaigns finished, a working online and local multiplayer, and a functional level editor.

So why launch into early access? Feature bloat. Lavapotion states that they have a lot of ideas that they still wish to implement but feel they need a reality check.

“We see no point in painting a grand roadmap of features that might change as soon as people get access to the game. Instead we intend to be humble and open to the requests of the community”, Lavapotion says.

You can add it to your wishlist for a reminder when it launches into Early Access, while development is expected to last for a year.

If you want a deeper look at the game, here is streamer Raptor’s 3-hour hands-on playthrough of an earlier version of Songs of Conquest. 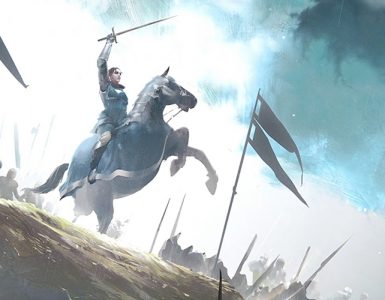 An throwback for a genre that might just pave the way for its future.