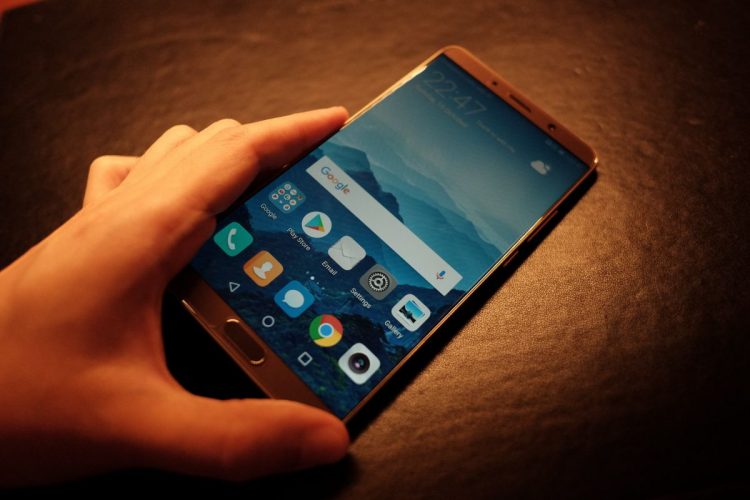 If you can’t be the first (or second), then you aim for being the last but great one.

At least, that seems to be the new plan by Chinese handset giant Huawei, as it unveiled what is likely to be the last great smartphones of 2017 – the Huawei Mate 10 and Mate 10 Pro, at a launch event in Munich this afternoon.

Up on stage, Huawei wasted no time in comparing the Mate 10 to its two closest competitor, the Samsung Galaxy Note 8 and the upcoming iPhone X. The one with the best screen? The thinnest form factor? The largest screen? The best processor?

Why, it’s the Mate 10 of course. Huawei is so sure of itself, it also announced a special edition Porsche Design Mate 10 Pro.

Even if you missed out on the earlier Huawei P9 or P8, chances are that you would have had your hands on a Huawei phone before. The China tech giant, who was recently recognised as the world’s second largest smartphone maker after Samsung, was the company behind the highly acclaimed Google Nexus 6P. The combination of solid, clean Google Android software and Huawei’s manufacturing made it the crown jewel of its time, just prior to the Pixel series. 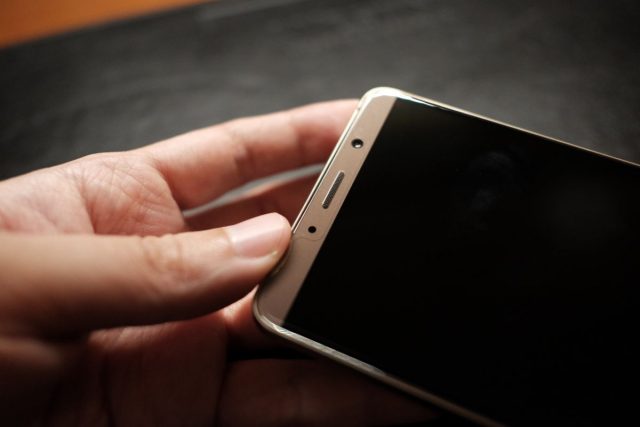 While some might seem the late October launch as an attempt to end the year on a high note, the company is not merely fighting on display, size or camera. Huawei is looking to work their magic under the hood, by releasing the Mate 10 with a dedicated neural-network processing unit (Npu) built into their own Kirin 970 processor.

In other words, it is banking on artificial intelligence to differentiate itself from the rest of the pack. Unlike virtual assistants, which have become a mainstay in almost every major smartphone maker, Huawei’s AI works offline and independent of the cloud.

One of the most visible applications is to employ this technology in the area of photography. Point the camera at a subject and the new Mate 10 phones will be able to automatically detect if the object is an individual, a pet, or food. The camera will then automatically calibrate its settings to ensure you’d be able to get the best shot, all without an Internet connection.

Geek Culture was invited to the launch event, where we were able to get our hands on a new Huawei Mate 10 unit, which felt so precious out of the box. Under the harsh hotel lighting, the mocha brown Huawei Mate 10 gave off a serious, business executive vibe. Surprisingly, there is no visible branding found on the front of the phone, which keeps it classy. 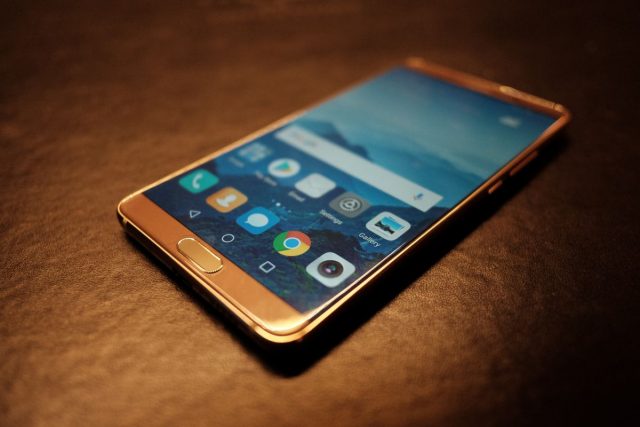 Unlike the Samsung Galaxy Note 8, the Mate 10’s non-physical home button, which doubles up as the fingerprint sensor, is placed on the front, which is great for business types to access their phone if it’s lying flat on the table. 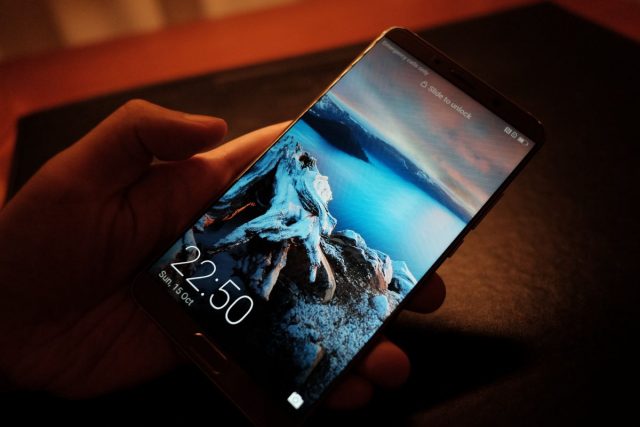 Thanks to the 5.9-inch FullView (2560 x 1440 pixels) display, the screen is all sorts of beautiful and the colours simply pop out. The screen is not a curved edge screen, though it goes all the way to the side eking out every single inch of display real estate. 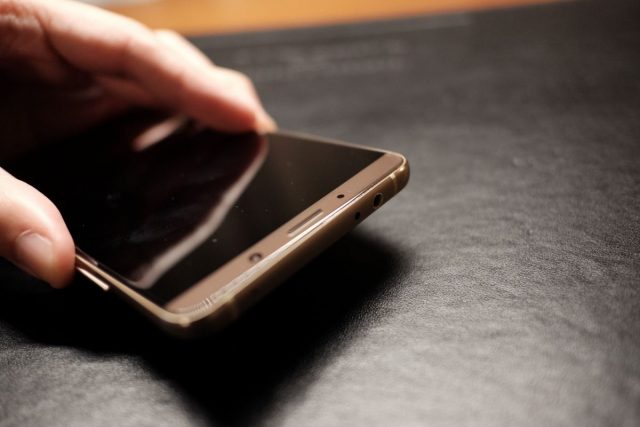 Compared to current gen devices, Huawei’s Mate 10 keeps it simple and still consumer friendly. At the side, we have the standard power and volume buttons, and the phone still comes with a 3.5mm headphone jack. Perhaps this might be one of the few remaining devices of this generation to have one by default. 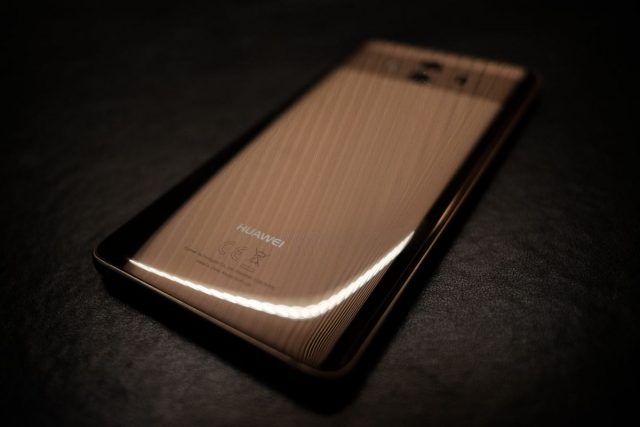 The only evidence of branding can be seen when the Mate 10 is flipped around. The glass back is cool to the touch and feels great to hold in hand despite the large screen size. If you’re worried about fingerprints, Huawei has included a simple casing together with the phone, saving you all the effort to keep wiping your precious down. 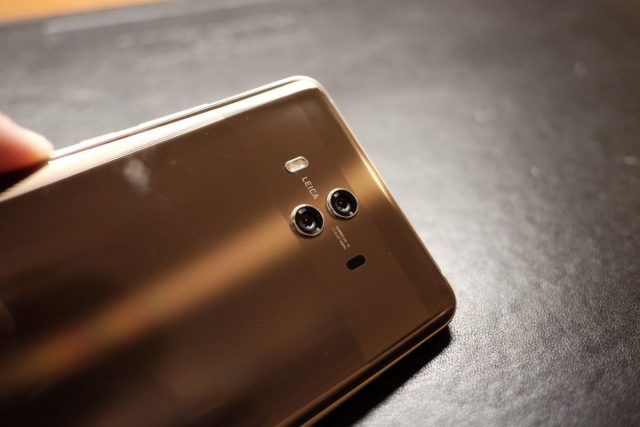 The most recognisable feature of the Huawei Mate 10 is its rear camera design. Featuring the prominent Leica branding, there’s a distinct colour banding that runs across the dual Leica SUMMILUX-H f1.6 lens setup. It’s hard to mistake any other phone brand with this design choice. There will be a blue colour variant which will make this device stand out even more from the rest.

But the most incredible thing about the phone is its pricing. While Samsung and Apple are happy to retail their year-end flagships starting from S$1,398, the 64GB ROM + 4GB RAM Huawei Mate 10 is retailing from S$888.

We’ll be following up a full device review soon so stay tuned for that. If anything, the Huawei Mate 10 checks off all the boxes when it comes to initial phone impressions and, best of all, it’ll probably be more affordable than all its rivals out there as well. 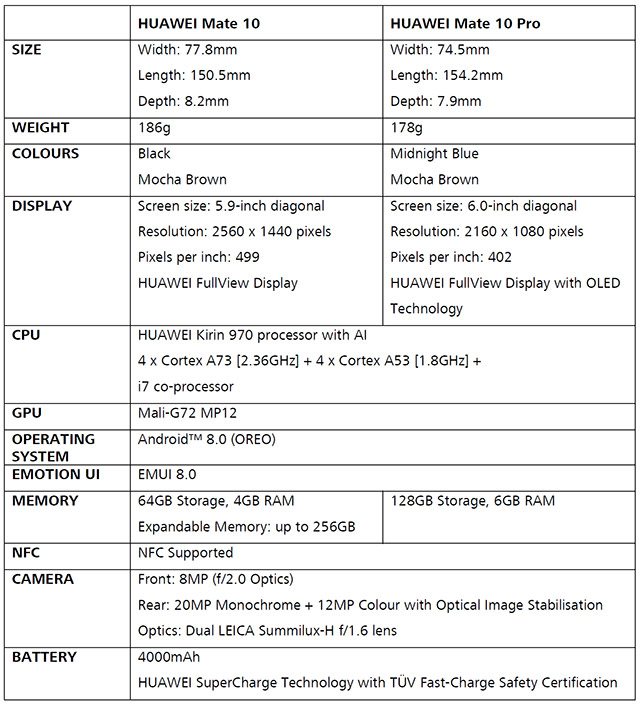 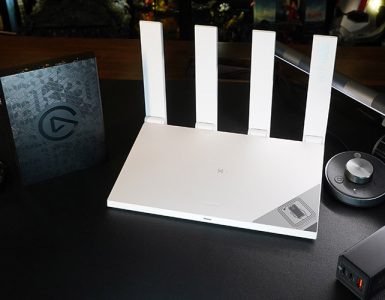 Here are this month's gadget add-ons to your tech collection. 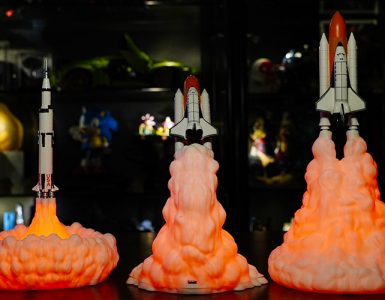