After months of speculation, we finally get to know which of the Lanterns will be appearing in the lineup for the upcoming Green Lantern HBO Max series.

Previously, we heard that the series will span decades and will focus on two major Green Lanterns on Earth. Many guessed that Hal Jordan, arguably one of the most popular Lanterns out there, will be part of the lineup. Meanwhile, it was confirmed that former-Lantern turned villain Sinestro will be showing up as the main antagonist.

Now, we hear that the DC Comics-based 10 episode series will span decades and galaxies. It will feature a host of Earth-centric and Alien Green Lanterns as well as the galactic police officers. From Earth, we have Guy Gardner, Jessica Cruz, Simon Baz, and Alan Scott. As for Alien Lanterns, fan-favourite Kilowog will be featured. Surprisingly, it seems as though Hal Jordan will not be featured in the franchise (via Hollywood Reporter) But perhaps, the studio may have other plans for the character in the near future.

Novelist-turned-screenwriter Seth Grahame-Smith (Pride and Prejudice and Zombies, The Lego Batman Movie) will power the show as showrunner. He will also co-write the first episode with Marc Guggenheim who co-created Arrow and Legends of Tomorrow.

The Green Lantern HBO Max Series was given a straight-to-series order and is produced by Berlanti Productions and Warner Bros. Television. As of now, we still don’t have much information on the series but we think that the show the production will probably look for its director and move into its casting stages by next year. 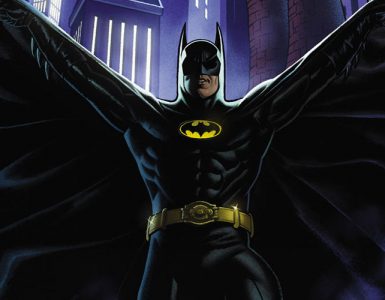