In 1954, a small Japanese movie, directed by Ishirō Honda paved the way for the kaiju genre that has since permeated pop culture, and even seen spin-offs and remakes from around the world. The kaiju, or giant monster, typically wreaks havoc on a city and mankind more often than not, have to battle, defeat or assist the giant monster – depending on the movie – and all of it is thanks to Godzilla, the cinematic achievement and granddaddy of kaiju creatures which became a metaphor symbolising the fear of nuclear weapons, which is especially poignant, considering the horrific aftermath after the bombing of Japan’s Hiroshima and Nagasaki with the first atomic bombs.

As audiences all over the world flocked to the theatres to see monsters like King Kong, Mothra, King Ghidorah and Gamera attacking major cities, crushing military personnel, or simply battling each other in an epic showdown, What To Do With The Dead Kaiju?, directed by Satoshi Miki, asks a simple question to a premise that has remained largely unanswered for over six decades – what happens when a gigantic monster loses a fight, and falls dead in the middle of a city?

While there’s every reason to celebrate the abrupt death of the monstrous cause of destruction, the authorities’ colossal task at hand is to figure out how to clean up the mess. The carcass of the kaiju makes for a magnificent photo op, but it is also beginning to rot and bloat, as dead bodies tend to, and things won’t end well if the massive carcass is not disposed of properly, and it is evident that the hopeless prime minister (Toshiyuki Nishida) and his useless politicians need external help.

Cue the heroic entrance of Arata Obinata (Ryosuke Yamada, who played Edward Elric in the 2017 live-action movie adaptation of Fullmetal Alchemist) from the fictional Japan Special Forces, who is given the responsibility of saving the country. Our protagonist has a romantic past with Yukino Amane (Tao Tsuchiya), now secretary to the environment minister (Eri Fuse). The crew also includes Yukino’s husband (Gaku Hamada sporting a dubious mustache), who is also the prime minister’s right-hand man; and a demolition expert (Joe Odagiri sporting incredible-looking dreadlocks), who can’t wait to blow things up.

Looks like we’re all set for an action-filled adventure to get rid of the dead kaiju? Unfortunately, the 115-minute movie does not live up to its potential. What we get instead is a mixed bag of slapstick humour, a political statement of the government’s bureaucracy and hypocrisy, as well as a CGI showcase of special effects. We can’t tell whether the filmmakers intended the movie to be a comedy, a satire or a serious drama.

We did enjoy the performances from the ensemble cast though, especially from Hamada who looks like he had the time of his life portraying a man who has to deal with his own ulterior motives and the return of a love rival. This is the kind of character we love to hate in movies, and it would have been fun to see more of his unscrupulous personality.

The ending of the movie seems to reference another beloved character in Japanese pop culture, and fans of kaiju movies may have seen it coming with the various clues that were dropped throughout the film. While it is an interesting concept to incorporate for the conclusion, it does feel like a half-baked attempt to round things up.

We would have loved the movie more if there was more straightforward kaiju-versus-kaiju action, so maybe someone can help us answer this – What do we do with half-baked movies that fail to deliver.

While the movie has an interesting premise, we would have loved to see the dead kaiju come back to life to cause a catastrophe of epic proportions. 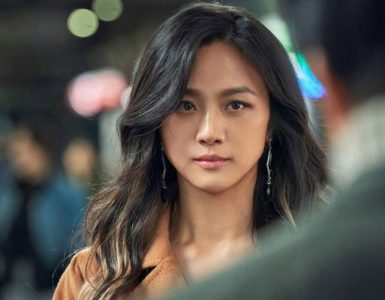 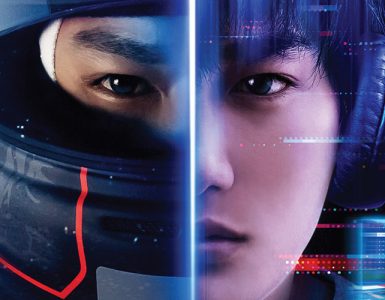