The idea of a dystopian society leaves plenty to be explored, and it’s no surprise that it has been a common theme resonating across various fictional works. In the realm of gaming, there exists a handful of highly-acclaimed works, including Half-Life 2, the Bioshock franchise, Fallout: New Vegas, and Wolfenstein: The New Order. 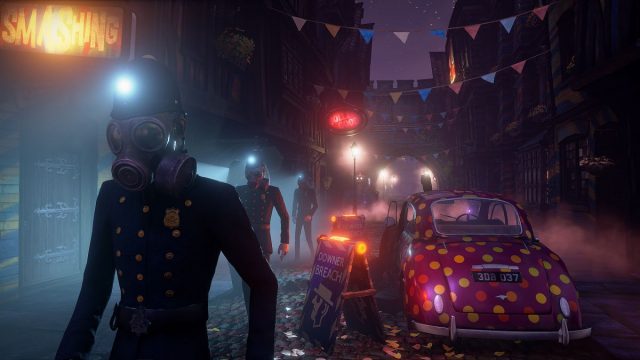 Compulsion Games’ We Happy Few is the latest addition to the list, but with its own unique elements. Set in an alternative version of World War II within the mid-1960s, the game follows the story of three different characters, each with personal objectives to accomplish while escaping from the fictional world of Wellington Wells. This deteriorating society is on the verge of collapse, caused by an overdose of Joy, a hallucinogenic narcotic that shields individuals from the truth of reality, making them susceptible to manipulation and lapses in morality.

That’s about where the makings of the typical dystopian title stop, however. Unlike others in the category, We Happy Few features a unique blend of role-playing, survival, and some roguelike elements, which brings a refreshing spin to the well-worn genre, as well as an overall increased difficulty – though that can be adjusted to one’s personal preference before embarking on the narrative journey, including a permadeath option for the challenge seekers. 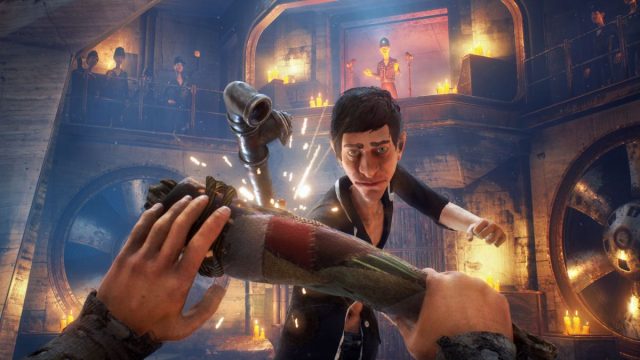 Hovering between the workings of Bioshock Infinite and Don’t Starve, the game isn’t quite forgiving, especially with the added challenge of managing the player character’s thirst, hunger, and exhausting levels, all while on the move to escape the city and complete side objectives. There’s always the need to look ahead, stock up, and scout for food, water, and bed in potential areas, with a host of tools like the lockpick and jimmy bar at the player’s disposal.

The novelty of it all does wear off fairly quickly, but at least the steep learning curve allows players to learn quickly on-the-go and re-apply that experience when the situation calls for it. Still, the monotonous nature of looting and scouring for resources takes a little of the shine away, and may be a huge turn-off for those who are not into looting scene. 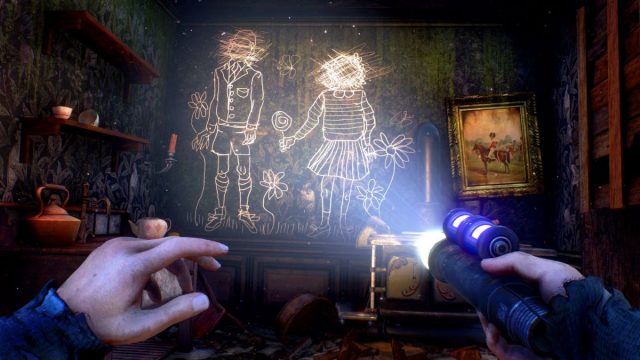 Sometimes, desperate times calls for desperate measures, and that’s when the decision-making process involves illegality and the breaking of social regulations. Running low on sleep and about to pass out from exhaustion (read: game over)? Lying down on a bed in an abandoned house is a possibility, but so is killing off occupants in an establishment to claim ownership of the bed if the former is not feasible. Alternatively, completing selected side quests to obtain more resources as reward is also possible, though it’s quite a hit-or-miss mechanic.

It’s this juggling of many different tasks that makes the game a frustrating affair at times, especially when push comes to shove. Operating on a high-risk-high-reward system of sorts, however, means surmounting challenges often come with a more satisfactory and enjoyable experience in tow, so one can get the most out of both the survival and exploratory aspects of the game. 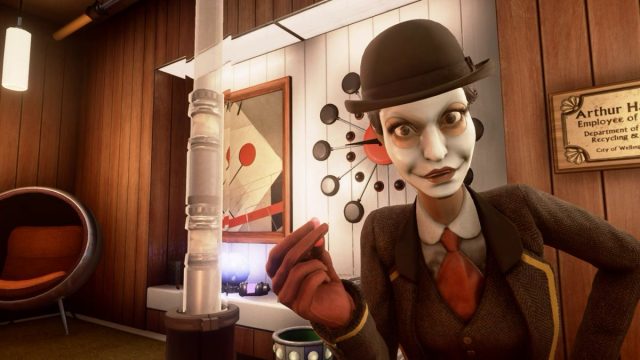 Because We Happy Few reflects, to a certain extent, realistic aspects of society, there are consequences to every action. Violence and trespassing will increase suspicion towards the player character, while consuming Joy and abiding by the dress code, for instance, help one to blend in with the environment, possibly increasing the trust levels between his in-game persona and the residents. Naturally, everything is to be taken in moderation, and exceeding the Joy intake would result in adverse status effects – though it’s highly possible to get past most stages with little to no consumption of the pill, which does, in a way, downplay the deadly impact that it’s supposed to inflict on the player and in-game societal structure.

On this note, the theme of contrast is something that rings very strongly throughout the entire narrative. From the title naming convention and thoughtful environment design to the three differing point of views unique to each main character, the world of We Happy Few is expertly crafted around the premise of “not everything is as it seems”, and has successfully delivered on that front, especially where aesthetics are concerned. 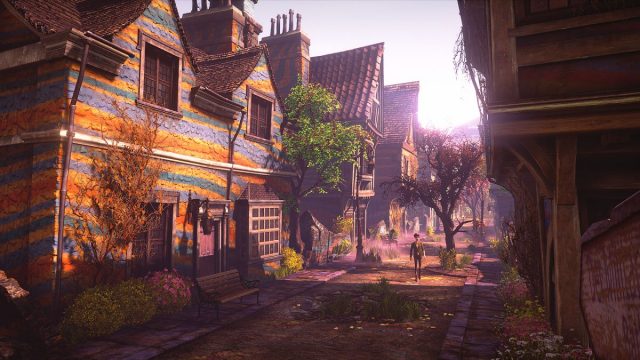 Compulsion Games’ latest title is far from perfect, but there’s definitely something to be said about its breathtaking visuals that makes this the most outstanding part of the game. Right off the bat, the title screen is filled with a kaleidoscope of vibrant colours, which continues to carry through the entirety of We Happy Few, bringing to the table a sense of happiness and bliss. The feeling is further translated in-game in the form of beautiful scenery, gorgeous open spaces, and well-furnished houses – only to be juxtaposed by the many subtle details scattered about. 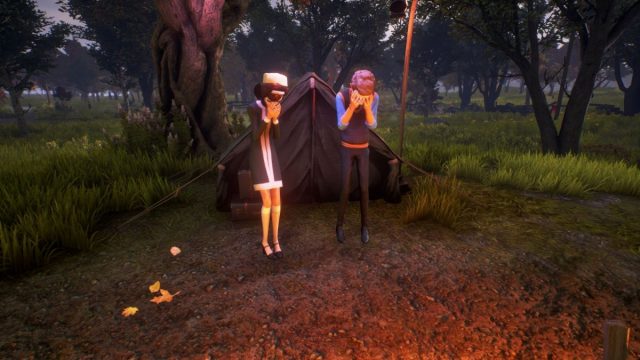 For every few establishments that are sufficiently decorated and stocked up, a dilapidated tavern or two in shambles can be seen in the background. Depending on the location, residents are very down-spirited and even extremely pessimistic to boot. The nighttime landscape is when the buried decay and hidden flaws become the most evident, with plague-riddled characters roaming the streets and a sharp increase in the number of suspicious or mysterious encounters.

The stark difference in imagery is an obvious contrast play, and the team has done an undeniably good job here. There’s just the right balance of deceptive cheer and actual fear, with undertones of paranoia and crawling uneasiness further contributing to the overall mood; the premise of conforming to a society or seeking a self-identity is also a finely-executed juxtaposition to the original We Happy Few reference from William Shakespeare’s Henry V, which talks of forged brotherhood bonds.

Narrative-wise, the contradistinction bears weight as well. With mention to an earlier paragraph in this article, the dystopian title sees individuals embarking on three different story routes that are each specifically centred on one character – a defining trait not often found in the typical single-player genre.

The very first one has players in the shoes of government newspaper censor Arthur Hastings, who is declared a “Downer” upon the refusal of taking Joy after coming across a clipping of him and his brother Percy, as he seeks to escape Wellington Wells and locate his missing sibling. Pushing on with a style heavily reminiscent of the unreliable narrator troupe used in Akira Kurosawa’s Rashomon, the stories of Sally Boyle and Ollie Starkie are next, in which the former is the creator of a brand-new Joy pill, and the latter a retired British soldier from World War II. 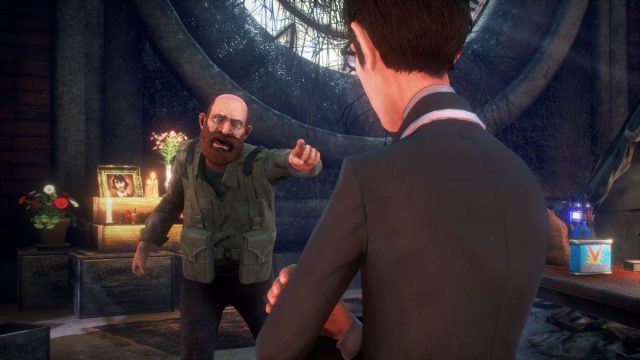 Each fuelled by own personal agendas, all three fates subsequently come to intertwine at the crossroads – despite the seemingly disparate narratives – and brings forth a cohesive, well-rounded finish to the overarching plot.

Naturally, the trio’s personalities and traits differ from one another. Arthur is as sarcastic and witty as Ollie is brash, while Sally yields courage and intelligence in tandem with fear. It’s a melting pot of characterisation, but perhaps the biggest distinction that’s more relevant to the player would be their combat styles.

Yes, there’s combat in We Happy Few – and rightly so, considering the inane world the game is set in. It, however, hardly ticks the checkboxes of an acceptable brawling system, and is easily the most flawed and least enjoyable part of the entire game. Between Arthur’s specialty in weapon-handling, Sally’s expertise with stealth, and Ollie’s gift of setting up explosives, sneaking around is always the best and highly-recommended choice, simply because of the clumsy combat mechanics. 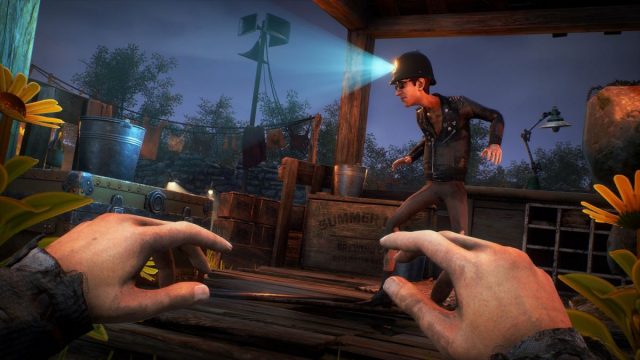 Punches thrown are often slow and awkwardly animated, while using weapons results in clunky, inelegant movement. The frustrating experience is made worse with the stamina bar that runs on a cooldown basis, in addition to the limited lifespan of attacking tools. And though the effort to introduce different fight styles is certainly commendable, it doesn’t quite work out well in this case, and players will find themselves falling back on stealth instead, which can fairly unintuitive at times as well. In fact, it wouldn’t be too far of a stretch to say that most would loathe to go through the entire combat experience over and over again. 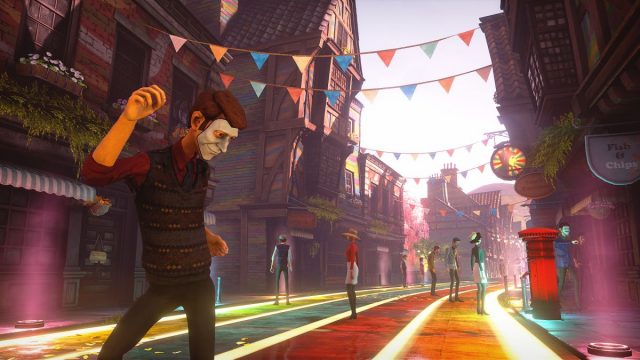 That, in itself, dulls the shine of what would have been an enjoyable playthrough – a pity, seeing as to how Compulsion Games managed to nail down the narrative and thematic aspects of the title. With irregular technical issues and the above flaws, We Happy Few hardly lives up to the expectations of its S$74.90 price tag on Steam, but fans of the dystopian genre with pretty pennies to share may wish to give the story and in-game visuals a go – just don’t expect too much of everything else.

Pulling off a rich, expertly-weaved narrative for a dystopian title is no mean feat, and the team at Compulsive Games managed to do so. Buoyed by beautiful visuals but brought down heavily by combat mechanics and the hefty price tag, it would perhaps be more accurate for We Happy Few to be titled We Okay Few instead. Steam sale anyone?

Extremely pleasing on the eyes, Evil Genius 2 needs to make improvements elsewhere to see its plans for domination to fruition.