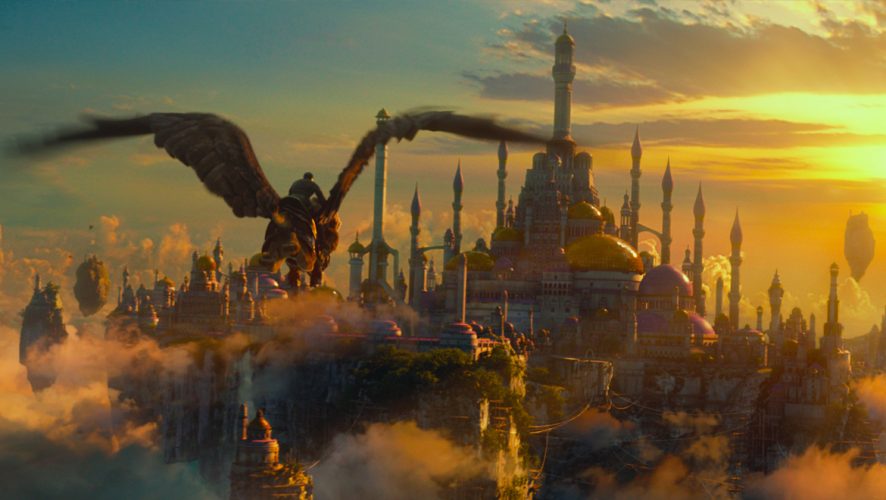 The new Warcraft movie is nothing like what the critics have made it out to be. This would not be a big issue if not for the fact that critics tore apart X-Men: Apocalypse, a recent film that deserved better.

But who can blame them. They are obviously movie critics first, and fans of the Blizzard and the Warcraft franchise at maybe a distant second.

As the Blizzard title first appears on screen, you cannot help but imagine the chill that would go up the back of your neck. Instantly, you’re transported back to being a kid, and booting up a Warcraft game for the very first time. I started off with Warcraft 2, which I suspect might be the same title for many of our readers. And if you are, this makes the Warcraft movie something that all fans will enjoy, with a little extra treat for everyone.

If you’ve seen the trailer, you can’t help but wonder why Blizzard and Universal didn’t opt for an entire CG movie instead. Then again, that would be moot considering that you would have probably watched the game’s cut scenes all over again. Think of the movie as one massive cut scene and you will be fine.

And while cut scenes are always great to bridge the gaps between pivotal plot shifts, the game had the advantage of progressing the story forward through gameplay itself. When it comes to translating it on screen, and packing everything into two hours of screen time, the real challenge comes in keeping your attention.

This is a delicate balance which scriptwriter and director, Charles Leavitt and Duncan Jones, had to juggle. Would you leave most of the storytelling, for the audience to plug in the gaps, or lay out all the cards and try your best to give all the rich characters equal screen time? The Warcraft movie opts for the latter, which results in a movie that could have done with more screen time (somewhere around three hours would have been nice), to explore all the various angles that gamers have experienced in the game. We’re essentially seeing a script that jam packs four character stories into two hours, when there are actually more opportunities to give viewers a chance to care about them. Sadly, this is probably the weakest part about the movie.

The CG work is nothing short of amazing. Compared to the trailers, you’re in for a visual feast when Orc and Men can blend so naturally together. With a great body kill count and awesome close up battle sequences, you can’t help but feel that you’re actually inside a PvP (Player vs Player) zone. It might not be as impressive as Alterac Valley, but when the swords and hammers start swinging, this is truly as close as it gets.

Kudos should also be given to the portrayal of magic in the movie, which is done great and differently than before. When compared to other fantasy movies such as Lord of the Rings, Gandalf looks no better than an old man waving a flashlight. Arcane and Fel’s magic look and feel as you might have seen from the video game. The one thing that bothered me slightly was that Gul’dan’s drain life didn’t share the same visual reference that I’m used to seeing in World of Warcraft. The teleportation spell that only wizards can cast and use to transport troops is all in here as well. The throwback to Warcraft III, where teleporting in with Siege Engines to an allies Shade was a legitimate cheese!

With plenty of visual eye candy, fans of the game will have to discipline themselves and not get too awed by the action on screen, or with the dialogue because there are plenty of easter eggs to look out for. And it’s frankly easy to do so when locales such as Stormwind and Dalaran look pretty much how they are in game. Coming from a Horde player, Dalaran resonated the most with me because the only time I’ve actually spent time within Stormwind was actually sieging the main throne room with 1001 AOE spells being cast at the same time. The movie had me at Murloc. Personally, this movie is a 5/7 for me and I would certainly watch again. Players, keep a look out for a sneaky inclusion of the level up sound effect from World of Warcraft as well!

In my heart, I do really wish that Warcraft the movie makes money. It is a real pity considering that this is a good starting point to launch a franchise. As we’re essentially only exploring Warcraft: Orcs and Humans at this point of time, the real meat of the story comes in during the Third War.

Truthfully, the script and acting were let-downs for the most part but I do feel the movie does well in reeling audiences in. I’m certain many non-Warcraft fans might be curious enough to explore the various Warcraft wikis out there, to get a better sense of who Lothar is and what will become of Go’el. Watch this with your guild mates or better yet, bring a friend who has yet to explore a shred of Warcraft, and he might walk away a fan, or even better, a noob in World of Warcraft.

If you’re like me and grew up on a steady diet of “zug zug” and “yes, m’lord”, Warcraft has made itself my next favourite video game made movie next to Mortal Kombat. It’s not perfect but which movie adaptation is stellar in every way?