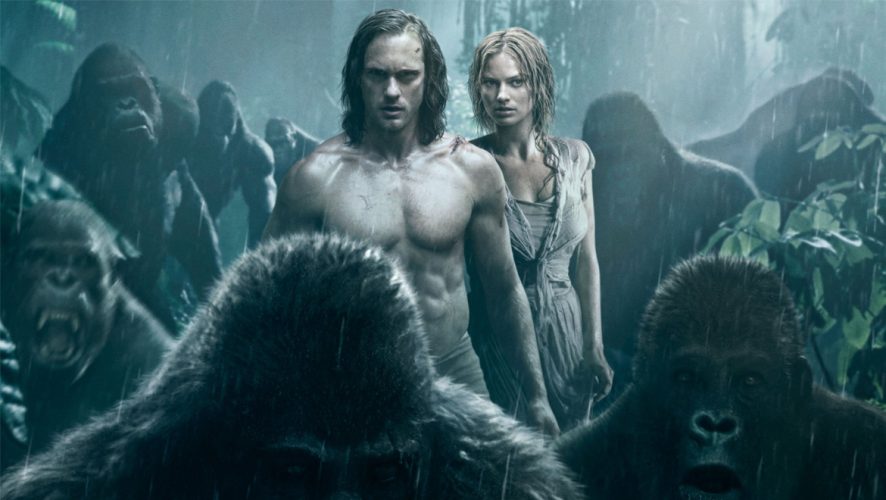 Geek Review: The Legend of Tarzan

Fess up folks. Which one of you asked for a new Tarzan movie? The one with Christopher Lambert as Greystoke and the Disney version, which Phil Collins nearly ruined with his sappy singing, has already achieved more than your average pop culture status, so why the need for another retelling about the Lord of the Jungle?

Maybe a few of us were clamoring for a back-to-basics and unapologetically traditional (ie: possibly racist) jungle adventure film, where an alpha white man survives and tames the wild with sheer human ingenuity. If so, I don’t think this version, Legend of Tarzan, directed by David Yates, who also did the latter half of the Harry Potter film series, is going to cut the mustard in that regard. 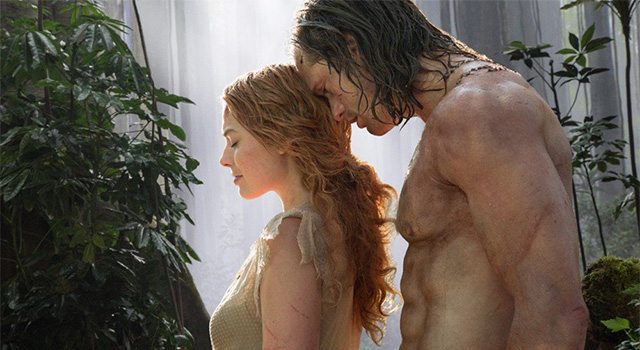 It’s serviceable and borderlines on average, but you’re going to forget about it after a few days.

As a sequel to the books by Edgar Rice Burroughs, our jungle boy Tarzan (played by Alexander Skarsgård) gets gentrified and goes under his Lord Greystoke/John Clayton name, gets hitched with Jane (played by Margot Robbie) and settles in England, to live out their merry lives after all the awesome-yet-hellish Congo ordeal.

After being asked by George Washington Williams (played by Samuel L. Jackson) to check out if the sovereign King Leopold of Belgium is using slave labor to build his precious railroads, Tarzan and Jane trek off to revisit their former home to get to the bottom of it. 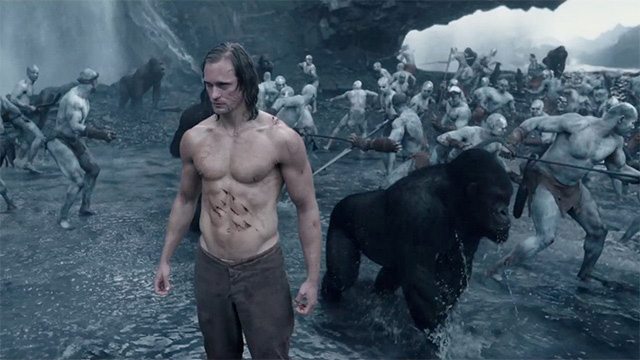 Of course, not everything goes to plan as King Leopold’s right hand man Leon Rom, your typical mustache-twirling gentlemanly bad guy (unsurprisingly portrayed by Christoph Waltz), with a rosary as a weapon and number of soldiers at his disposal (with one of them being Casper “Vandal Savage” Crump), enters the jungle. He burns Tarzan’s friend’s village down and kidnaps Jane, in hopes of luring him to Chief Mbonga (Djimon Hounsou), who has a tenuous and bloody history with the lord of the jungle.

He and his tribe also happens to guard a cave filled with diamonds that Leon Rom and the king wants, to fund said railroad operations.

I should give props to Yates and company for approaching this film with a new angle, instead of going with the usual origin story route. However, outside of a few funny and action-packed scenes, like a train hijacking and the buddy cop camaraderie between Tarzan and George Washington, there is truly nothing remarkable about this white bread of a film that stars, well, two white leads. 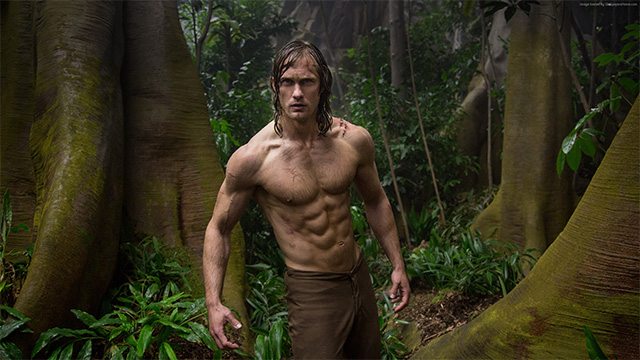 Without Samuel L. Jackson by his side being a half-active-through-predictable foil, Skarsgård is just going through the motions as the stoic yet criminally ordinary action hero. Except with some truly amazing abs.

Waltz’s bad guy schtick was summarized a few paragraphs back, with a bonus of a tacked-on backstory where he was possibly molested in Catholic school that was somehow dropped abruptly, because we needed more scenes of serviceable CGI apes and other Congo wildlife. Every other actor filled their roles adequately: Robbie’s Jane is spunky-yet-still-a-damsel-in-distress archetype, and Hounsou’s Chief Mbonga is the stern and vengeful chieftain.

The socio-political message about slavery and poaching is mishandled, due to the fact that in the grand scheme of things, the aforementioned white breads are claiming to return peace to the Congo which they call their home. That is something that wouldn’t sit so well with this year’s politically correct audience. if the film was played as an homage that concept would have walked away scot-free. Instead, it comes off as unintentionally insincere, such as having Tom Cruise becoming the last samurai. 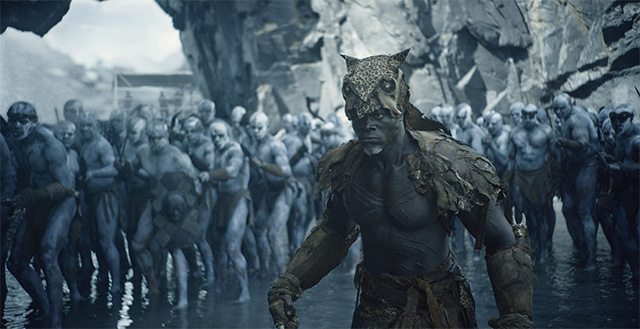 You’ll be second-guessing yourself for figuring out which group this film is targeting. Veterans of Tarzan’s celluloid exploits will find nothing new here despite the “going back into the breach once again” angle. Newbies who hear about Tarzan through whispers and pop culture references will be grasping at straws at figuring out why they should be invested in these characters, since the backstory isn’t portrayed elaborately here.

Our guess? It’s targeting those who are not sick of gritty and dark-colored reboots of franchises they vaguely have heard about, but are too lazy to even scan through Netflix for the older movies. This film is, after all, from the studio who greenlit the unnecessarily dark, gritty, and complicated clash between two iconic DC Comics superheroes. What chance did you think a sequel to an Edgar Rice Burroughs property has in retaining its original colourful motifs?

You could do worse than The Legend of Tarzan if you want to get your “jungle man action” jollies, but you’ll soon wonder why you even bothered in the first place. “Cue anguished cry of Tarzan.”