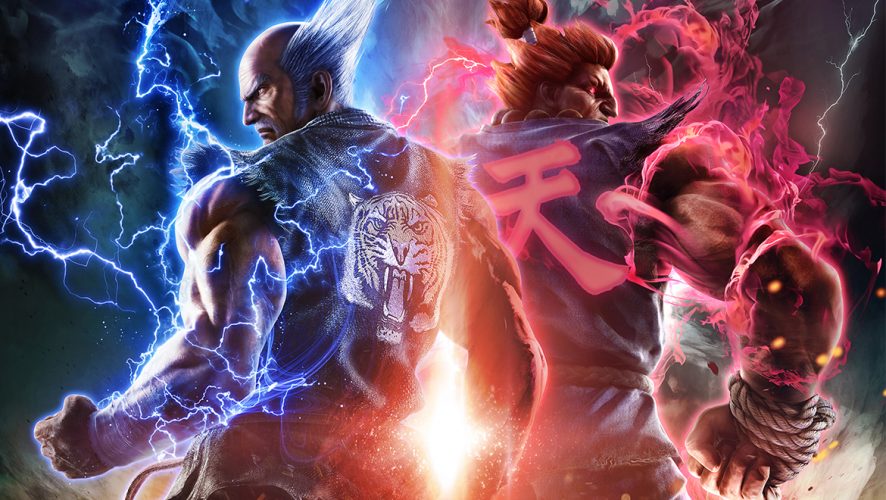 The Tekken series shares a special place in my gaming life as it was one of the first games I ever got for my brand spanking new PlayStation 1 way back in 1995. Most of my time with the game was spent in the Arcade mode and unlocking those amazing CG endings for each character rather than playing against friends in the VS Battle mode. That’s how Tekken 2 and 3 played out for me also. Arcade mode + CG endings = good stuff!

With that, I never played another Tekken game in the series until now. Tekken 7 finally lands on home consoles and it’s time to find out what I have missed. I presume there are many new characters and hopefully some of the classics are still in there and it better have some badass CG character endings! Let’s take a look.. 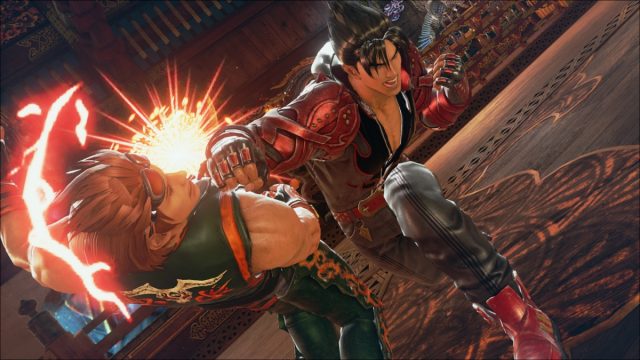 Tekken 7 has a robust suite of game modes right out of the bag that offers something for everybody. Online modes cover Ranked, Player and Tournament matches while the Offline mode has Arcade mode (YES!), VS Battle and Treasure Battle. The Story mode covers ‘The Mishima Saga’ and sees you fighting through a new King of the Iron Fist Tournament. More on all of this later.

Not only is there a massive selection of unlockables ranging from character customization items to player card pieces, you can also unlock ALL the previous games CG intros and character endings! That’s some nostalgia right there! There is also a handy story recap on what happened in each game. I found this very useful as I had no idea what happened in the games after Tekken 3 concluded.

Tekken 7 is to quote a colleague “just like any other Tekken game”. But that’s not a bad thing! It plays like previous instalments, button mapping is the same, combo inputs and the over the top theme is still present.  However, there are a couple of new mechanics that make Tekken 7 pretty interesting and a standout from the rest of the games in the series.

First up is the ‘Rage Art’ mechanic which is basically a Super or a Finisher depending on how you use it. They are very easy to perform. A simple press of R1 and your rage is unleashed. The interesting mechanic here though is there is no meter to fill up while you play in order to Rage Art. Instead, it will become available to use once your health is in critical shape. Then there is ‘Rage Drive’ which acts as an alternative to Rage Arts.  A Rage Drive is a series of consecutive attacks or a single attack which can deal a higher amount of damage. The Rage system adds an extra layer of tactics as a seemingly out of it player could suddenly comeback with a Rage Art that connects.

At the end of the day, it’s the Tekken we all love and the newly added mechanics only make it even better.

The roster also sees a boost with a total of 38 playable characters available (20 on release day and the rest added over time) which include fan favourites and brand new never seen before fighters. This is also the first game to run on the Unreal Engine 4 and boy does it look nice. Plenty of colour and particle effects abound! It also runs very smoothly with no visible drops. Soundwise, this is your standard Tekken game. Dodgy character voicing, a blaring rock soundtrack and the usual booming announcer. The story mode of Tekken 7 is split up into 14 chapters along with some character specific side stories (which need to be selected separately from the story mode) and tells a story of two warring corporations that enveloped the world in conflict and the surprising  return of the King of the Iron Fist Tournament. It’s all very B grade movie style and the narration is absolutely horrendous. Think Resident Evil levels of terrible! The CG cutscenes are generally excellent and the transitions from them to the game are smooth and not distracting. One area where the story is a letdown though is the poor representation of the Middle East. It is the usual cliched portrayal, which is sad in this day and age.

Overall, the story is a silly romp that lets you use many characters and puts you up against enemies you wouldn’t normally see in the VS or Arcade modes. It doesn’t hit the heights of say the Injustice 2 story but it doesn’t need too.  Enjoyable. 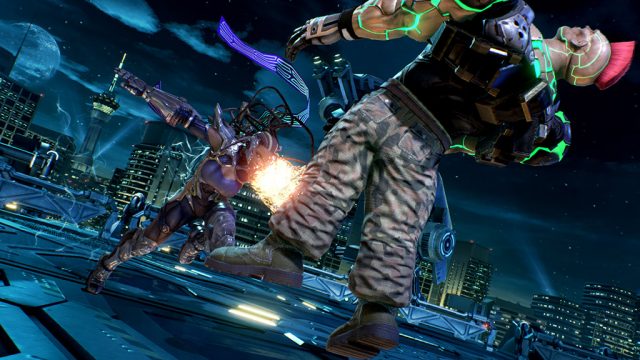 The Arcade mode is your usual affair. Pick a character and fight your way through to that particular characters boss. This was my go to mode in previous Tekken games and here it’s still fun and a good tool to learn new characters but the main reason for me to play was each characters endings. Sadly, Tekken 7 doesn’t feature any individual character endings which basically gives me a reason NOT to play through all the characters which is a big pity.

Horde mode but in a fighting game? Treasure Battle sees you fighting through waves of characters to unlock treasure chests. These chests contain many customization items and also cash to buy more items! Matches can also have modifiers such as double damage and no Rage Arts to name a couple to mix things up a little. This mode seems to replace the Ghost mode from past games and here it works better as there is a reward for every victory. Definitely the go to mode for players who want to train offline. Good stuff! 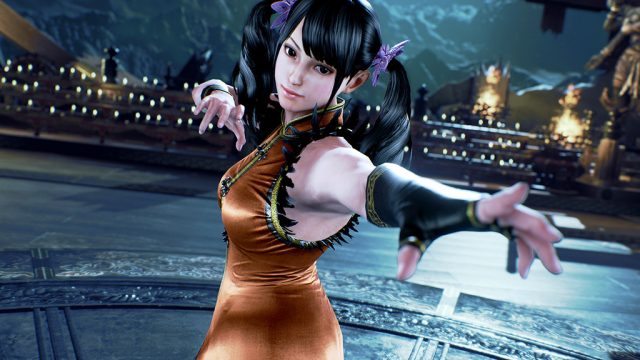 For the online suite, there are the standard Player and Ranked lobbies. You want a casual match with no worries of losing rank then this is for you. Want to prove yourself? Then Ranked it is. One great addition that more fighting games should have is the inclusion of an online tournament mode. Here you can search or create your own tournaments. Hosts can select the tournament type which is either single or double elimination, the number of players (max 8), what player ranks are allowed to join, what language and if simultaneous battles are allowed. This is a fantastic feature that will sure please players who want to play together in a tournament style setup. 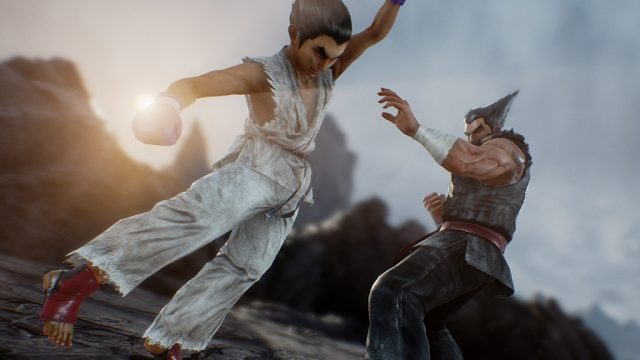 Tekken 7 is a great fighting game. It’s brash, loud and dumb. It is a perfect counter to Injustice 2. Both can sit on your shelf and you will get different experiences out of them. It runs like a dream and the online suite and customization will keep you addicted for many months to come. After not playing any of the Tekken games since the third part, Tekken 7 hit all the right spots for me. If you are a hardcore Tekken fan that’s played all of them, then I can’t say you will find this as rewarding as I did. But hopefully you will.

Tekken 7 is available now on PlayStation 4 and Xbox One.