Stranger Things is a new 8-part original tv series by Netflix. It is also a very good reason to go out and get a subscription if you don’t already have one.

Opting for a return to the classic suspense and horror tropes from specific television and movie genres of the early 80’s, this series is equal parts nostalgic love letter, and an equivalent addition/tribute to the category it adores.

Seen from another point of view, Stranger Things is comprised of a Venn diagram, which sees the intersection of most things Steven Spielberg (with special mention to J.J Abrams’ Super 8), Stephen King (just about everything) and John Carpenter. (The Thing, The Fog, Starman) 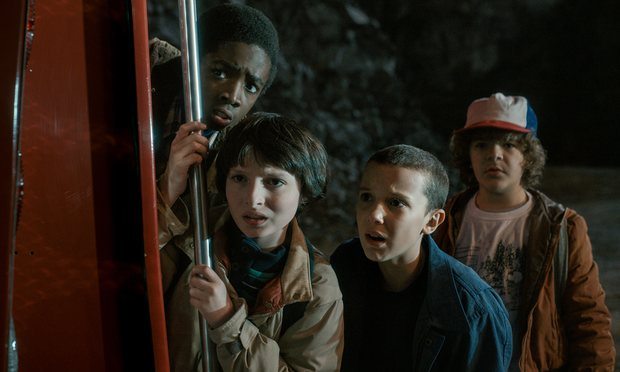 Stranger Things hits the sweet spot between all three. From the beginning titles that have been lovingly recreated in the style of an 80’s celluloid presentation, complete with blemishes and artifacts from impurities only derived from using film stock, to a soundtrack that is pitch perfect with the tones of the era, including synthesizer-based electronic music similar to the Vangelis, Jerry Goldsmith and John Carpenter himself.

Although the key word is “homage”, Stranger Things boasts a story that works on its own. If you are familiar with the movies and shows of that era, there are enough allusions in the plot that will trigger a half dozen references to other films of the era, but the series has its own original story, even if more than often, it does note share the same terrifying, funny and adventurous tones of its historical predecessors. If Star Wars serves as a tribute to pulp fiction and serials that George Lucas loved, Stranger Things is this generation’s equivalent of that. 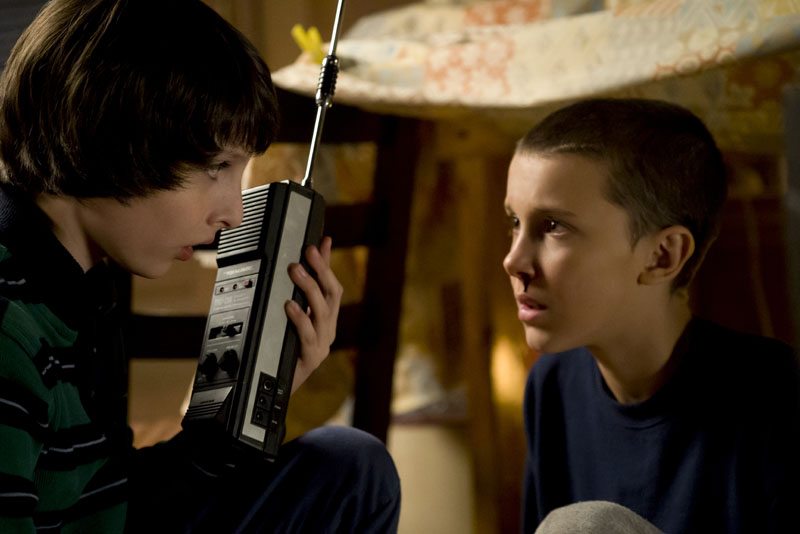 In a small sleepy Indiana town, four little nerdy dorks are completing a Dungeons and Dragons campaign, complete with a dungeon master, dice rolls and a mysterious mythical beast that you know will appear later on in the show . Each child would not be out of sync if they were swapped for Elliott from E.T. or Chris from Stand by Me. As the night closes on their festivities, one in the party travels along a deserted road and subsequently vanishes.

At the same time, somewhere else in the same town, a little girl lost girl appears, frightened and alone.

Throw in a series of strange occurrences and abductions and what follows is a rip-roaring, binge-inducing caper that bounces between sets of players in town, from the bold trio of kids searching for their friend, a distraught mother (Winona Ryder) looking to find her son, a brother dealing with a lost brother and a seemingly insane mother, to a jaded police chief who, after previously dealing with the repercussions of a personal family tragedy, now has a new one to contend with. In a case of what was old now being new again, the meticulous effort taken to capture the mood of the old 80’s source inspirations works surprisingly well here, even as the series itself is an amalgamation of a variety of genres. Winona Ryder and Matthew Modine bring the big name recognition to the show but really, Stranger Things also owes as much debt to the performances of a talented group of soon-to-be-recognized child actors.

Ryder takes the standard archetype of anguished mother, and ratchets her performance up to an exceptional degree, and her presence signals a much welcome return to the screen. Matthew Modine dials back his usual charm to become remarkably menacing. Special shout-outs go to the revelatory performance of Millie Brown, who plays lost girl El aka Eleven, and Gaten Matarazzo as Dustin, the voice of reason and comic-relief in the rebelious trio of sleuthing boys searching for their missing friend. There are moments of great intelligence and humour wrapped in the show, with some of the camp and teen angst lifted from the John Hughes-era soap opera dramatics.

It can’t be expressed enough how impressive this show it, because it also reflects on how there isn’t very much out there in terms of the style that is being presented here. 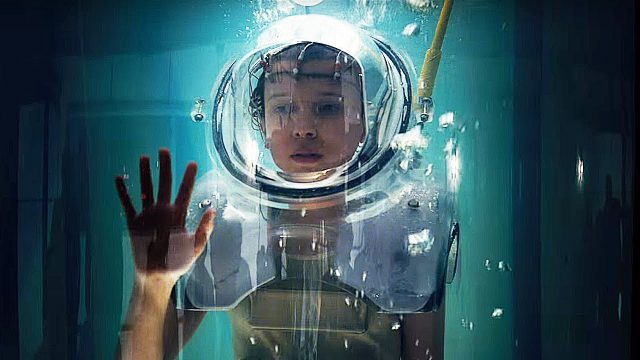 Stranger Things is plotted and paced more like an eight hour movie, rather than ebbing and flowing along as eight television episodes. This makes the series extremely easy to get through in one seating. While there are points in the plot that won’t hold up in a second viewing, even if there are points where the series can be too meta and self referential than it has any right to be, Stranger Things is a much welcome change from the norm. It manages to avoid the pitfalls of being overlong or meandering, while being fun and scary at the same time.

It’s almost Goonies meets Twilight Zone by way of Firestarter. The music is on point both with the soundtrack and mood of the era.

And it’s already far too long for you to not already get to watching this amazing, breathtaking series. Baby boomers and Gen X-ers will relish this series. And tears will be shed at how awesome, awesome can be.

A breathlessly joyful yet terrifying revisit to the old school scares and suspense of yore, Stranger Things is suspense, adventure and sci-fi rolled up into one surprisingly entertaining and intriguing package for the young at heart.