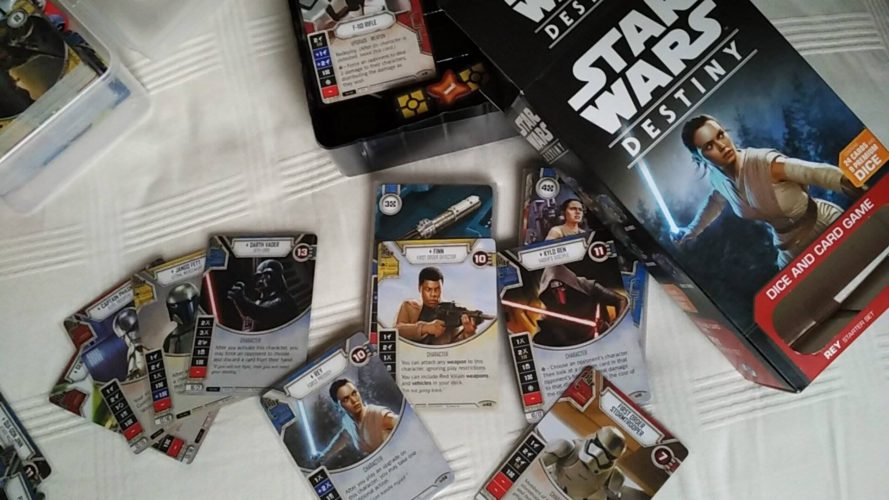 Star Wars: Destiny, the latest collectible dice and card game by Fantasy Flight Games (FFG) is out in the market but you probably won’t find it. FFG would be the same folks who brought us some of these awesome Star Wars table top games.

At the time of the launch of the game, the game was sold out by retail and online stores in US and UK. Demand has exceeded supply at the moment and highly sought after legendary rare cards like ‘Darth Vader – Sith Lord’ can easily fetch a price of USD$40 in the secondary market. Geek Culture managed to call in a favor from the Bothans to get our hands on two starter packs and a box of booster packs.

Star Wars: Destiny is a fast paced 2 player game which is deceptively simple to play. My opponent and I ripped open our starter packs, and it took us just 15 minutes to learn the game with the rule sheet provided by the starter set. We were impressed that while the rule sheet only consists only of a single sheet of paper, and it was sufficient for us to learn the game. In addition, to make things easier, you could simply watch the tutorial video before playing the game:

Essentially, players take turns to perform actions. An action can be to activate a character to roll his/her dice, play a card and resolve its effects, play a dice symbol, reroll dices or pass to claim the battlefield.  To win the game, a player needs to deal enough damage to defeat the opponent’s squad or by forcing your opponent to run of cards to play. I played a few games and each game usually takes 15 – 20 minutes to complete.

The most unique thing which Star Wars Destiny brings to the table is the dice used in the game. Each dice is slightly larger than your regular monopoly dice, is solidly built and has some weight to it. In fact, I needed both hands to properly roll four dice .

The dice also presents a very unique game mechanic where it shows different icons with different effects on each side.

I was initially quite worried that that being a dice game, Star Wars: Destiny would be highly luck dependant and an unlucky dice roll could cost me the game.

I discovered that part of the game’s strategy is to use event cards and abilities to negate very bad rolls. By default, a player could use an action to discard any card to reroll any number of dice which you do not like the results. Some cards even allow you to moderate your opponents excellent rolls. One such card is BB-8 (included in Rey’s starter pack) where its die has a special action (on the roll of the special symbol) to allow the player to change the dice to any side, and has an ability to allow you to reroll one of your dice. This highly effective in changing the tide in battle.

To play the game, you would need to choose between either the Heroes or the Villain side, and select enough characters from the selected side to field 30 points. The beauty of Star Wars Destiny is that you can form thematic decks or mix and match characters from different Star Wars eras. For example, Poe and Finn can go on a bro trip together with lots of vehicles in the deck, or Kylo Ren can finally fanboy and pair with his idol, Darth Vader. Each character has their own unique dice, which is essential to game play with each dice tied to specific actions a character can take. Plus, each character has a normal version where the character uses only 1 dice, and the slightly costed up elite version where the character brings in 2 dice to combat. The rules also states that is that you cannot play two unique characters. (e.g. two Darth Vaders), but you can play multiple non-unique characters (e.g. 3 Stormtroopers).

Next, you would choose 30 cards to form your deck. These cards can be either event cards, support cards and upgrade cards. Some support cards and upgrade card will allow your character to be equipped with more dice. There are some deck restrictions, such as you can only have 2 copies of the same card in a deck, and the cards in the deck must be either neutral, or same colour as your characters.

Finally, you would also choose a battlefield card, which sets the stage where the characters will be dueling on.

Like all Star War tabletop games by FFG, Star Wars destiny features high quality art on the cards, in fact, the box cover art and the Rey and Kylo Ren character cards were done by Darren Tan, a Star Wars artist we featured earlier. However, if you’ve been a fervent follower, you’d notice some of the art has been recycled, even the icons as well.

To start playing Star Wars: Destiny, you would need to shell out at least USD$15 for at least either one Rey or Kylo Ren Starter pack. Inside will contain all a player need to start the game: two character cards, 20 cards, 9 dice, 1 battlefield card and tokens.

To make a complete deck, you would just need to add 10 more cards into the deck. You could get more booster packs which will retail at USD2.99 each. In each booster pack, there are 3 common cards, 1 uncommon cards, and one rare or legendary card with a matching dice.  Alternatively you could just buy singles off the secondary market.

For more variety, I would recommend two boxes of boosters to complement the starter deck, and to form a second deck. This would set you back at least USD$180. I studied the distribution and concluded that each booster box would usually have 6 legendaries, and 30 rares. I noted that it was very unlikely that two of the same legendaries will appear in the same booster box. Buying 2 booster boxes will also guarantee you to get 12 legendary cards and 60 rare cards. This makes it possible to get two of the same dice for the elite version of the characters, or to get spares to sell/trade with the community.

For US and UK, you can easily find and join various communities near you who are playing the game by doing a Facebook search, or visiting a local games store.  For S.E.A countries like Singapore, there is a Facebook group where there is a healthy community of players there.

Geek Culture currently has a few boosters available for sale – Check it out! 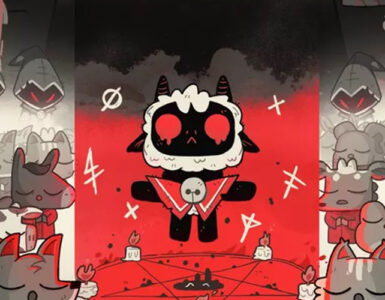