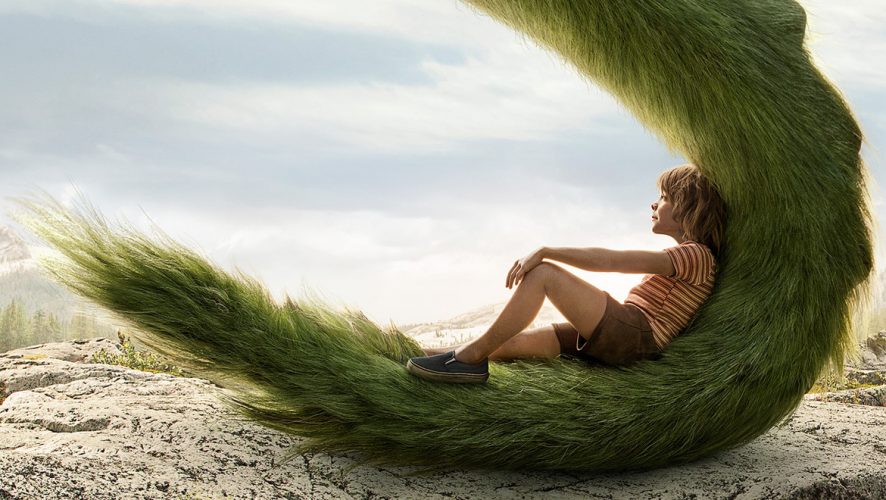 For those who might remember the 1977 Disney animation/live-action hybrid Pete’s Dragon, this is an update of the classic boy and his creature trope, but with the powers of today’s CGI technology powering it.

Thankfully, this version of Pete’s Dragon also has a lot more believable acting. The performance by Oakes Fegley 11 year old Pete is strangely impressive, as new director David Lowery is able to pull off both innocence and a level of maturity beyond Pete’s years. The dragon here is now a glorious, 3D animated beast that looks friendly enough for kids, but scary enough without being a full-on pushover or be underwhelming. This deal is sweetened further with industry veteran Robert Redford pushing the plot forward, both narratively, and having a pivotal role in the plot itself.

The movie starts with Pete and his parents in a station wagon that flips in an attempt to avoid a deer crossing the road. Only Pete survives and he bumps into a friendly looking dragon. Narrator Robert Redford tells the story of a dragon to some children, and clues viewers in on this mythical world of dragons lurking in the north of the Millhaven forest. Named after the puppy in Pete’s treasured storybook, Elliott the dragon becomes Pete’s companion for six years later, as both live in a tree house away from the town.

Their happy and serene life, devoid of civilization, is quickly confronted when loggers start harvesting timber on their side of the forest. Pete, now 11, gets discovered by a kindly ranger, Grace Meacham (Bryce Dallas Howard), who grew up with stories of dragons from her father, the eccentric Meacham (Robert Redford). Wes Bentley is the rangers fiance, Jack, whose daughter (Oona Laurence) plays the entry point for Pete’s return into town.

Establishing the counterpoint here is Karl Urban as Gavin, Jack’s scowling brother, who encounters the dragon in his own way, one who is angry from separation anxiety, while in search of Pete.

Director Lowery comes across as an unexpected choice for the movie, considering the fact the before this, he was known as the guy behind the Texas crime story “Ain’t Them Bodies Saints”. It is hard at first to understand why someone with his resume would be picked to helm this more family-oriented vehicle, but the combination works. You can see some of his grittier touches in the plot, like Pete being orphaned by a gruesome car crash, but he maintains the magical feel of a Disney movie through the strong relationship between the boy and dragon.

His greatest credit though is that while the film is borne of classics such as ET: the Extra-Terrestrial and The Never Ending Story, Lowery makes enough homage to great like Steven Spielberg, but still manages to make this film his own. Creatively, we’ve recently seen a great example of this in the form of Netflix’s Stranger Things.

The charm and magic for this film flows mellifluously from the relationship between an innocent kid, looking to find where he belongs, and a puppy-like dragon separated from its own brood. It is endearing to watch them interact, as there is this quiet focus on this strange bond between the two. While the dragon growls, purrs and grunts, he is seemingly able to understand almost everything Pete says.

The film reels the audience in with a gripping narrative in the first quarter, while staying more Disney-like in the middle portion. But be warned as its cruellest moments arrive right before the tender ones. Compared with the original film, which was filled with cheesy songs sung by abusive parents, this 2016 edition has a much better emotional engagement to it.

With ideas borrowed from Bambi, The Jungle Book, and The Iron Giant, crime director Lowery has succeeded in creating this as the superior family-friendly remake.

The charming relationship between boy and beast is more than enough to keep parents, children and possibly pet owners too!